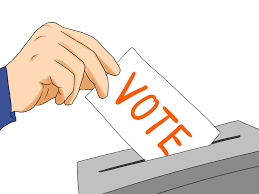 Democracy alone is not the solution

By Sobhi Ghandour* -- As is the case every four years, America currently is witnessing an important election season to choose the president, his deputy, the members of the House of Congress, and a third of the members of the Senate. Elections are a regularly occurring, reliable institution in a true democratic society, and America’s constitutional model is a prime example of power sharing in an active democracy. Despite the brilliance of America’s founding fathers – the authors of the U.S. Constitution, and despite the viable systems and separations of power put in place to secure the life of democracy and prevent the concentration of power, Americans have known and continue to experience contradictions between the principles of the Constitution and facts on the ground.

For example, this brilliant Constitution did not prevent a sweeping civil war between the north and south that engulfed the nation in the 1860s. It did not prevent racism against African Americans, which continues to affect everyday life in many states to this day. Laws resulting in justice, equality, and the rejection of racism in America were not passed until the 1960s. A woman in America could not vote until the 1920s. Women still face a number of obstacles to claim their rights in the workplace despite laws ensuring gender equality at work.

Today, the Constitution of the United States that granted citizens equality before the law is not universally respected or applied with regard to all Americans. Breaches of the law occur in different ways, and they are echoed around the world in many places. This is due to the reality gap between the content of the Constitution and its practical application in society. This is similar to the contradictions between what is written in sacred texts versus the actions that are often perpetrated in their name.

A well-crafted constitution gives rise to democratic systems that result in a political life that is vital in any society; however, is this enough to guarantee the protection of societies and the rights of the people? Democracy by itself is not the solution to problems prevalent in many countries. It is the foundation and the doorway, but it is not the actual building that houses the kind of civil society to which people aspire. Arab world countries, perhaps more than anywhere else, are concerned about this question, which is simply ignored by some of their governments.

The main problem with the call only for democracy in Arab countries is that it separates the concept of democracy from the issues of national liberation and from the Arab identity. Those who advocate for democracy alone could be laying the groundwork for foreign intervention, invasion, and the occupation of national resources, which result in divided countries and societies, as happened in Iraq and Libya. During the administration of George W Bush, the Neoconservatives emphasized the importance of establishing democracy in Arab countries – while they occupied Iraq, and supported Israel’s occupation of Palestinian lands and its military invasions of Lebanon. The Neoconservative administration applied pressure to hold democratic elections in Iraq, as well as in Palestine and Lebanon, while at the same time, strongly opposing resistance to occupation in those countries.

While democracy is urgent and necessary to cure many of the unseen ills within the body of the Arab reality, it cannot be separated from other urgent issues, including national independence, social justice, national unity, and the Arab identity.

Tackling the question of democracy in the Arab world cannot be removed from the threats presented by Israel, or from the agendas of regional and larger powers, including their security, political, and economic agendas. For these agendas to succeed, conflicts must be created in individual countries and in the Arab world as a whole. Democracy and social justice are essential paradigms needed to build societies from within – when that society is united and free. However, when people are subjugated or under foreign control, the means through which democracy is implemented are tied to the interests of the forces that occupy or control the country, which do not permit freedom or autonomy.

The Arab world is experiencing complex crises which require complex solutions. Sharing arrangements of democratic authority and clean elections do not alone guarantee fairness in the political or social arenas, nor national unity, the deterrence of foreign intervention, or freedom from occupation. The entire Arab world, from the Atlantic to the Gulf, is afflicted with these problems.

Comprehensive reforms and authentic democracy are needed, not only in the region but around the world. This is urgent in relations between nations and in the need to respect the will of the people in shaping legal political frameworks and rejecting interference by countries, large or small, in the affairs of other countries.

Freedom has two essential elements. The first is democracy, which is necessary for every country’s citizens, but democracy is not an alternative to the other essential element – which is independence – and that includes independence from foreign intervention. The United States came into existence after they freed themselves from Great Britain’s repression. Then they wrote the framework of laws into a constitution that suited their circumstances, geography, and culture.

What the Arab world needs now is not only regime change but also clarity about viable alternatives and how the revolutionaries or new leaders will implement democracy while rejecting outside interference and remaining committed to national unity and the Arab identity.

Unfortunately, Arab intellectual thought and the realities on the ground are not achieving a healthy balance between democracy, freedom, and national identity. Some are calling for freedom and resistance to occupation from the perspective of rejecting or dividing the Arab identity. Others are committed to Arab identity and freedom, but from within organizations that reject universal democratic principles. This large gap in implementing the goals of democracy, freedom, and Arab identity is not only because of foreign interference; the Arabs also share direct responsibility for it.

It is sad that current efforts to realize democracy in the Arab world are affiliated with sectarianism, calls for foreign intervention, and violent regime change, as well as social division, fragmentation, and rejecting Arabism. Maybe this is the real end game of foreign involvement in many Arab countries, where democracy will be built on a struggle between ethnic groups and religions, instead of a healthy, diverse society. The foreign powers may be using the idea of “democracy” as a weapon to break the Arab world apart and cleanse it of diversity, freedom, and unity.

**This article was originally written and published in Arabic. Translated by Joanne Tucker and edited by Laura Dorn.