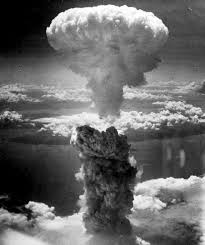 37 years after a mysterious double flash was detected in the South Atlantic Ocean, newly declassified American documents suggest that Israel cooperated with the Apartheid regime; the sources that leaked the information were a former Israeli MK and a senior missile engineer.

bY Ronen Bergman for Ynet News | At the break of dawn on September 22, 1979, an American VELA spy satellite detected a double flash of light over the South Atlantic Ocean. The mysterious flash caused panic in the White House and President Jimmy Carter was immediately briefed on it.

The American administration was concerned that this flash could be a secret nuclear test that someone was trying to hide. The three immediate suspects were: the Soviet Union, South Africa and Israel. More specifically, the Americans suspected possible cooperation between the latter two.

Since then, various contradictory and inconclusive claims arose every few years in an effort to explain that flash of light. At first, the Americans thought it was a nuclear test, but then went back on their initial assumption and claimed it was the result of a technical malfunction in the satellite.

Now, for the first time since that dramatic morning, the answer to the mystery is officially revealed: The CIA had evidence that this was a joint nuclear test conducted by Israel and the Apartheid regime in South Africa.

A collection of newly declassified top secret documents and testimonies, published on Thursday by Georgetown University’s National Security Archive, indicates that most in the American intelligence community believe that this was a first test to demonstrate that Israel’s nuclear “insurance police”—meant to ensure there will never be another Holocaust—is in fact operational.

The collection of documents is released alongside analysis written by Prof. Avner Cohen of the Middlebury Institute of International Studies at Monterey and Dr. William Burr, a senior analyst at the National Security Archive and a nuclear historian.

The newly declassified documents also include surprising information regarding the source of the leak that confirmed the test: two senior Israeli officials.

Shortly after the detection of the mysterious flash, the US was quick to believe it was a test. The CIA sponsored a panel of three outside scientists who looked into the matter, and they determined that “signals were consistent with detection of a nuclear explosion in the atmosphere.”

Their conclusions were based on a plethora of intelligence gathered at the time, including signals measured in Australia and one dead cow in the country whose blood contained a large amount of radioactive material which is characteristic of a nuclear explosion.

While this evidence remains classified to this very day, Cohen quotes an interview he conducted in the 1990s on the topic with Adm. Stansfield Turner, the CIA director at the time, who said he believed Israel and South Africa were behind the explosion.

President Carter was also convinced of that, at least at first. “There was indication of a nuclear explosion in the region of South Africa—either South Africa, Israel using a ship at sea, or nothing,” he wrote in his diary on the day of the explosion.

Carter suspected Israel and South Africa’s nuclear cooperation even before the explosion, and sought clarification on the matter from Israeli Prime Minister Menachem Begin several years prior.

Begin gave him an evasive answer, claiming that Israel was not helping South Africa develop nuclear weapons. But Begin never quite answered whether Israel was cooperating with the Apartheid regime in the nuclear field.

In November 1979, the Office of Science and Technology Policy, part of the Executive Office of the President, established a panel of eight external experts to investigate the matter. The panel “was unable to determine whether the light signal recorded by the satellite was generated by a nuclear explosion or some other phenomenon,” suggesting the flash might have been the result of “the possible reflection of sunlight from a small meteoroid or a piece of space debris passing near the satellite.”

Declaring that Israel conducted a nuclear experiment only six months after the signing of the Camp David Accords—considered a significant achievement of the Carter administration—would leave the United States with no choice but to impose sanctions on the State of Israel.

“For Carter, saying that Israel conducted a nuclear experiment was no less than a terrible nightmare,” Cohen notes.

The panel therefore reached the conclusions that were more convenient to all involved. A classified memo by a senior official at the Defense Intelligence Agency (DIA) from June 1980 dubbed that the White House panel’s report a “whitewash, due to political considerations,” and argued the flash was the result of a nuclear test.

A decade later, Wolfgang Panofsky, one of the most respected physicists on the panel, said in an interview, “We made a ‘Scotch Verdict.’ There wasn’t enough evidence to decide either way.”

In 1980, the panel’s chair, Prof. Jack Ruina, learned the details of what happened that day in the South Atlantic from one of his Israeli visiting fellows at MIT. According to the documents and other MIT information, that Israeli “source” was Dr. Anselm Yaron, a senior missile engineer who had been the head of the Israeli Jericho missile program during the 1970s.

Brig. Gen. (res.) Uzi Eilam, the director-general of the Israeli Atomic Energy Commission at the time, said regarding the leak, “I knew Dr. Yaron well, and he was a special and talented man and a very independent and colorful character. He was the head of the missile project and had no connection to nuclear issues. That is why the story alleging he gave out some information seems strange to me. To the point—the double flash was likely a technical malfunction in the American satellite, and neither I nor Israel were involved in it in any way.”

Shortly after the experiment, CBS’s Israel correspondent Dan Raviv released a story revealing that Israel and South Africa were behind it. He went abroad to broadcast the story to evade the Israeli Military Censor.

Raviv declined to comment on the matter on Wednesday, while Ora Speiser, the former MK’s widow, said in response, “From what I know of my husband, he wasn’t a man who leaks information.”

Even though the newly declassified documents don’t serve as a “smoking gun” that would determine with certainty that the mysterious flash was indeed the result of a joint Israeli-South African nuclear test, they still serve as another foreign testimony that Israel has nuclear weapons and that it cooperated with the Apartheid regime to achieve it.

If Israel did seek to carry out nuclear experiments, as foreign reports claim, it needed a suitable geographic location for such tests and South Africa was the perfect partner to that end. The nation, which was isolated because of the racist Apartheid regime, was desperate for military aid and modern technology. And Israel, the declassified documents indicate, did not hesitate to provide South Africa with what it sought.