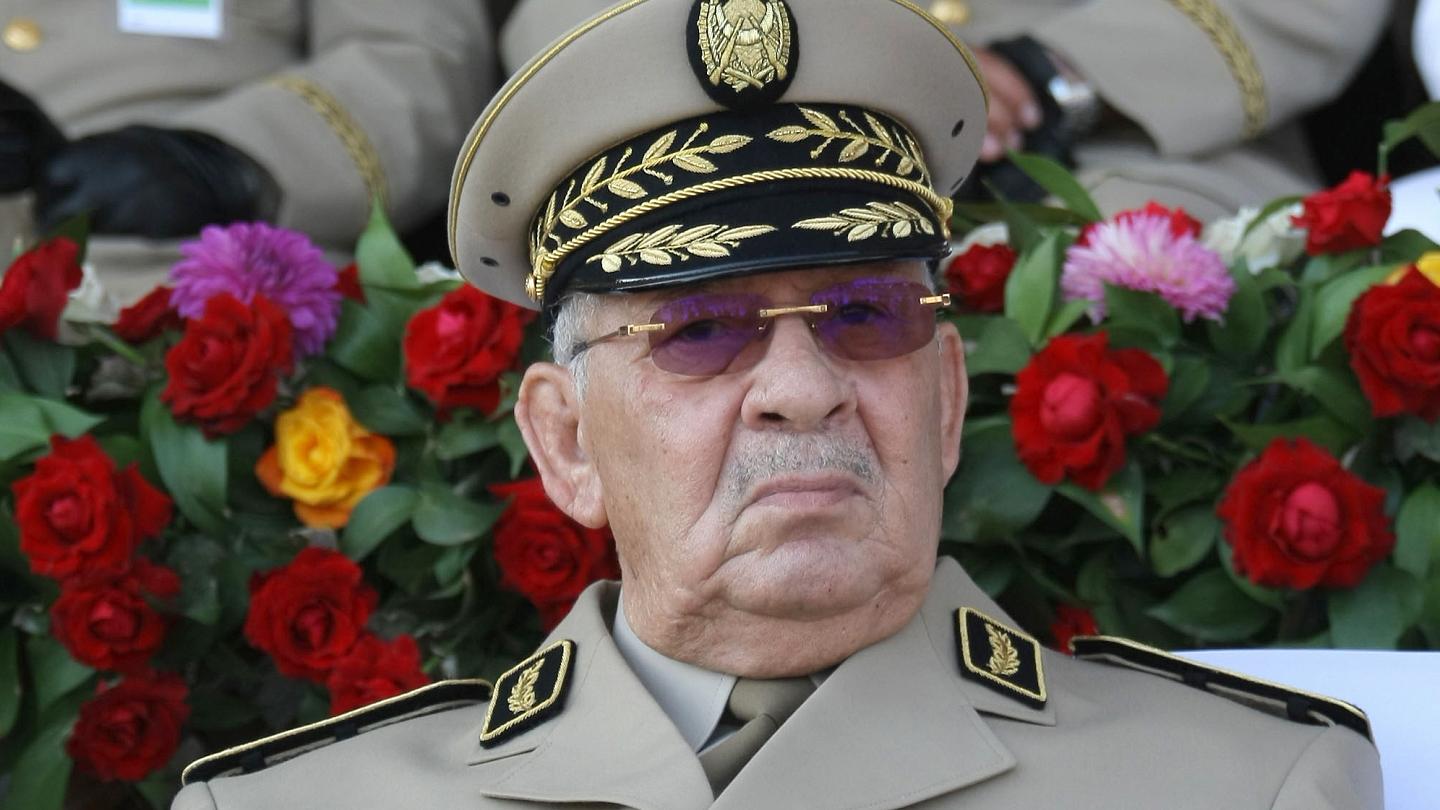 Death of Ahmed Gaid Salah leaves Algeria at a crossroads

This unexpected development has prompted questions about the future of Algeria's political system; it is obviously too soon to tell if Gaid Salah's death will bring further instability to the country, or whether – as some would hope – this will change the forces at work within the system.

Before addressing these questions, however, it is important to talk about the life of Gaid Salah, 79, and the system that he helped entrench in the north African country.

Ever since Algeria gained independence from France in 1962, its army has been the power behind the seat occupied by its leaders. Gaid Salah was himself a central figure within the power structure since 2004, when he was appointed chief of staff by then president Abdelaziz Bouteflika. He got the job because his predecessor, Mohamed Lamari, was dismissed for vehemently opposing Mr Bouteflika's quest for a second term in office.

Born in 1940, Gaid Salah joined the Algerian Liberation Army at the age of 17 to partake in its struggle against colonial rule. After independence, he fought in the six-day, Arab-Israeli war of 1967, as well as the Ramadan War in 1973. He trained at a Soviet military academy thereafter and upon his return, rose to become the army's chief of ground forces.

For the past two decades, Gaid Salah firmly supported Mr Bouteflika – the architect of the chaos Algeria currently finds itself in. He notably helped dismantle the DRS intelligence service, sending its powerful head Mohamed "Toufik" Mediene into retirement in 2015.

Gaid Salah also backed Mr Bouteflika’s unpopular bid for a fifth term in office earlier this year, an announcement that triggered unparalleled pro-democracy protests in February as demonstrators demanded sweeping changes to the way the country is run – including the army's withdrawal from politics. Such was the influence of Gaid Salah, though, that in April he forced Mr Bouteflika to step down after 20 years in power – leaving the former in charge of the country.

Yet even as the Hirak (protest) movement's call for Mr Bouteflika's removal was met, Gaid Salah and the demonstrators traversed parallel roads. Gaid Salah's perception of governance was always outdated and thus antagonistic to the Hirak's specific demands.

He may have played an important role in modernising the army, and was also responsible for an anti-corruption campaign that led to the arrest and conviction of Mr Bouteflika's powerful brother Said and his circle of oligarchs. However, protesters who at first praised Gaid Salah for his involvement began to feel contempt for him. Far from meeting the Hirak’s demands, he ordered the arrest of scores of activists, with many still detained on vague charges such as “harming national unity” and “undermining the morale of the army".

When he announced the presidential election earlier this month, declaring that the ballot would help restore stability in the country, thousands of Algerians took to the streets. They denounced the five presidential candidates who were essentially former apparatchiks of Mr Bouteflika’s government. However, Gaid Salah described those opposing the election to be part of “a criminal gang" who were "full of bitterness and visceral hate for Algeria”. He also ordered security forces to “stop any planned disturbances of the poll".

Mr Tebboune's victory has only reinforced public concern about the election, with many Algerians mockingly labelling the former prime minister as the "chosen one" on social media given his proximity to the chief of staff.

Cut from the same cloth: Algerian protesters are fed up with three Bs

Algeria at an impasse: Bouteflika has promised to go but there is no clear road map ahead

During the past 10 months since the Hirak movement swung into action, Gaid Salah underlined one reality about Algerian politics – the omnipotent power of the army over other institutions and most of all, on political life in the country. His passing, while no doubt being a major event in Algeria’s post-independence history, is unlikely to change that fact. As French historian Benjamin Stora recently put it, “the death of Gaid Salah is not going to lead to a reconfiguration of the political forces”.

He is right. Within hours of his demise, the regime moved quickly to appoint Gen Said Chengriha as his successor; just five years younger, Gen Chengriha is from the same generation of generals as Gaid Salah. And yet two questions arise: first, will the new chief of staff adopt a different approach vis-a-vis the Hirak? And second, will he go on to dismantle the military-dominated regime? The answer of course is: highly unlikely.

The army's dominant role was once again highlighted last week when one of the first steps Mr Tebboune took after being elected was to present Gaid Salah with the order of merit during his swearing-in ceremony. Which means that his sudden death will have come as a setback for the new president, having lost an important ally even as he attempts to tackle the protests.

Mr Tebboune must know that he was elected with the lowest-ever turnout and will need the support of Gen Chengriha in what is a crucial moment in the country's history. Even as his first initiative has been to set up an unconditional dialogue with the Hirak, the new president is facing a Cornellian dilemma: opt for thorough democratisation of the country or maintain status quo.

For so many Algerians, Mr Tebboune appears to be the reincarnation of the previous leadership. And yet there is hope among many others that he might still turn out to be a reformer.