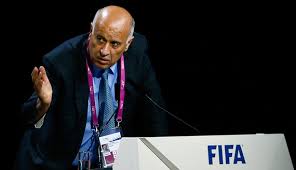 THE LEVANT NEWS — By Jasmin Rasheed — Well-informed Palestinian sources revealed that “Fatah” operatives are directing harsh criticism at Jibril Rajoub, member of the Fatah Central Committee and chairman of the PA Football Association, following the donation of a minibus to the football team of the Islamic Club in Qalqilya, which is close to Hamas.
These sources say that Fatah members were disappointed since the same assistance was not provided to the Fatah-identified Football Club, Al Ahali. The sources said that in the past Rajoub prevented the entry of the Al Ahali Club into the PA premier league. Following this incident, he is treated like a persona non grata in Qalqilya.
Of note that in March 2016, Rajoub harshly criticized the PA Government over its handling of the teachers strike crisis and said it was not a Fatah Government.
According to these reliable sources, Fatah members estimate that Rajoub’s sharp statements against the Fatah Government and his donation to Hamas are part of his deep involvement in the succession struggles. The source said Rahoub tries to develop an image of a social apolitical person and make amends for his former statements against Hamas.
Recently, media reports indicated that the PA Government accepted the proposal of the Justice Minister, Ali Abu Diak, to submit an indictment against Rajoub to the General Prosecutor.