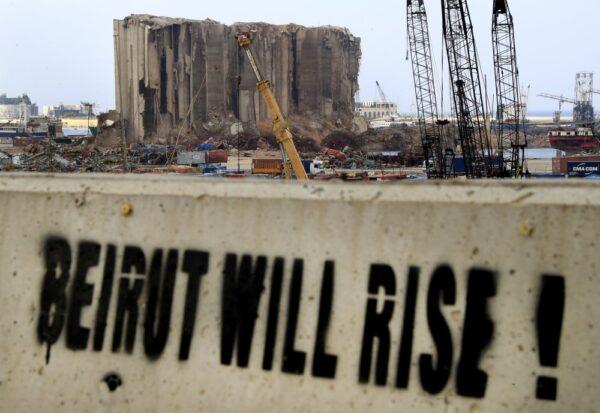 Crime, Oppression and Corruption in Lebanon: The Failed State Trilogy

Unlike neighboring countries, discussing corruption-related offences in Lebanon has rarely been a taboo. Those leading oppressive and extravagant regimes fail to realize they carry the seeds of their own failure. What is not always understood is how corruption bred from oppression affects the country’s social stability and security systems.

By Lea-Ann Moussallem
Under such conditions, legal rules and standards are often nonexistent. Some public officials protect organized criminal groups from law enforcement, which in return replace state security tools and lead to armed groups competing for control of resources.

Usually, individuals cannot easily substitute private welfare for the full spectrum of public security. The government’s prime responsibility is to ensure and provide this social safety to prevent domestic threats and any cross-border invasions or infiltration.

States succeed or fail according to their performance and different levels of effective delivery of the most crucial public goods. In fact, politicians are hardly corrupt by themselves. “They often act in groups, which not only collaborate, but make the illegal action seem righteous and acceptable,” explains security expert Bruce Schneier.

While there is no standardized consensus on which nations have fallen into the failed or collapsed states category, observers attempted to create indexes of “fragile states” to measure countries that have the worst operating governments.

The grading, however, undergoes the same difficulties as other forms of ranking. John Yoo, a law professor at the University of California, argues that “there will be disputes about the dysfunctional nature of a nation’s governmental institutions or the severity of internal armed conflicts”. The ranking may also treat cases differently depending on the cause of the state’s decline.

Technically speaking, Lebanon is well past an inflection point, it is falling further in real time. By every indicator, it is deteriorating. The World Bank has said the country’s economic and financial calamities could possibly be among the top three most severe crises episodes globally since the mid-nineteenth century. This clearly shows how highly corrupt countries are incapable of functioning efficiently or flourishing effectively at an economic level, causing societal suffering and instability within the entire governing system.

Corruption in failed states most affects women, children, and the poor. At a very basic level, the underprivileged are much more prone to paying bribes to access public services, such as health and education. In return, being charged above public utility rates places further economic stresses on deprived families, usually resulting in either higher prices or lower quality services, or both.

Withholding vital services instead of being provided by right has a disproportionate impact on dis-empowered women, whether on an economic, cultural, or dual basis. Their dependence on public aid increases their vulnerability to the different consequences of corruption-related service provision.

In many of its classic scenarios, girls and women are often asked to pay bribes in the form of sexual favors. Refugees, for example, reported being asked for intimate relationships with relief workers during aid distribution in exchange for medicine and food.

“I saw with my own eyes, an old man letting a young woman walk before him.
He may tell her that if she goes out with him, he would give her a box daily.”

So-called “humanitarian assistance” actually sheds light on the various risks present across the programme cycle with corruption taking diverse forms. “These are not limited to financial forms of corruption and include sextortion, nepotism, and political interference,” notes doctoral researcher Thomas Shipley.

Few efforts have been made to curb corruption and promote fundamental rights. Decrepit and neglected public facilities have become a class issue where only those who can afford to pay the necessary bribes or hidden expenditures are able to access quality services.

However, the cost of systematic corruption greatly exceeds the sum of bribes paid. The more entrenched corrupt activity is within a society, the more difficult it is to deal with, because further changes will be required.

In an era of narrowing freedoms and increased human rights violations, Lebanon is descending into a significant -and at times- violent suppression. The bureaucracy has long ago lost its sense of proficient accountability. It solely exists to carry out the orders of the executive and, in petty ways, to oppress its people.

As state authority weakens and fails, and the state becomes criminal in its oppression of its citizens, so lawlessness becomes more apparent. “For protection, people naturally turn to warlords and other strong figures who express or activate ethnic or clan solidarity, thus offering the possibility of security at a time when all else, and the state itself, is crumbling,” writes Robert Rotberg, founding director of Harvard Kennedy School’s Program on Intrastate Conflict.

Generally, corruption prospers in many states, but it often does so on an unusually destructive scale in failed states. There is a slight reason to expect a fully functional social fabric where oppression has eroded respect for rules. “Once the downward spiral starts in earnest, only a concerted, determined effort can slow its momentum; corrupt autocrats and their equally corrupt associates typically have few incentives to arrest their state’s slide, since they find clever ways to benefit from impoverishment and misery,” continues Professor Rotberg.

Indeed, most corruption is practical in the sense that it serves a purpose. Corruption is a sign that public officials have abandoned the rule of law. They begin by subverting democratic norms and coercing the bureaucracy into subservience, thus ending judicial independence, blocking civil society, and suborning the security forces

In conclusion, corrupt practices threaten the path towards a legitimate government, although it may exist as a way of life for citizens in failed states. It is important to realize that failed states are completely man-made, not accidental.

Lea-Ann Moussallem is a young Lebanese author angry with current events in Lebanon. She is a Life-Science student and trainee at the World Youth Alliance. This is her first contribution to The Levant News.