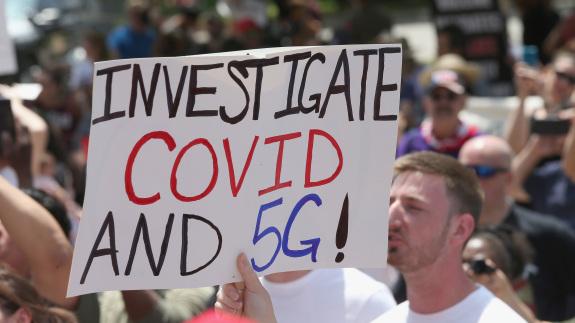 The Center for Countering Digital Hate (CCDH) released a report on Monday citing that the vast majority of anti-vaccine misinformation and conspiracy theories regarding coronavirus disease (COVID-19) originated from just 12 people.

The CCDH report found that 12 online personalities, dubbed the “disinformation dozen,” have a combined 59 million followers across multiple social media platforms, with Facebook having the largest number of followers.

The report further suggests that the disinformation dozen are responsible for 73 percent of all anti-vaccine content on Facebook despite the vaccine being deemed safe by the US government and drug regulators.

The disinformation dozen include doctors who practice pseudoscience, a bodybuilder, a wellness blogger, a religious zealot, and, most notably, Robert F. Kennedy Jr., the nephew of former US President John F. Kennedy.

Kennedy Jr. has previously linked vaccines to autism and 5G broadband cellular networks to the COVID-19 pandemic. He has since been removed from Instagram but not from Facebook.

The report comes shortly after US President Joe Biden blamed the spread of COVID-19 misinformation on social media and said platforms like Facebook are “killing people.”

Meanwhile, Facebook on Saturday defended itself against Biden’s claims and asserted that it should not be blamed for the US missing its vaccine goals.