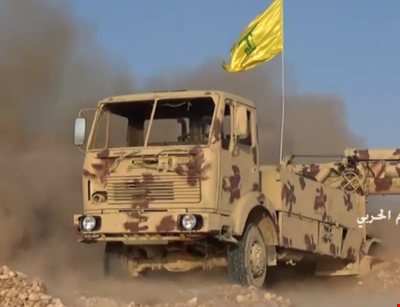 Could Hezbollah succeed in fighting corruption?

By Dr. Haytham Mouzahem — Hezbollah faces today a series of internal and external challenges, which have negative effects on its social environment in Lebanon, most notably the worsening of the socio-economic crisis and the country’s approach to financial collapse, as well as the American and Gulf sanctions.
In recent years, there has been a state of uneasiness in the Lebanese Shia public, which has taken some criticism of Hezbollah’s internal policies, its weak performance on living issues, and its prioritization of the military readiness of the resistance against Israel and the war in Syria. These criticisms have been reflected in some media and social media, as economic and social crises have been exacerbated by the influx of public debt due to bad and corrupt financial management, excessive government spending, waste of public funds and corruption, as well as the repercussions of the Syrian war on the Lebanese economy, especially the burden of more than 1.5 million Syrian displaced on jobs, resources and services. Public debt has become a threat to the state when it reaches the threshold of $ 80 billion.
And many supporters of Hezbollah blame it for leaving the scene to the corrupt people enter the administration of the state as the party avoids entering into internal conflicts to address corruption, which causes a large part of the economic crisis affecting the bulk of its audience, especially in the Bekaa and southern suburb of Beirut.
With the increase of living conditions due to low wages, high prices and taxes, public discontent has worsened, particularly in Baalbeck-Hermel province, which suffers from poor infrastructure and services and increased unemployment. Some candidates for the parliamentary elections launched a campaign against Hezbollah as a partner in the government and accused its deputies of failing in 25 years to develop the region.
On 21 March, his secretary-general, Sayyed Hassan Nasrallah, gave a warning bell during the announcement of his party’s platform for the May 6 parliamentary elections, which included a reform plan calling for the activation of the monitoring role of the parliament, the independence of the judiciary, the strengthening of regulatory bodies, the fight against financial and administrative corruption, and in particular the adoption of the principle of tenders in undertakings. Nasrallah warned that the country’s situation was “financially threatened” to the extent that it could lead to bankruptcy and threaten the existence of the state if excessive spending, corruption and waste continue, considering that the fight against them is a “national priority”.
Nasrallah announced that his party had decided to form a special body within the party, which includes deputies from the Loyalty Bloc and officials and specialists to study the corruption files and the legal, judicial and political mechanisms to confront them, vowing that this would be the priority of his party domestics policy to preserve the state and society.
On 25 May, Nasrallah announced that MP Hassan Fadlallah would be responsible for this body and would coordinate with the party leadership, ministers, deputies and officials, considering that it must wage a broad national battle against corruption and waste, and a “major strategy” to complete the resistance achievement of the liberation in May 2000.
The establishment of a special unit to follow the file of corruption, means that Hezbollah will deal with the issue seriously and that the issue is no longer just slogans.
The appointment of Hassan Fadlallah as responsible of that unit comes because he is an active deputy in the follow-up corruption files such as the illegal Internet and other files.
The Deputy Secretary General of Hezbollah, Sheikh Naim Qassem, announced on 29/5/2018 that his party will support the amendment of the laws to tighten penalties for the corrupt, and that it will cooperate with all those who want to confront corruption through the adoption of tenders transparently, preventing tax evasion and stopping waste.
As for the reasons for the establishment of the committee, the Lebanese analyst Mohammad Murtada says that the first reason relates to Hezbollah’s private environment. The party recognizes that the issue of corruption in the state and the looting of public funds affect the provision of basic services to all the Lebanese people and result in serious deterioration in social conditions, so its community bears alongside its sacrifices under the “resistance project”, the consequences of the socio-economic situations.
Murtada added that the economic situation was in great danger due to the arrival of public debt to the threshold of $ 100 billion, which made the party feel the seriousness of the economic situation.
The Lebanese analyst Abbas al-Sabbagh said that some people blame Hezbollah for its non effectivity against state-building and hope to present a new model of dealing with corruption, similar to its achievements in the liberation of Lebanon from the Israeli occupation and from the Takfiri groups in the hills along with the border with Syria. He pointed out that the file is very thorny and the party insists to fight through exposing corruption issues.
On the possibility of Hezbollah succeeding in light of the spread of corruption in Lebanon for decades, Mortada believes that if the success is intended to stop Hezbollah’s corruption is a great ambition, and the party itself does not claim to be able to achieve, and aspires at this stage to create a positive shock, because people have despaired and surrendered to reality and consider that they are unable to change it. The aim of the party is to mobilize the people and to inform the spoilers of its seriousness and it will push the issues of corruption towards accountability.
But the biggest problem that the party will face is that everything in Lebanon is sectarian. When a corruption-related file is opened, the accused are quick to take refuge behind their sects and turn the cases into a target to the sect.

Tags corruption in Lebanon Could Hezbollah succeed in fighting corruption?

War in the Caucasus: One more effort to shape a new world order

By James M. Dorsey   Fighting in the Caucasus between Azerbaijan and Armenia is about …