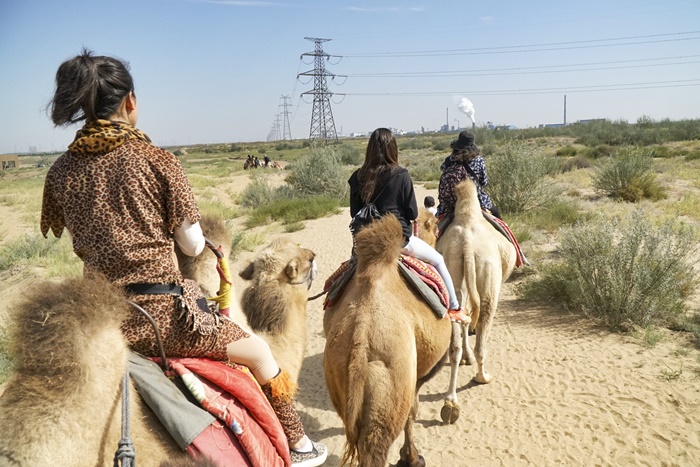 Juma Mohammed Al Kait, Assistant Under-Secretary for Foreign Trade Affairs at the Ministry of Economy, discussed, with a delegation from the Ningxia region of China, headed by Xiang Chigang, Mayor of Yinchuan, ways of promoting their commercial and economic cooperation.

During the meeting, which was held at the ministry’s headquarters in Dubai, both sides highlighted the importance of the economic and commercial relations between the UAE and China, which have witnessed continuous growth, in light of their mutual desire to advance their cooperation to an overall strategic partnership.

Both sides also highlighted the active commercial relations between Ningxia, specifically its capital city, Yinchuan, with the UAE, especially the flower trade.

Al Kait said that Ningxia is connected to the Arab World by many historic and cultural ties, which date back to the ancient Silk Road, and their relations have continued to grow and develop until Ningxia became the leading Chinese region that is open to Arab markets.

He added that the UAE actively participated in the "China-Arab States Expo" that was hosted by the region, which was a platform for communication, discussions, reviewing opportunities, and addressing the challenges related to strengthening and developing the commercial relations between the Arab world and China.

Xiang highlighted the excellent relations between the two countries, especially with Yinchuan and the Ningxia region while expressing his desire to further strengthen their economic and commercial cooperation, to include more development sectors.

He then pointed out that Yinchuan is a famous tourist destination in China and is witnessing growth in its tourism sector, in light of the beauty of its nature, the green areas around the city, and its temperate climate while adding that the city aims to promote this sector, due to its promising opportunities.

Xiang also stressed the importance of strengthening the ties between the business communities of both sides.