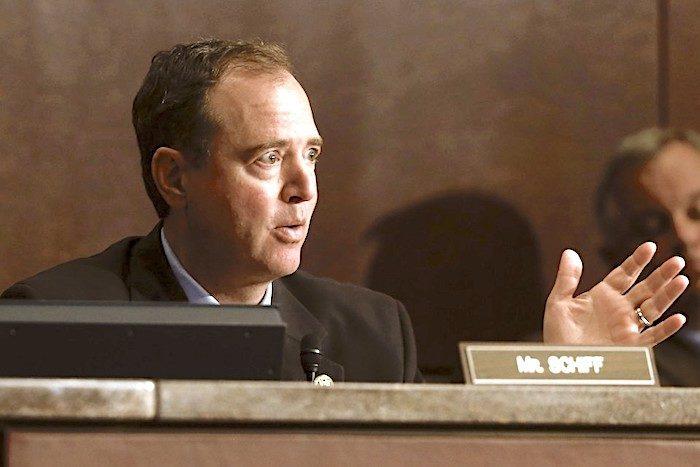 Controversy in congress over Biden trip to Saudi

Congressman Adam Schiff says US President Joe Biden should not visit Saudi Arabia or meet its Crown Prince Mohammed bin Salman (MBS), who was accused by American intelligence of ordering the assassination of journalist Jamal Khashoggi.

A team of Saudi operatives murdered Khashoggi, a Washington Post journalist, in the Saudi consulate in Istanbul, Turkey on October 2, 2018.

Biden, who once called for Saudi Arabia to be made a pariah, on Friday acknowledged the possibility he may visit Saudi Arabia soon, according to American media reports.

Asked if Biden should go to the kingdom and meet the crown prince, its de facto ruler, Representative Schiff said: "In my view, no.”

"I wouldn't go. I wouldn't shake his hand. This is someone who butchered an American resident, cut him up into pieces and in the most terrible and premeditated way," said Schiff, who chairs the House of Representatives intelligence committee.

Saudi Arabia has denied any involvement by the crown prince in the murder and rejected a US intelligence report that assessed that MBS "approved an operation in Istanbul, Turkey to capture or kill" Khashoggi.

"Until Saudi Arabia makes a radical change in terms of (its) human rights, I wouldn't want anything to do with him," Schiff said of the crown prince.

Schiff also dismissed arguments that Biden should visit the kingdom to try to get it to increase oil production and lower American gasoline prices.

The price for a gallon has doubled since Biden took office in January last year, but that same gallon costs $4.81 on Saturday morning, according to data from the non-profit American Automobile Association (AAA). The association said the average gallon of gas cost only $2.39 during the first week of Biden’s presidency.

The gasoline prices are a problem for Biden and his fellow Democrats ahead of the November midterm congressional elections.

Schiff said the United States should wean itself off oil "so we don't have despots and murderers calling the shots."

Several officials told NBC News on Friday that Biden’s planned visits to Saudi Arabia and Israel later this month have been postponed until July.

Sources added that the White House is now planning a more comprehensive trip to the Middle East next month.

“We are working on a trip to Israel and Saudi Arabia for a GCC+3 Summit,” a senior administration official told NBC News. “We are working to confirm dates. When we have something to announce, we will.”

Since the beginning of Russia's military operation in Ukraine and the ensuing spikes in oil prices, the US president has made great efforts to control fuel prices as well as isolate Russia.

Many analysts believe that Biden's current move to travel to Saudi Arabia is in line with the effort.

The Project on Middle East Democracy said on Twitter that the visit "is a slap in the face to activists, dissidents, women human rights defenders, journalists, & everyday citizens - in Saudi and abroad - who have been imprisoned, disappeared, and murdered.”

US relations with Saudi Arabia have been strained since the assassination of Khashoggi.

Biden, after winning the presidential election and even in the election campaign, had repeatedly said that bin Salman was the main perpetrator of this crime. But to date, no practical action has been taken by the White House in this regard.

Democratic members of the US House of Representatives had introduced two bills to penalize MBS for his personal role in the violent murder of Khashoggi.

Congresswoman Ilhan Omar said back then that the legislation would freeze the Saudi crown prince’s assets and impose a visa ban on him.

Biden also scaled back support for the Saudi-led war in Yemen amid disgust over civilian casualties.

Saudi Arabia has repeatedly managed to get the support of US administrations that initially sought a greater distance.