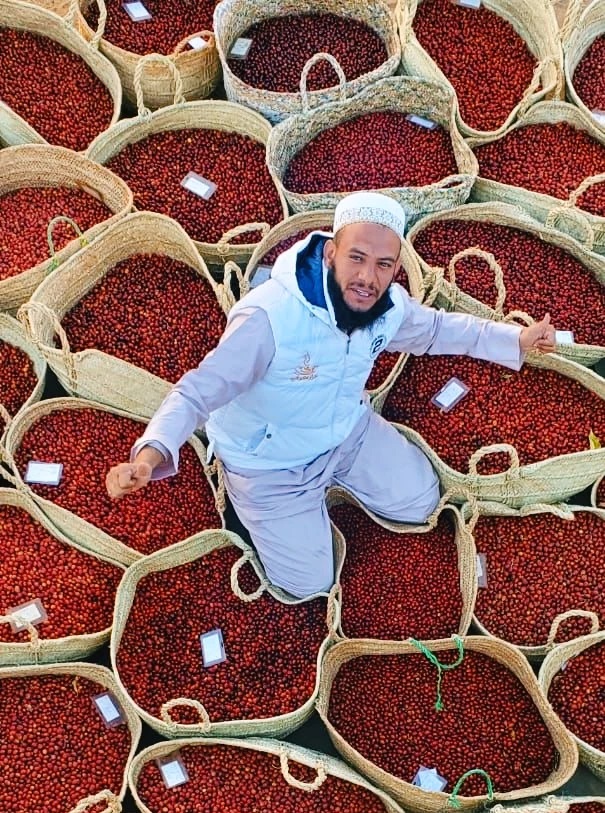 Coffee is not always only about coffee

Jabal Haraaz is a mountainous region in the Southeastern Yemeni Peninsula. It is a collection of beautiful medieval villages. Coffee has been farmed and traded in the area since the 1400s.

By Arthur Blok
Most farmers in this region are from the Dawoodi Bohras, a highly literate and tight-knit community. Some 3,000 of them, almost 600 families, live in the Eastern Haraaz region scattered over many villages.

However, with the picturesque banks of green farming terraces and gingerbread-like houses comes a dark history, as these communities were once known for their extensive Qat cultivation.

Qat was introduced to this area before the Islamic Era. The dark green leaves contain a stimulant that causes excitement, loss of appetite, and euphoria. Chewed fresh by more than 90% of the people, it's the region's most popular drug.

The leader of the Bohra community, Sultan ul Bohra Dr. Syedna Mohammed Burhanuddin, led the community for half a century. In the 20th century, he issued numerous directions against the "the evils" of Qat cultivation, sale, and consumption. Despite his best efforts, as many as 95% of the Bohra community were still involved in Qat farming by 1999.

A dramatic intervention was required. And it came in the form of a program to financially assist the farmers ready to transform their Qat leaves into coffee plants. The financial assistance program led to the "Qat to Coffee" revolution.

Motivated by a mission to share stories like that of the Eastern Haraaz farmers with the world, Sheikh Dr. Qassimi & Mansoor created a company that aims to make an impact beyond traditional business-to-consumer and business-to-business models. The world's first human-to-human coffee trading company. One that is committed to the ethical and fair sourcing of coffee and, above all, cultivating and honoring the coffee farmer communities.

"The courage shown by Sultan ul Bohra Dr. Syedna Mufaddal Saifuddin and his revered father in the past decennia in helping their people transform their farmland is something we have the deepest respect for," emphasized Dr. Sheikh Majid Al Qassimi. "Only men of their stature could take this decision."

People’s Coffee takes an integrated, holistic approach to the coffee trade, involving itself in the agricultural side, the production and processing and the sale of wholesale and retail, green and roasted coffee.

But it's when I sat down with Ali Mansoor at a People's Coffee Master Class recently that I could see the depth of the conviction. The true passion for the mission. To tell the story behind the coffee. The story of the people behind the coffee. It was the glimmer in his eye and the excitement in his voice that convinced me of the most important truth about coffee:

Coffee is not about coffee. It's about people.