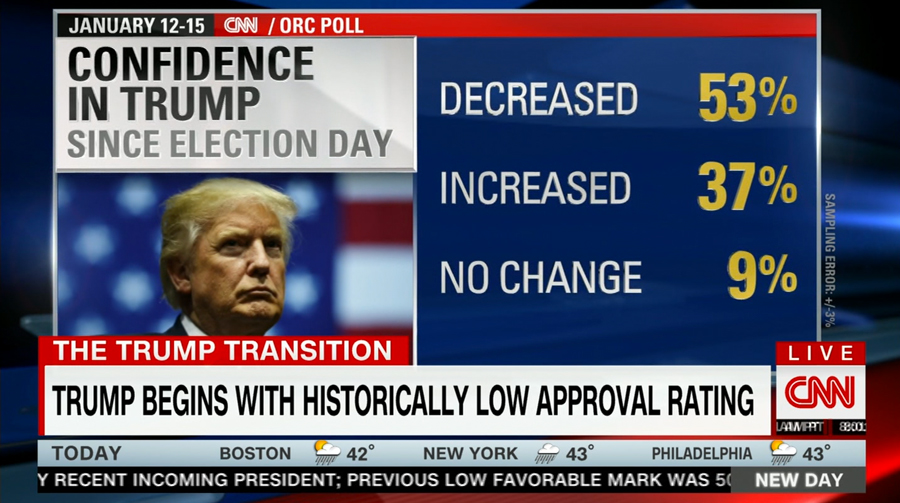 A CNN story on Tuesday about an anonymous Reddit user who created a widely circulated video of President Trump wrestling the network’s logo to the ground has inspired multiple backlashes. Some criticized it as a form of blackmail. Others raised issues of journalism ethics over the network granting conditional anonymity to the user.

The 28-second video and its source have been the subject of questions since Sunday morning, when the president tweeted it as he continued his attacks on the news media. The tweet, which was retweeted by the official presidential account, has become Mr. Trump’s most-shared post on Twitter, The Associated Press reported.

CNN said on Tuesday that it had found and spoken to the Reddit user, who had apologized for creating the video and other posts that were racist and anti-Semitic, including one that added Jewish stars to photos of CNN personalities. A CNN reporter, Andrew Kaczynski, said he had confirmed the user’s identity and had spoken to him by phone.

But the article by Mr. Kaczynski did not identify the user as anything more than a “private citizen.” Mr. Kaczynski later said on Twitter that the Reddit user was a “middle-aged man.”

CNN wrote in the article that it was not publishing the user’s name “because he is a private citizen who has issued an extensive statement of apology, showed his remorse by saying he has taken down all his offending posts, and because he said he is not going to repeat this ugly behavior on social media again. In addition, he said his statement could serve as an example to others not to do the same.”

It continued: “CNN reserves the right to publish his identity should any of that change.”

The last line struck critics as sinister or as a veiled threat, a characterization Mr. Kaczynski strongly denied on Twitter. A hashtag, #CNNBlackmail, lit up among people, especially on the right, claiming CNN was pressuring the Reddit user not to mock the network again.