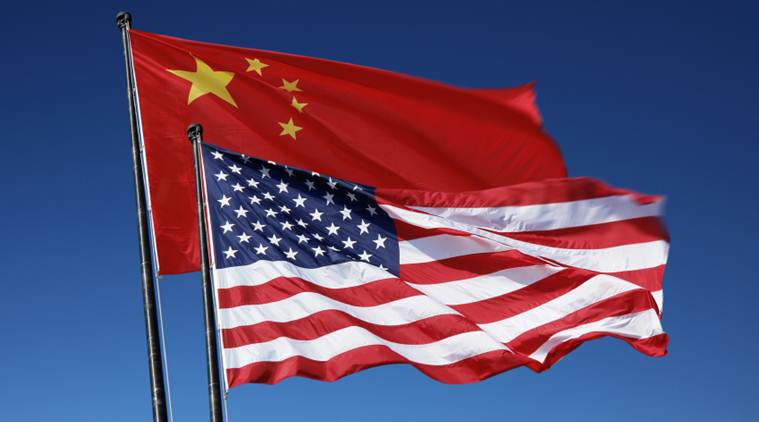 China’s economy expanded at a slower pace in the second quarter as Beijing’s efforts to contain debt hurt activity, while June factory output growth weakened to a two-year low in a worrying sign for investment and exporters as a trade war with the United States intensified.
The world’s second-largest economy grew 6.7 per cent in the last quarter year-on-year — matching expectations — and looks set to meet the official 2018 growth target of around 6.5 per cent, though the trade row with Washington, a slowing property market and lower shipments have sharply increased the risks to the outlook.

“We expect growth in H2 to be challenged by the slow credit growth and softer real estate activity. Also, the intensifying trade conflict with the US will start to weigh on growth,” Louis Kuijs, Head Of Asia Economics for Oxford Economics in Hong Kong, wrote in a note.
The second quarter GDP figure was slightly below the first quarter’s 6.8 per cent, the National Bureau of Statistics said on Monday, with net exports a drag on overall first half economic growth.
As the trade tussle with Washington shows no signs of ebbing and the external sector continues to weigh on China’s economy, more timely monthly activity data indicated growth was slowing at a faster pace going into the second half of the year.

First-half fixed asset investment growth was a record low, while industrial output for June matched the slowest growth rate in over two years at 6.0 per cent and missed forecasts centred on 6.5 per cent expansion.
The data weighed on Asian markets, adding to concerns about the impact from the Sino-U. S. trade war on the global economy and China. The Shanghai Composite Index and the blue-chip CSI300, the world’s worst-performing major indexes this year, each fell over 0.6 per cent. MSCI’s broadest index of Asia-Pacific shares outside Japan fell 0.4 per cent.
On a quarterly basis, growth picked up 1.8 per cent from 1.4 per cent in the first quarter, beating expectations of 1.6 per cent growth, mainly supported by domestic consumption.
While factory output growth slowed overall, China’s steel mills churned out record amounts of the construction material in June as producers rushed to cash in on hefty margins.
Slowdown risks, government support
China’s economy has already felt the pinch from a multi-year crackdown on riskier lending that has driven up corporate borrowing costs, prompting the central bank to pump out more cash by cutting reserve requirements for lenders.
Data on Friday showed China’s exports grew at a solid pace in June, though analysts suggest front-loading of shipments ahead of tariffs taking effect may have boosted the figures.
The administration of US President Donald Trump has raised the stakes in its trade row with China, saying it would slap 10 per cent tariffs on an extra $200 billion worth of Chinese imports. That threat came only days after both countries slapped tit-for-tat tariffs on $34 billion worth of each other’s goods.
The property market, one of the economy’s key drivers, also slowed, as property investment posted its weakest growth in six months in June, with sales also cooling.
Faced with a slowdown in domestic demand and the trade war risks, Chinese policymakers have started to step up support for the economy and have softened their stance on deleveraging.
Some analysts are calling for even stronger measures.
“If the situation gets worse a lot faster than what we expect I do think Chinese authorities need to beef up supportive measures, both fiscal and monetary,” said Iris Pang, Greater China Economist at ING in Hong Kong.
Statistics bureau spokesman Mao Shengyong told reporters on Monday that he expects more infrastructure projects to be launched after the government completes its inspections on local government debt.
But a sustained rebound in infrastructure spending could indicate some backtracking on deleveraging, especially if credit growth also picks up, likely exacerbating the country’s debt challenge.
Fixed asset investment in infrastructure grew 7.3 per cent in the first half of the year, compared to 21.1 per cent in the first half of 2017.
Consumers to the rescue?
China is looking to consumer spending to drive the economy as it rebalances away from government-driven investment and the export sector, but the evidence in the first half was less encouraging than headline statistics suggested.
Final consumption contributed 78.5 per cent of first half growth, compared to 63.4 per cent in the same period last year, and higher even than in the first quarter, when spending typically peaks due to the influence from the Chinese New Year holiday.
But that data also includes government spending and is pushed up when net exports are a negative factor as they have been this year.
Retail sales growth picked up in June from May, but year-to-date growth is down to 9.4 per cent from 10.4 per cent in the first half of last year. The surveyed jobless rate in June was unchanged from May at 4.8 per cent.
While economists are generally sanguine about China’s slower growth trajectory, many are wary of the risks to the outlook from the escalating trade dispute with the United States.
“Uncertainty about the scale and composition of US tariffs on China’s exports is already dampening business confidence and delaying investment, especially cross-border investment,” Oxford Economics’ Kuijs said.
“If the US and China do not resume talks in the next two months or so, the conflict will escalate further, with major economic implications for themselves and the global economy.”

By The Levant - 55 mins ago
Russia said on Tuesday it was investigating the torture of Russian soldiers held prisoner in Ukraine and recently released as part of a prisoner swap with Kyiv in late June.  The Russian Investigative Committee, which probes major crimes, said in a statement that it was "verifying facts of inhuman treatment of Russia soldier prisoners in […]
Read story

By The Levant - 60 mins ago
U.S. officials have said that the bullet that killed veteran Al Jazeera reporter Shireen Abu Akleh was likely fired from an Israeli position. But they said it was too badly damaged to reach an absolute determination, and that there is "no reason to believe" she was deliberately targeted. State Department spokesman Ned Price, announcing the […]
Read story