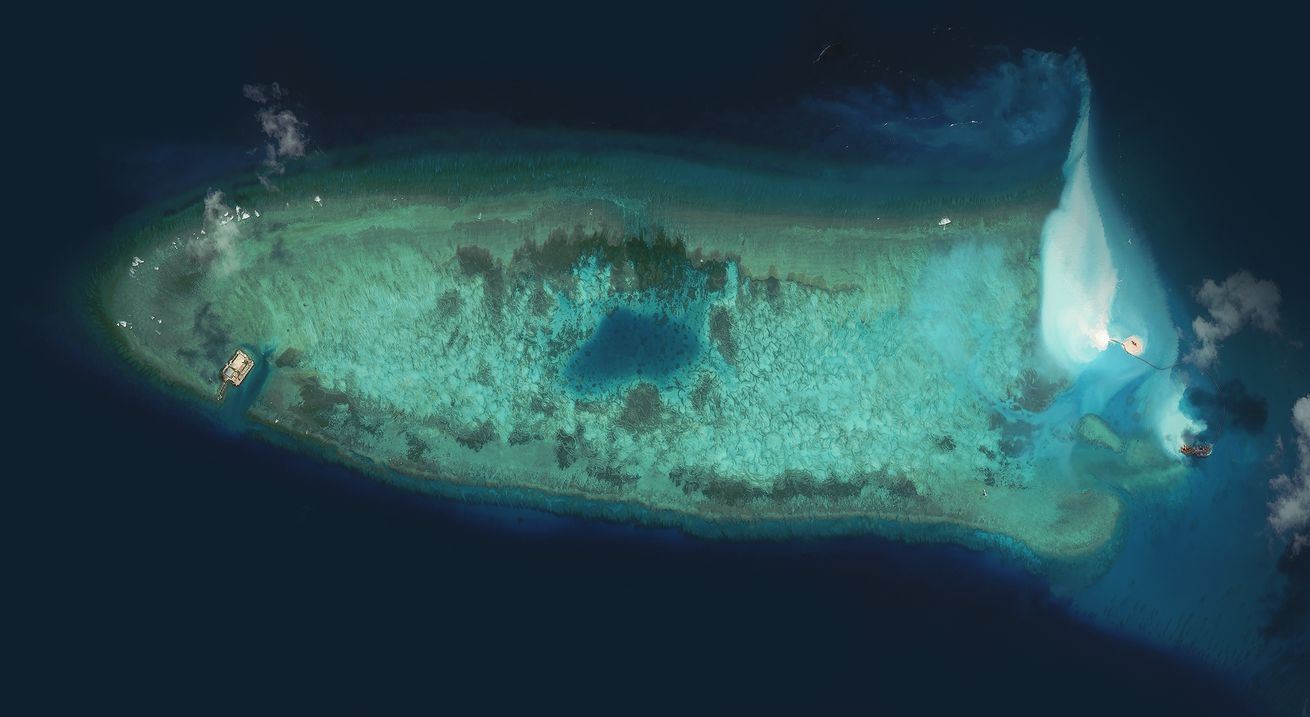 China's defense ministry said in a statement that two US warships, the Antiem guided missile cruiser and the USS Higgins destroyer, entered disputed waters around the Paracel Islands before the Chinese navy intervened in what it considers to be a "serious infringement on China's sovereignty."

"Chinese military took immediate actions by dispatching naval ships and aircrafts to conduct legal identification and verification of the US warships and warn them off," Wu Qian, defense ministry spokesman, said.

The spokesman also called the US move "provocative and arbitrary," which he said "undermined strategic mutual trust between the two militaries."

China has held de facto control over the Paracel Islands since 1974, however Taiwan and Vietnam also have competing claims to the area. The US warships reportedly came within 12 nautical miles of the islands.

Satellite view of one of the islands part of the Paracel Islands in the disputed South China Sea. Google Maps
According to Reuters, the US freedom of navigation operation was a targeted measure against China's growing influence in the region.

The move comes at a sensitive time between the US and China. Last week the Pentagon disinvited China from an international military exercise in an effort to send a message about the country's activities in the South China Sea.

"China's continued militarization of disputed features in the South China Sea only serve to raise tensions and destabilize the region," Department of Defense spokesman, Lt. Col. Christopher Logan, said in a statement.

In addition, the US has been sparring with China over trade imbalances as the two nations continue talks to prevent an all-out trade war.