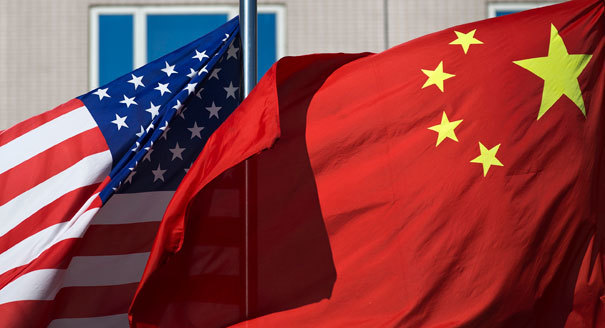 China is waging a 'quiet kind of cold war' against US, top CIA expert says

China is waging a "quiet kind of cold war" against the United States, using all its resources to try to replace America as the leading power in the world, a top CIA expert on Asia said Friday.

Beijing doesn't want to go to war, he said, but the current communist government, under President Xi Jinping, is subtly working on multiple fronts to undermine the U.S. in ways that are different than the more well-publicized activities being employed by Russia.

"I would argue ... that what they're waging against us is fundamentally a cold war -- a cold war not like we saw during THE Cold War (between the U.S. and the Soviet Union) but a cold war by definition," Michael Collins, deputy assistant director of the CIA's East Asia mission center, said at the Aspen Security Forum in Colorado.

Rising U.S.-China tension goes beyond the trade dispute playing out in a tariff tit-for-tat between the two nations.

There is concern over China's pervasive efforts to steal business secrets and details about high-tech research being conducted in the U.S. The Chinese military is expanding and being modernized and the U.S., as well as other nations, have complained about China's construction of military outposts on islands in the South China Sea.

"I would argue that it's the Crimea of the East," Collins said, referring to Russia's brash annexation of Ukraine's Crimean Peninsula, which was condemned throughout the West.

Collins' comments track warnings about China's rising influence issued by others who spoke earlier this week at the security conference. The alarm bells come at a time when Washington needs China's help in ending its nuclear standoff with North Korea.

On Wednesday, FBI Director Christopher Wray said China, from a counterintelligence perspective, represents the broadest and most significant threat America faces. He said the FBI has economic espionage investigations in all 50 states that can be traced back to China.

"The volume of it. The pervasiveness of it. The significance of it is something that I think this country cannot underestimate," Wray said.

Susan Thornton, acting assistant secretary of state for East Asian and Pacific affairs, said increasing the public's awareness about the activities of the hundreds of thousands of Chinese students or groups at U.S. universities could be one way to help mitigate potential damage.

"China is not just a footnote to what we're dealing with with Russia," Thornton said.

Marcel Lettre, former undersecretary of defense for intelligence, said China has the second-largest defense budget in the world, the largest standing army of ground forces, the third-largest air force and a navy of 300 ships and more than 60 submarines.

"All of this is in the process of being modernized and upgraded," said Lettre, who sat on a panel with Collins and Thornton.

"The Pentagon has noted that the Chinese have already pursued a test program that has had 20 times more tests than the U.S. has," Lettre said.

Franklin Miller, former senior director for defense policy and arms control at the National Security Council, said China's weapons developments are emphasizing the need to have a dialogue with Beijing.

"We need to try to engage," Miller said. "My expectations for successful engagement are medium-low, but that doesn't mean we shouldn't try."