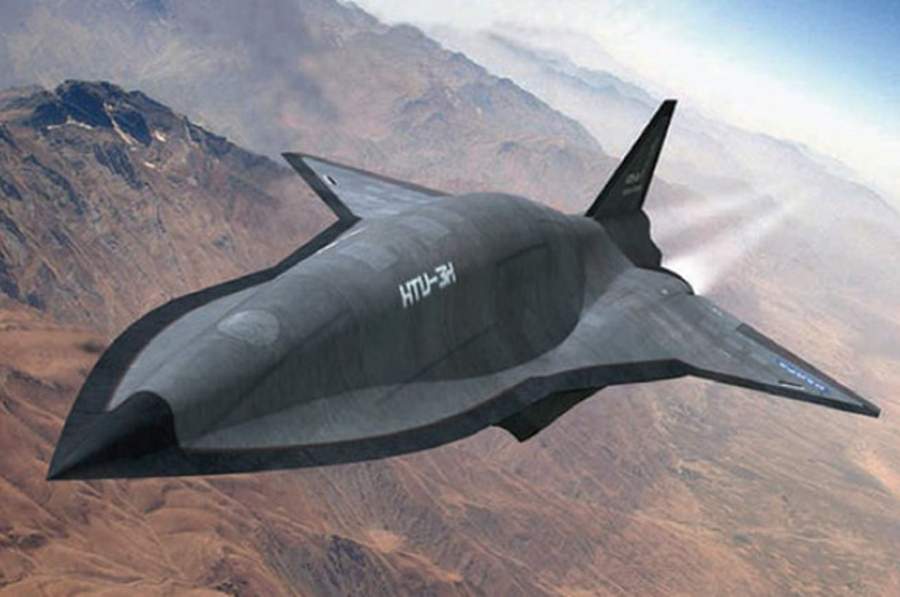 The flight vehicle was launched at a target range in Northwest China with a multi-stage rocket before being released in the air, making "large-angle turning maneuvers," and achieving a top speed of Mach 6, or 4,563 mph, the academy said.

Starry Sky-2, a hypersonic flight vehicle, was tested in Northwest China on Friday.  (China Academy of Aerospace Aerodynamics)
The aircraft then landed in a designated landing zone, where it provided researchers with "effective" test data.

“The test…has laid a solid technological foundation for engineering applications of the waverider design,” officials said in a statement to the South China Morning Post.

The Starry Sky 2, a waverider, is a hypersonic flight vehicle that uses shockwaves generated by its own flight in the air to glide at a high speed, and features a wedge-shaped fuselage.

The vehicle uses shockwaves generated by its own flight in the air to glide at a high speed.  (China Academy of Aerospace Aerodynamics)
Song Zhongping, a Chinese military expert, told The Global Times the test was a "breakthrough," and added the waverider can carry both conventional and nuclear weapons.

"The test showed that China is advancing shoulder-to-shoulder with the US and Russia," Song told the news outlet.

Song added that since the waverider flies so fast, it challenges current anti-missile defense systems designed to protect against slower cruise and ballistic missiles.

The waverider can travel so fast, it challenges current anti-missile systems.  ( China Academy of Aerospace Aerodynamics)
The test on Friday was the first time China publicly disclosed the development of the waverider. The U.S. and Russia have been researching and testing waveriders since 2010.

China has been developing the aircraft for three years.  ( China Academy of Aerospace Aerodynamics)
Chinese officials said the design of the Starry Sky 2 took three years to develop, according to China Daily.

Besides military use, an unnamed official told the Global Times the technology may be adapted to a civilian role, including in industrial transport.