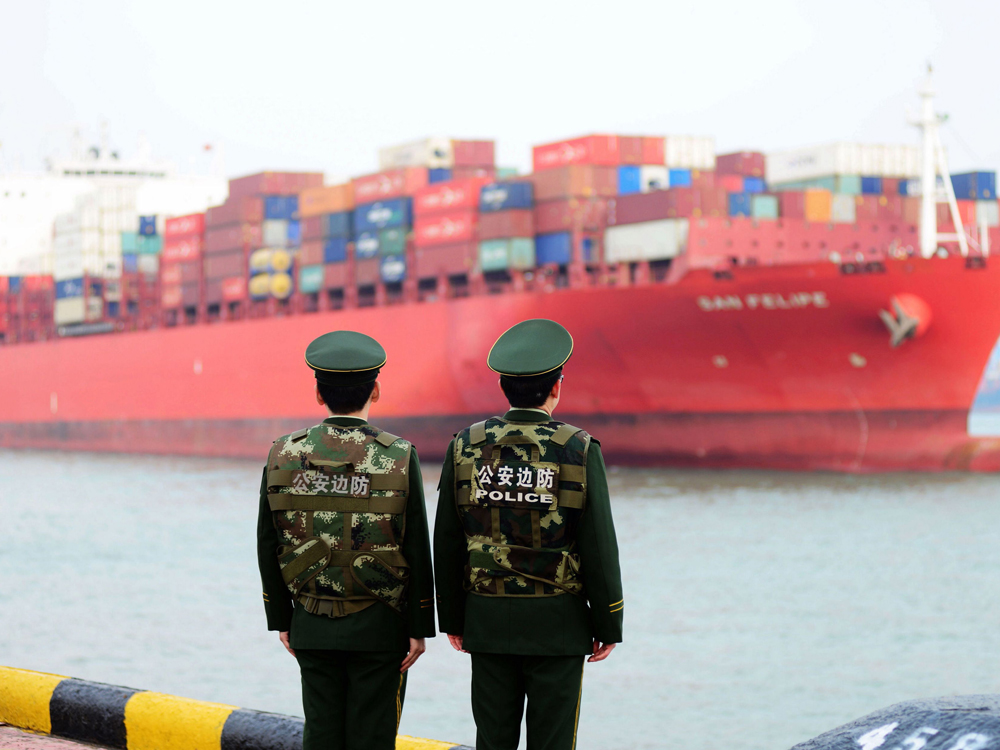 China says it never backs down in the face of threats after trade salvos with U.S.

China has never surrendered to external pressure and it will win any trade war with the United States, the nation’s state media stressed in a series of editorials and columns in the hours after the world’s two top economies targeted each other with steep tariffs.

While China’a Ambassador to the United States Cui Tiankai stressed in comments to reporters in Washington that Beijing’s preference was to resolve the trade dispute through negotiations, Beijing’s official mouthpieces were taking a more belligerent line.

“Within 24 hours of the U.S. publishing its list, China drew its sword, and with the same strength and to the same scale, counterattacked quickly, fiercely and with determination,” the paper said in a commentary on Thursday.

“The confidence to know that [China] will win the trade war comes from the scale of [China’s] consumer market,” the paper said, noting that China’s market potential is incomparable to other economies.

Many American consumer product and industrial companies see the Chinese market as a big source for future growth given the continued rise in the number of people joining both the middle class and the wealthier levels of Chinese society.

The United States’ proposed list of $50 billion in duties on Chinese goods is aimed at forcing Beijing to address what Washington says is deeply entrenched theft of U.S. intellectual property and forced technology transfer from U.S. companies.

China hit back within hours with its own threatened tariffs on U.S. imports including soybeans, planes, cars, whiskey and chemicals.

The official Xinhua news agency said late on Wednesday that the U.S. tariffs proposal would cost the United States “dearly”.

“China will not be afraid or back down if a trade war is unavoidable. The country has never surrendered to external pressure, and it will not surrender this time either,” Xinhua said.

The apparent determination not to retreat is at the polar opposite of comments by White House National Economic Council Director Larry Kudlow, who told Fox News Channel on Wednesday: “I believe that the Chinese will back down and will play ball.”

Shortly after U.S. President Donald Trump’s administration issued its list, China’s ambassador to the World Trade Organization urged all of the trade body’s members to join with China to counter U.S. trade abuses.

“China’s counter tariffs are a spectacular way of standing up to America’s bullying tactics, not only for itself, but for other countries threatened by the United States’ new trade policies,” the nationalist Global Times said in an editorial on Thursday.

While Beijing’s claims that Washington is the aggressor and spurring global protectionism, China’s trading partners for years have complained that it abuses WTO rules, and practices unfair industrial policies at home that lock foreign companies out of crucial sectors with the intent of creating domestic champions.

China has repeatedly pledged that it would open up sectors such as financial services, including promises to the Trump administration last year that it would give “full and prompt market access” to U.S. payment network operators.

But despite a 2012 WTO ruling that China was discriminating against foreign payment card companies, no U.S. firm has yet been granted a license.

Trump has said in speeches that the United States will no longer let China take advantage of it on trade, and bipartisan support has been steadily building in Washington to address what are seen as Chinese abuses.

Washington’s some 1,300-product long list was focused on Chinese industrial technology, transport and medical products and tailored to do the least damage to U.S. consumers.

China appeared to be angling to inflict political costs on Trump by striking at signature U.S. exports, including soybeans, frozen beef, cotton and other agricultural commodities produced in states from Iowa to Texas that voted for him in the 2016 presidential election.

Neither lists have gone into effect. Washington will hold public comment period expected to last around two months, and Chinese officials have said its implementation will depend on U.S. action.

Cui met with Acting U.S. Secretary of State John Sullivan in Washington on Wednesday, and later told reporters that the two countries should avoid a trade war.

“Negotiation would still be our preference, but it takes two to tango,” Cui said.