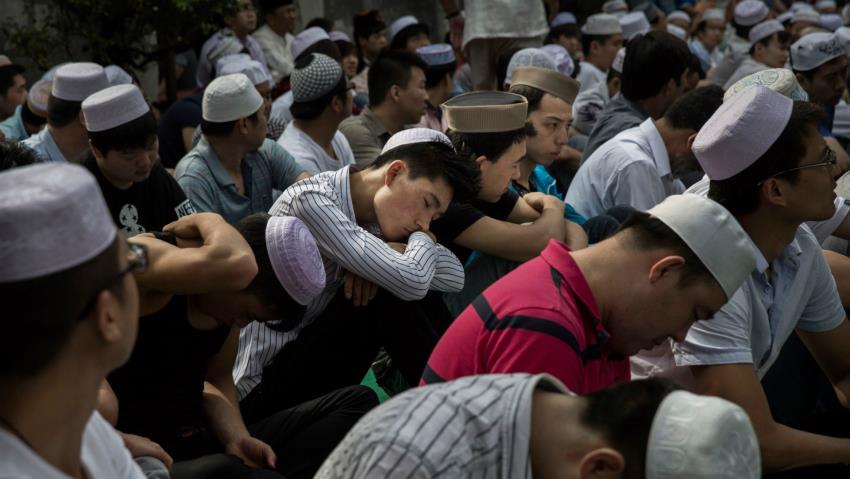 China appears to be laying the groundwork for the mass collection of DNA samples from residents of Muslim-majority Xinjiang amid human rights observers' concern.

China appears to be laying the groundwork for the mass collection of DNA samples from residents of a restive, largely Muslim region that's been under a security crackdown, rights observers and independent experts said on Tuesday.

Police in western Xinjiang region - where around half of China's 23 million Muslims live - confirmed to The Associated Press that they are in the process of purchasing at least 8.7 million US dollars in equipment to analyse DNA samples.

In Xinjiang's Sheche County, suppliers were being sought for voiceprint collection systems and 3-D portrait systems, according to a security official surnamed Yin, who declined to give further details.

If used at full capacity, the new equipment could be used to profile up to 10,000 DNA samples a day and several million a year, said Yves Moreau, a computational biologist specialising in genome analysis and DNA privacy at the University of Leuven in Belgium.

The scale of the purchases raises "a legitimate concern that Chinese authorities could be planning to DNA profile a large fraction, or even all" of the Uighur people in Xinjiang, Moreau said.

Human Rights Watch warned such a collection programme could be used as a way for authorities to beef up their political control.

"Xinjiang is already an oppressive region with a high level of surveillance," said Human Rights Watch researcher Maya Wang. "To collect even more information on a mass scale unrelated to criminal investigation opens the door for an even greater level of surveillance and control."

Xinjiang is the homeland of the Uighurs – a traditionally Muslim group, many of whom complain of cultural and religious repression and discrimination.

Last month, authorities there released a list of dozens of banned Islamic baby names as part of a crackdown on "extremism".

"This is just the latest in a slew of new regulations restricting religious freedom in the name of countering 'religious extremism'," Sophie Richardson, China director at Human Rights Watch.

"These policies are blatant violations of domestic and international protections on the rights to freedom of belief and expression.

"If the government is serious about bringing stability and harmony to the region as it claims, it should roll back - not double down on - repressive policies."