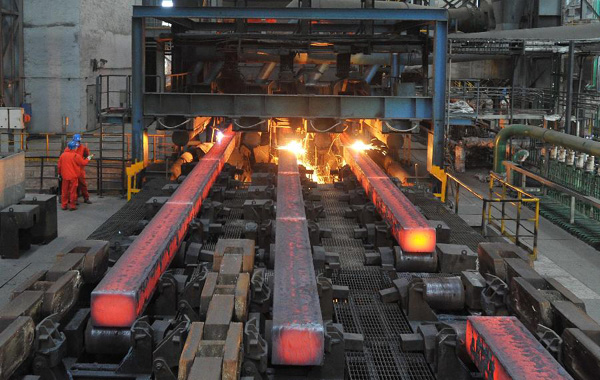 China metal producers urge Beijing to retaliate on US tariffs

China’s metals industry issued the country’s most explicit threat yet in an escalating trade spat with the United States, urging Beijing to retaliate by targeting coal and other sectors that are key to US President Donald Trump’s support base.
Two leading industry bodies representing producers in the world’s top steel and aluminium market said they strongly oppose duties imposed by Trump to counter cheap imports, especially from China. Trump slapped 25 per cent tariffs on steel imports and 10 per cent for aluminium on Thursday.
The metals associations urged the government to take “resolute measures” against US imports ranging from stainless steel to coal and electronics.
A widely read tabloid said in an editorial China would not be bullied by threats of a trade war with the world’s largest economy and its main trading partner.

The Ministry of Commerce said the nation would assess any damage caused by the US move and “firmly defend its legitimate rights and interests.” It urged the United States to withdraw the measures as quickly as possible.
The ramping up of rhetoric is a big shift away from the conciliatory tone struck in recent weeks when Chinese President Xi Jinping’s top economic adviser, Liu He, visited Washington for trade talks.
Coal, the new threat
The tactics suggested by the industry associations were the first time coal has been drawn into the spat, signalling that China has more options in its arsenal if the dispute descends into an all-out trade war.
The threat also strikes at another sector central to Trump’s political base and an election pledge to restore American industries and blue-collar jobs.
“I think the purpose of mentioning coal is more like a warning that China could also take measures on US products,” said Wang Fei, coal analyst at Huaan Futures.
When Beijing launched a probe last month into imports of US sorghum, a grain used in animal feed and liquor, it was viewed as a warning shot that Beijing was ready to target farm states that voted for Trump.
China has ramped up imports of US coal over the past year, as its utilities have sought cheaper foreign fuel. That has helped to revive the fortunes of the US coal industry, but the tonnage is not seen as critical to China’s power sector.
In 2017, US coal imports totalled 3.2 million tonnes, worth about $420 million and nearly five times the 694 tonnes taken in the previous year.
The dispute has also fuelled concern that soybeans, the United States’ most valuable export to the world’s No. 2 economy, might be caught up in tit-for-tat trade actions.
Experts say Beijing may not be ready to deploy that tactic, though, given China’s reliance on imports of the oilseed to make animal feed for its vast livestock sector.
China to meet trade war threat ‘head-on’
Trade tensions between the world’s two largest economies have risen since Trump took office. China accounts for only a small fraction of US Steel imports, but its massive industrial expansion has helped create a global glut of steel that has driven down prices.
“Trump’s behaviour is a challenge to the global steel industry and will definitely encounter opposition from more countries,” the China Iron & Steel Association (CISA) said in a statement on its website.
CISA appealed for “resolute measures” against imports of US products, including stainless steel, galvanised sheet, seamless pipe, coal, agriculture products and electronic products. Its comments were echoed in a separate statement by the China Nonferrous Metals Industry Association.
In an editorial on Friday, the Global Times said China would not be bullied by Trump’s threat of a trade war.
“If the US cannot adjust its own industrial structure to reduce its trade deficit and orders the world to follow its words, China and the rest of the world will have no choice but to meet the challenge head-on.”
Emirates Global Aluminium to keep working with US customers after tariff decision
Emirates Global Aluminium (EGA) said it would continue working with US customers to support their businesses after President Donald Trump pressed ahead with a 10 per cent import tariff on aluminium.
“The full implications for demand and supply in the United States will only become clear over time,” a company spokesman told Reuters on Friday.