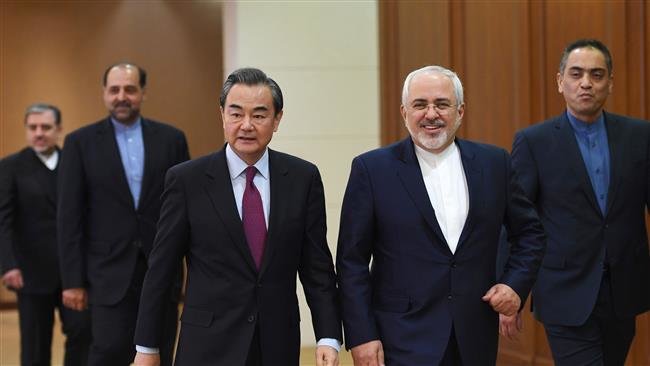 China hinting it prefers Iran over Saudi with 'strategic' visit

China has traditionally played little role in Middle East conflicts or diplomacy, despite its reliance on the region for oil, but it has been trying to raise its profile, especially in the Arab world.
Saudi Arabia’s King Salman visited Beijing in 2017, and Saudi Crown Prince Mohammed bin Salman arrives in China later this week.

However, China has had to walk a fine line, as it also has close ties with Saudi Arabia’s regional foe, Iran.

Meeting Iranian Foreign Minister Mohammad Javad Zarif at a state guest house in Beijing, Chinese State Councillor Wang Yi said he had watched Zarif’s Sunday speech at the Munich Security Conference, where he had accused Israel of looking for war.

“I saw on television how you defended the rights of Iran loud and clear at the Munich Security Conference. I think an audience of hundreds of millions of Chinese also watched what you said and you are a famous person now,” Wang said, in brief remarks in front of reporters.

“I would like to take this opportunity to have this in depth strategic communication with my old friend to deepen the strategic trust between our two countries and to ensure fresh progress of the bilateral comprehensive and strategic partnership,” he said.

China set great store on, and looks forward to, Iran playing an even more constructive role in regional affairs, Wang added, according to a Chinese Foreign Ministry statement. It did not elaborate.

“Our relationship with China is very valuable to us. We consider the comprehensive strategic partnership between Iran and China as one of our most important relations,” Zarif said, also in remarks in front of the media.

Washington’s major European allies opposed last year’s decision by U.S. President Donald Trump to abandon the Iran nuclear deal, which includes China and Russia, under which international sanctions on Iran were lifted in return for it n accepting curbs on its nuclear program.