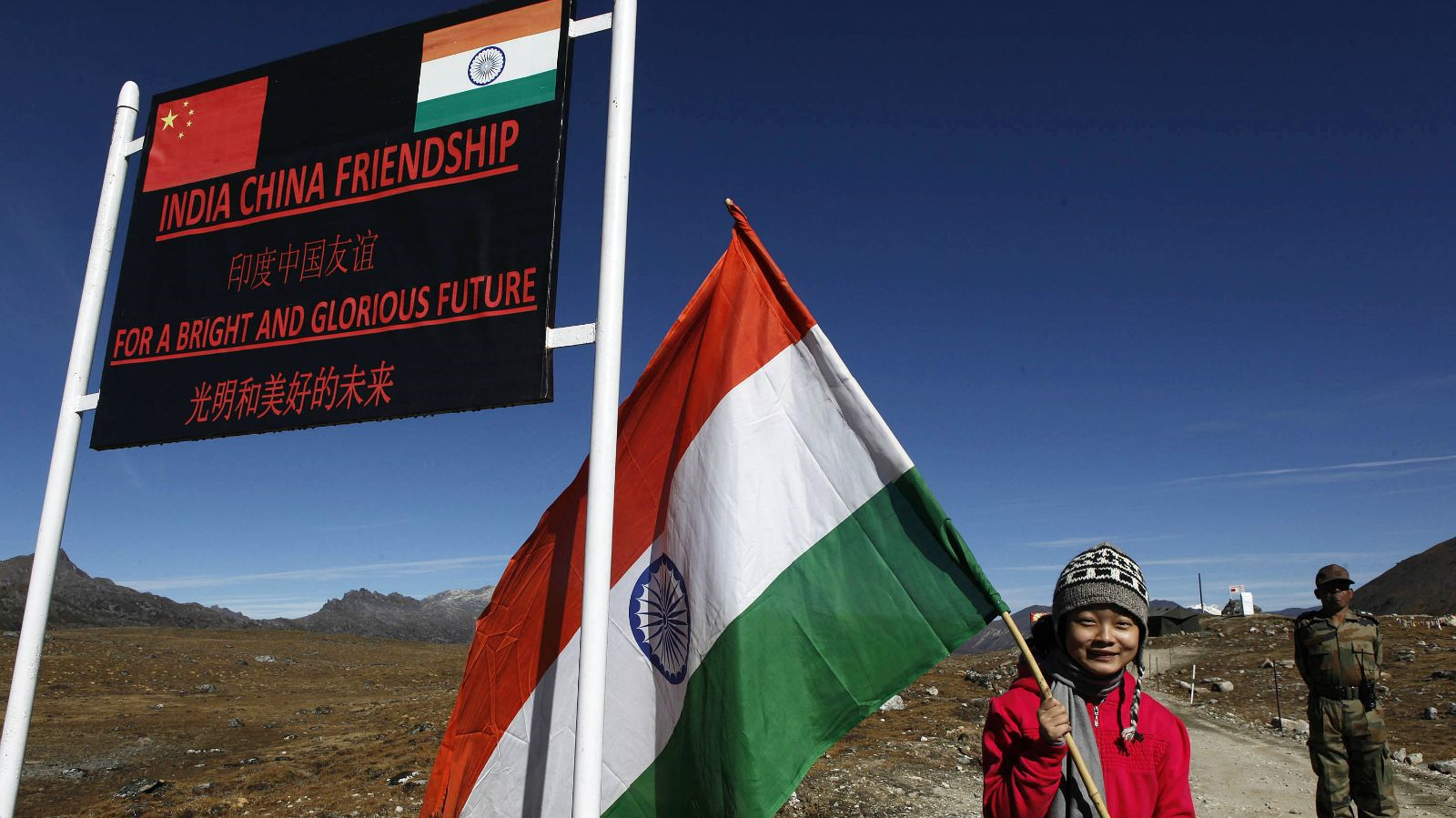 China has insisted India withdraw its troops from a disputed Himalayan plateau before talks can take place to settle the most protracted standoff in recent years between the nuclear-armed neighbors, who fought a bloody frontier war 55 years ago.

India must pull back its troops “as soon as possible” as a precondition to demonstrate sincerity, foreign ministry spokesman Geng Shuang told reporters at a daily news briefing.

His comments came after weeks of saber-rattling in New Delhi and Beijing, as officials from both sides talk up a potential clash even bloodier than their 1962 war that left thousands dead.

The standoff could spill over into the G-20 summit in Germany later this week where Chinese President Xi Jinping and his Indian counterpart Narendra Modi are expected to meet at a gathering of leaders from five emerging economies on the sidelines of the main event.

The monthlong standoff and unconfirmed reports of troop buildups on both sides of the border have also underscored the swiftly deteriorating relations between the two Asian rivals headed by assertive leaders with a nationalist bent.

China complained bitterly when Tibet’s spiritual leader, the Dalai Lama, who lives in exile in India, visited the contested Arunachal Pradesh region in April, which India said amounted to interference in its internal affairs.

China also appeared frustrated that India has refused to join its continent-wide “One Belt, One Road” infrastructure initiative, which includes a key component in Pakistan — India’s archrival but one of China’s staunchest allies. Meanwhile, India has fumed about China using its position at the United Nations to effectively stymie India’s efforts to gain permanent membership in the Security Council or label the Pakistani militant Masood Azhar a terrorist.

Despite a litany of grievances on both sides, frequent clashes on the 3,500-kilometer (2,174-mile) shared border have been the most prominent irritant in efforts to build stable bilateral ties, said Zhang Li, an expert on China-India relations at Sichuan University.

“The border clashes show how fragile and volatile the relationship can be,” Zhang said, noting that the latest flare-up took place in an area relatively free of past trouble and not previously contested.

The dispute flared in June after Chinese teams began building a road on territory also claimed by Bhutan. Although China and Bhutan have been negotiating the precise border for decades without serious incident, the tiny Himalayan kingdom sought help this time from its longtime ally, India, which sent troops onto the plateau to stop the Chinese workers.

Since then, videos have emerged of Indian and Chinese soldiers blocking each other with their arms and physically jostling without coming to blows.

Incensed with India’s involvement, China retaliated by closing a nearby mountain pass that Indian pilgrims use to reach Mount Kailash, a sacred Hindu and Buddhist site in Tibet. China’s foreign ministry also presented to reporters historical documents that it says prove China’s claims to the plateau.

That hasn’t stopped the two-way sniping. After Chinese officials said India should learn “historic lessons” from its humiliating defeat in the 1962 war, Indian Defense Minister Arun Jaitley responded that “India in 2017 is different from India in 1962,” in a reference to its improved military strength.

While Indian media have issued shrill warnings about Chinese expansionism, Chinese state media have also ramped up their bellicose rhetoric, with the nationalist tabloid Global Times warning Wednesday that Beijing would make no concessions.

Zhang, the Sichuan University professor, acknowledged the unusually tough talk from both sides but said the conduct of the two militaries and foreign ministries has been relatively restrained and “within normal bounds.”

Abhijnan Rej, a fellow at the Observer Research Foundation, a New Delhi-based think tank, said India needed to “show resolve” as China tries to pry away its traditional allies like Bhutan and assert itself as the region’s leader.

China has “exhibited a larger pattern in the last two years” and sees itself as an Asian hegemon, Rej said. “You don’t become that by playing by the rules.”

Even though the Doklam Plateau is not part of Indian territory, New Delhi has been particularly sensitive to Chinese building activity in a region with strategic significance.

If linked by Chinese roads, Doklam could become a launching point for a Chinese attack on the vital Siliguri corridor —also known as the “Chicken Neck” — that connects India’s northeast with the rest of the country, Indian analysts say. Last month, India’s Ministry of Externals Affairs said Chinese actions in the area had “serious security implications.”

More than a dozen rounds of talks have failed to make substantial progress in the dispute, although there have been relatively few confrontations in recent years. India has also formally joined the Russian and Chinese-dominated Shanghai Cooperation Organization this year alongside Pakistan.

Former Indian Ambassador to Beijing C.V. Ranganathan said he was “baffled” by why the typical diplomatic channels that have smoothed over other flare-ups have not worked.

“The fact that this has lasted so long is not a good sign,” he said. “India and China’s relationship has been on a downward trend recently and this in fact is yet another example.”