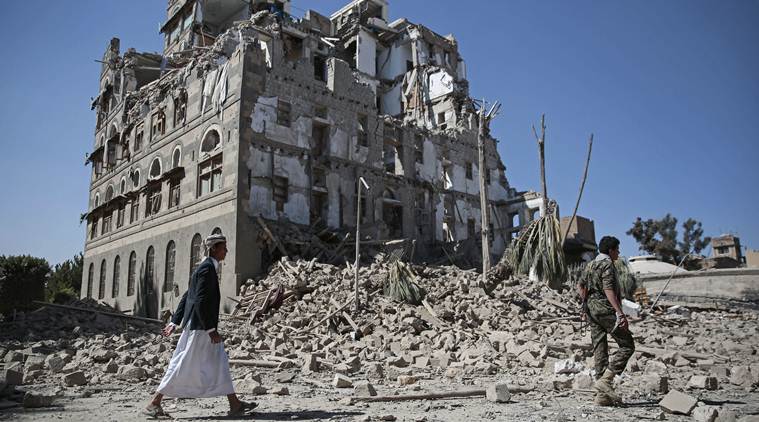 Both sides in the Yemeni conflict have agreed to a two-month ceasefire starting this weekend, the UN special envoy for Yemen announced on Friday.

They agreed to a two-month cease-fire starting Saturday to allow fuel ships to enter the Houthi-held Hodeidah port and select flights from Sanaa airport, the UN special envoy for Yemen confirmed on Friday.

Yemen's legitimate government also said on Friday it would take steps to arrange for the release of prisoners, open the airport in Sanaa and facilitate the release of oil ships via the port of Hodeidah.https://3f5773568cf14d08c5b50f51ceaf0e91.safeframe.googlesyndication.com/safeframe/1-0-38/html/container.htmlAds by optAd360

The foreign minister announced the moves in a tweet and said they came in support of calls for a truce during the holy month of Ramadan.

The minister also announced the release of the first two fuel ships through Hodeidah, after orders from President Abd-Rabbu Mansour Hadi.

Saudi Arabia said early on Saturday that it welcomed the truce announced by the envoy, according the Saudi Press Agency citing a foreign ministry statement.

UN and US envoys on Wednesday welcomed unilateral truce moves by the Yemeni forces and the Iranian-backed Houthis in the conflict as encouraging steps, while stressing the need for a more comprehensive cease-fire.

Hans Grundberg said in a statement that the nationwide cease-fire could be renewed with the consent of the parties.

The Coalition to Restore Legitimacy in Yemen welcomed the announcement, as did the prime minister of the UK Boris Johnson.

On Thursday, the Coalition to Restore Legitimacy in Yemen said it was committed to stopping military operations inside the country in response to a request from the secretary-general of the Gulf Cooperation Council.

It also said its air forces had not carried out combat operations inside Yemen, adding it was taking all steps to make the cessation of military operations a success and to achieve comprehensive peace.