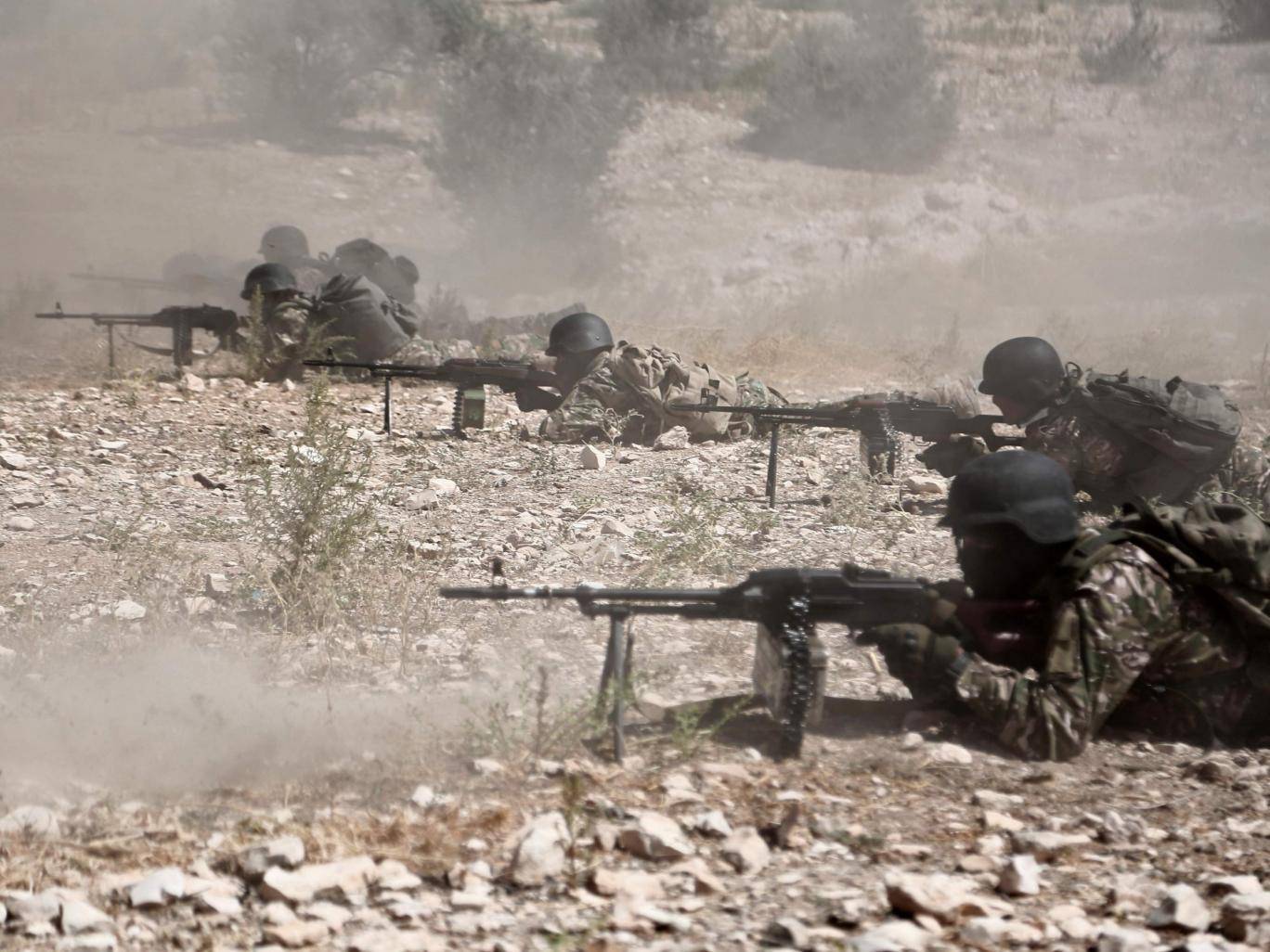 Ceasefire declared in Idlib after devastation

Syria’s Idlib region saw a lull in air raids that have been pounding the insurgent territory, a monitor and rebel official said on Saturday, after the government said it was ceasing fire.

It is the second such truce declared this month in Idlib, which is in Syria’s northwest corner - the only major swathe of the country still in rebel hands after over eight years of war. A ceasefire in early August collapsed three days in, after which the Russian-backed army pressed its offensive and gained ground.

The Syrian government agreed to a ceasefire that started on Saturday morning “while reserving the right to respond to any violation by the terrorists”, the state news agency SANA said.

Russia’s defense ministry was cited as saying on Friday that Syrian government forces would unilaterally cease fire in the Idlib “de-escalation zone” brokered two year ago. The ministry also urged insurgent factions to join the truce.

Turkey, which backs rebel factions, and Russia, President’s Bashar al-Assad’s key ally, brokered the 2017 deal to curb fighting in Idlib. It does not cover jihadist militants.

“So far, the air strikes have stopped,” Mohammad Rashid, spokesman for the Jaish al-Nasr rebel faction, said on Saturday.

He said pro-government forces had fired shells early in the morning near Khan Sheikhoun, a town in south Idlib which rebels held since 2014 until the army recaptured it this month.

The Syrian Observatory for Human Rights, a UK-based war monitoring group, said there was “cautious and relative calm” with no air strikes.

But the Observatory and the UOSSM aid group said air strikes overnight battered a children’s medical center in a town in the Aleppo countryside near Idlib province.

UOSSM, which supports healthcare in the opposition-held northwest, said this was one of dozens of medical facilities attacked since the army offensive began in late April.

The United Nations says hundreds of people have been killed.

Moscow and Damascus say they are targeting militants and responding to attacks by the former Nusra front, a jihadist alliance known today as Hayat Tahrir al-Sham. It is the dominant force in Idlib, where Turkey-backed factions are also present.

Ankara also backs rebel forces that hold tracts of territory north of Idlib near its border.

The Syrian army’s gains have put Turkish troops in the northwest in the firing line and threatened Ankara’s hopes of preventing a new influx of refugees over its border.

Under its deals with Russia and Iran, Turkey’s military has a dozen posts in the Idlib region, including one that Syrian government forces encircled this month.

In Oslo on Friday, Turkish Foreign Minister Mevlut Cavusoglu said Russia had assured Ankara that its observation posts in northwest Syria would not be attacked.

Cavusoglu also warned that Syrian army attacks in Idlib could lead to another wave of refugees to Europe.

Many of the hundreds of thousands of people who ran from the fighting in the past four months have fled towards the Turkish border.