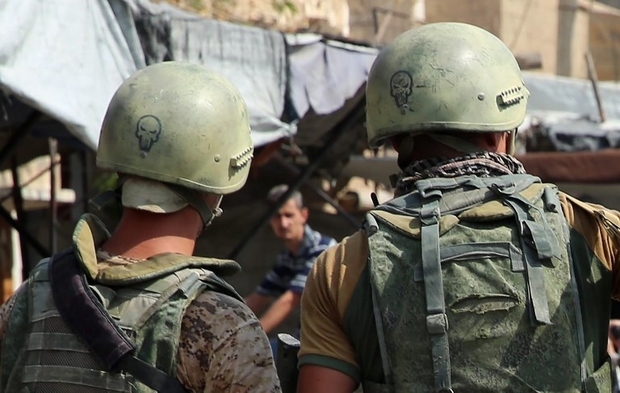 A car bomb detonated near a Russian military base in northeastern Syria on Friday in the first such militant attack in the area against the ally of Damascus, a war monitor said.

The Syrian Observatory for Human Rights monitoring group reported several wounded in the attack after midnight in the Tal Saman area in Raqqa province, but did not give an exact figure.

There was no immediate Russian report of the incident, which occurred in a broader area controlled by Kurdish-led forces but where the Syrian regime and its ally Russia are also present.

A statement circulated on social media and attributed to the Hurras Al-Deen militant group claimed the attack.

The Observatory said two men parked an explosives-laden pickup truck outside the base and fled, in what was a rare such assault by Hurras Al-Deen in the area.

“It’s the first such direct attack against a Russian base in northeastern Syria,” Observatory chief Rami Abdel Rahman said.

Hurras Al-Deen has fighters in the country’s last major rebel bastion in the northwestern region of Idlib, but very rarely operates outside that area.

Russia has repeatedly accused rebels in Idlib of attacking its Khmeimim Air Base west of the opposition stronghold with drones, but car bomb attacks are much rarer.

Russian troops are stationed in northern Syria, including as part of several deals brokered with rebel backer Turkey.

A day earlier, Daesh claimed responsibility for an attack that killed nearly 40 soldiers in Syria the day before when militants ambushed a bus in eastern Syria.

The Observatory said Daesh had attacked regime soldiers as they traveled home for holidays in the eastern province of Deir Ezzor, killing 37.

It said eight officers were among those killed while 12 other soldiers were wounded in the attack.

A statement by Daesh’s propaganda arm Amaq said its fighters had “ambushed a bus transporting apostate Nusayri army elements,” using a derogatory term for the Alawite sect to which Syria’s Bashar Assad belongs.

There was no immediate Russian report of the incident, which occurred in a broader area controlled by Kurdish-led forces but where the Syrian regime and its ally Russia are also present.

The vehicle was targeted “with heavy weapons” and “multiple explosive devices, which led to destroying the bus and killing nearly 40 elements and wounding others,” added the statement, according to SITE Intelligence, which monitors jihadist activities worldwide.

It was one of the deadliest attacks since the fall of the Daesh (self-proclaimed) caliphate last year, the Observatory chief told AFP on Wednesday.

Daesh overran large parts of Syria and Iraq and proclaimed a cross-border “caliphate” in 2014, before multiple offensives in the two countries led to its territorial defeat.

The group was overcome in Syria in March last year, but sleeper cells continue to launch attacks namely in the vast desert that stretches from the central province of Homs to Deir Ezzor and the border with Iraq.

The Observatory said two other buses which were part of the convoy managed to escape.

Syria’s war has killed more than 387,000 people and displaced millions from their homes since starting in 2011 with the brutal repression of anti-government protests, the Observatory says.

The dead include more than 130,500 pro-government fighters, among them foreigners, as well as 117,000 civilians.