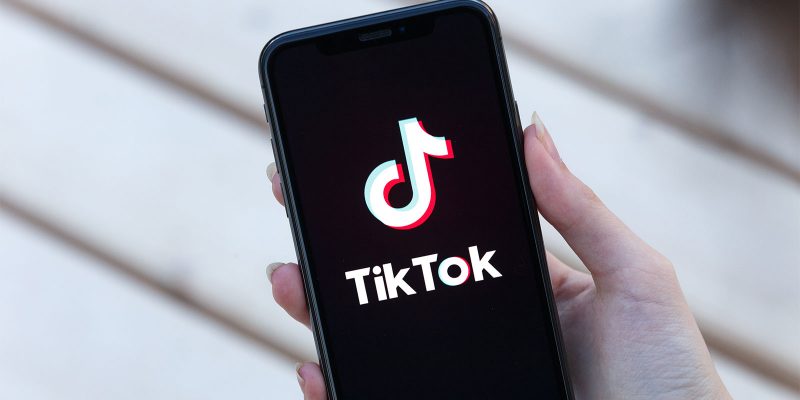 Andy Warhol predicted a time everyone would have 15 minutes of fame. He was nearly right – it is actually 15 seconds. That is the maximum duration of a video clip with music (non-music clips can last up to a minute) on TikTok, the video-sharing platform that has taken the world by storm. Favoured by under 25's who make up its core audience. TikTok this year surpassed Facebook and WhatsApp as the world’s most downloaded non-gaming app.

By Coco Chan
TikTok’s content doesn’t take itself too seriously, and ranges from food to fashion, pranks to pets – as well as the ubiquitous dance challenges. It is a perfect fit, in other words, for the lockdown, when many of us are stuck inside and in desperate need of some silly fun. This may be why, even if you haven’t downloaded it, you suddenly find, clogging up your social media, clips of Justin Bieber dancing to I’m a Savage by Megan Thee Stallion, or Jennifer Lopez and Alex Rodriguez swapping outfits to Drake’s Flip the Switch. It seems everyone from doctors and nurses in PPE to bemused parents quarantined with teenagers are flocking to the app – and sometimes going viral in the process.

What makes it stand apart from Snapchat or the now defunct Vine is one crucial difference: the closely guarded algorithm that produces the app’s opening dashboard. Unlike other apps, this home screen is not full of people you are following. That is because the algorithm searches for new clips rather than pushing already popular ones. Translation: you don’t need lots of followers to go viral. It is this tantalising prize that gives the app its USP, and what keeps TikTokers ticking over.
But how easy is it to become a TikTok influencer? I decided to try my hand at becoming TikTok’s next big thing, with the help of some of the app’s current British stars.

I am not a total TikTok novice, having tuned in almost daily for a year. I like the food and travel videos, as well as young female comedians (in particular Brittany Broski and ChiwithaC). Mostly though, I’m in it for the cat videos. (I’m not the only one: the #catsoftiktok hashtag has 5.9bn views.) In fact, my first foray into creating TikTok content was a (now deleted) video of a kitten grooming. I filmed it on Instagram, added a filter to give it a heavy-metal soundtrack and flames to make it look as though the cat was headbanging. Hilarious, right? It received a handful of views and no likes. Later, while complaining to a friend’s little sister that headbanging cats is objectively great content, I was instructed that the issue was using the wrong hashtags and not using a TikTok filter.

Her explanation tells you a lot about TikTok culture. The app, which launched in 2016 in China under the name Douyin with a focus on lip-syncing, was specifically designed with teenagers in mind. The hashtags invite you to take part and set challenges. Any user not sure what to create has not only topics but tools at their disposal, from image filters to options to use other users’ music or visuals.

I start by figuring out what is popular in the hope that I can ride the wave. As usual there is a dance challenge, currently #blindinglights, which sees people do a set sequence to a song by the same name from the Weeknd. But as dancing is not my strong point, I pass. Luckily, nearly all the other current trends are related to lockdown. As I too am in lockdown, I smell an opportunity.

I try out the tools by using two clips I already have. First, using my clip of a fox yawning in my back garden, I’ll shoot myself looking bored around the house. Then I’ll add music so it looks as if the yawning fox is singing. For my second video, I’ll try a traditional “hands in pans” food instruction clip. I have a video of a big box of Cornish fish I received from relatives, as well as pictures of the process of prepping, portioning up and freezing it. I know haddock storage doesn’t sound the most appealing subject for the under-25s, but I need something.

That is when I encounter my first hurdle. The great illusion of TikTok is that the best content is off the cuff. Some is, but for those who do TikTok seriously, it is a craft. I was shocked by how long my first few videos took. I needed to convert all my pictures into short videos, then find a song that delivered the right high note, at just the right moment, so it would look as though my yawning fox was singing – genuinely one of my most tricky journalistic assignments.

The hours I spent honing my little clip was no surprise to Arshdeep Soni, AKA @arshsoni10, a 24-year old TikTok user with 6 million followers. “Sometimes I stay up until two or three in the morning,” he tells me. Based in Shepherd’s Bush, London, Soni performs magic tricks on his TikTok. “There’s a lot of work that goes into it. Planning ideas, rehearsing the right tricks for the right moment, then editing the video. Then I have to figure out the best time for me to post. There’s lots of tactics.”

Soni posts on other platforms, including Instagram and YouTube, but his biggest audience is on TikTok. When he is recognised on the street, “it’s usually TikTok”. His TikTok reputation helps him get corporate bookings, but he is beginning to generate income working with brands such as Burger King to promote their products, as well as record labels who pay him to use certain songs in his clips in the hope others will borrow that music – and so on – until it goes viral. Indeed, TikTok’s influence on the music industry is huge. It is seen as an incubator for smash hits and a way to turn lesser-known artists into stars: Lizzo’s Good As Hell and Doja Cat’s Say So became hits after being repeatedly used in clips on the site while Lil Nas X’s Old Town Road was popularised through a viral dance challenge.

Soni’s passion for magic shines through on his clips. I realise that if I want to be a big TikToker, I need a focus. I choose “London lockdown nature moments” as my subject. I figure that seeing flowers, bees and beautiful trees thrive in the green spots near where I live is exactly what people want to see.

I check on my first two videos. Weirdly, fish storage is outperforming the fox. I pull together another video from clips and pictures of a walk I had taken in a secluded wood as part of my government-approved walk. A friend gives me a tip about some nearby fields and I plan to head there the next day for my daily exercise.. But when I wake up, I feel camera shy. I had not worn makeup in the previous posts and am suddenly self-conscious.

Coco Khan is commissioning editor for Guardian B2B, and a columnist and feature writer
Source: The Guardian