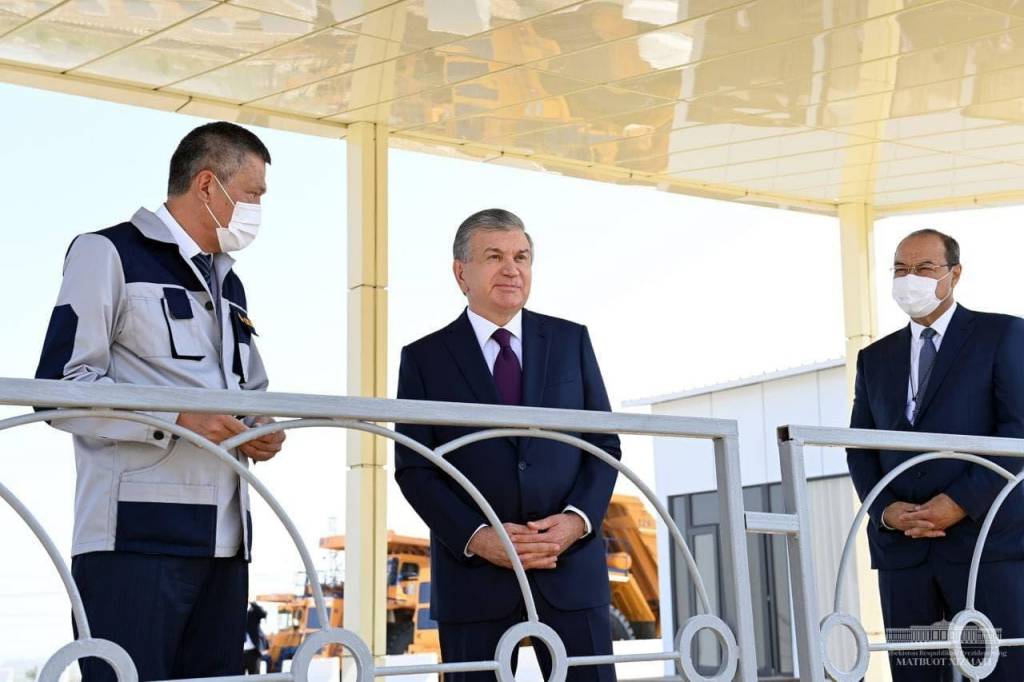 Uzbekistan has received 3 million 60 doses of the Moderna vaccine.

The vaccine was delivered to Tashkent on the morning of July 30 from the US state of Alabama as part of the COVAX program.

Moderna is one of the three vaccines used in the United States, with an efficacy of 94.1%.

According to the WHO, the vaccine can be stored in an ordinary refrigerator. Moderna is administered to adults over 18 years of age in 2 doses at 28-day intervals.

Almalyk Mining and Metallurgical Complex is a huge industrial complex that combines open and closed deposits, metallurgical and cement plants, an extensive mining and processing infrastructure.

The plant accounts for 7 percent of industrial production and 15 percent of Uzbekistan’s exports. Thanks to the attention paid in recent years, new deposits have been discovered and production has increased.

Among them is the Yoshlik-1 deposit, for the development of which an investment project worth $4 billion 894 million is being implemented. It was launched by the resolution of the President of the Republic of Uzbekistan on March 1, 2017.

The Head of the state was informed about the potential of the deposit and the activities being carried out to develop it.

Eldor Shomurodov to move from Genoa to Roma

Eldor Shomurodov is close to moving from Genoa to Roma. The transfer amount will exceed €16 million.

Italian journalist and football insider Nicolò Schira said Genoa and Roma have reached an agreement on the transfer of striker Eldor Shomurodov.

“The agreement has been reached! Eldor Shomurodov will move from Genoa to Roma on loan. Roma will also receive the right to buy the player for €16 million. The contract states that the FC Genoa will receive a certain share of the future transfer of the Uzbek footballer,” Schira wrote.

Bakhodir Jalolov left no chances for the opponent

In the fight against Muhammad Abdullayev from Azerbaijan, he beat his rival with a great advantage. The referee, after a strong blow from Bakhodir, had to open the scoring in the second round.