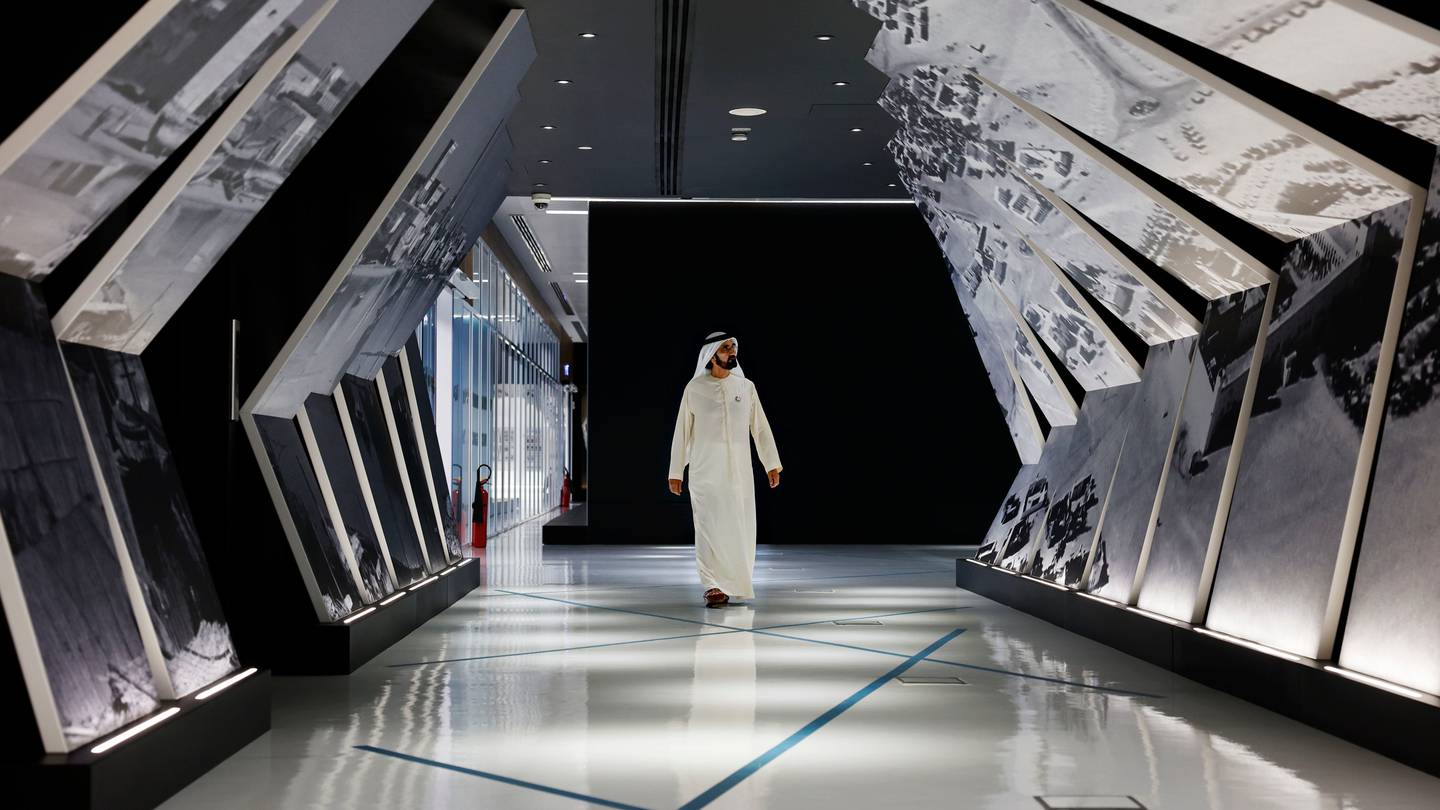 He toured the library on Monday.

Spread across seven floors, the Mohammed bin Rashid Library has nine specialised libraries with more than a million print and digital books.

It also has more than six million research articles, 73,000 music scores, 75,000 videos, nearly 13,000 articles, and more than 5,000 historical print and digital journals. There are also about 35,000 print and digital newspapers from around the world.Sheikh Mohammed bin Rashid tours library named in his honour

The library is in Al Jaddaf and will officially open its doors to the public on Thursday.

The building been designed in the form of a wooden stand known as a ‘rahl’, with a total area of 54,000 square metres.

“Today we launch a cultural and intellectual edifice for our new generations, through which we aim to promote reading, spread knowledge and support researchers and scientists," Sheikh Mohammed wrote on Twitter.

"The economy needs knowledge, politics needs wisdom, and nations need knowledge, and all of that can be found in books."

The library will use the latest technology and artificial intelligence, including automated storage and an electronic book retrieval system, self-service kiosks, a book digitisation laboratory, and smart robots to respond to visitors’ inquiries.

It is also an environmentally friendly library, getting 10 per cent of its energy from solar panels installed on the roof.

The external structure is designed to insulate the building’s interior, reduce heat gain and help regulate the internal environment.

The ceiling windows allow natural light in, and the shape is designed to reduce water consumption by 50 per cent. Water is recycled from air conditioners to irrigate green spaces.