BOOK REVIEW – After the Dream… Comes the Nightmare!

Used books are one of my favourite pastimes here in Egypt and one of the few things that keep you human in these compressed times and, as luck would have, I was drawn to the front cover of an oldish novel from the 1980s. After the Dream by Maisie Mosco.

It wasn’t the title or the author that caught my eye – never heard of Mrs Maisie – but the image on the front cover. The Al-Aqsa mosque, the Dome of the Rock typically, with a very blonde woman and a tanned man in the background (both have blue eyes), and a prickly cactus standing between them as it were. The lady in question is a journalist – Kate Starling – and she’s in Israel aka occupied Palestine to write some human interest-piece about the country on its 40th birthday. She ‘bumps’ into a prominent Israeli filmmaker named Dov Goldman. He invites her to take a ride with him and his crew busily making a documentary and she grows increasingly suspicious of his activities as time goes by. I simply had to take a look. 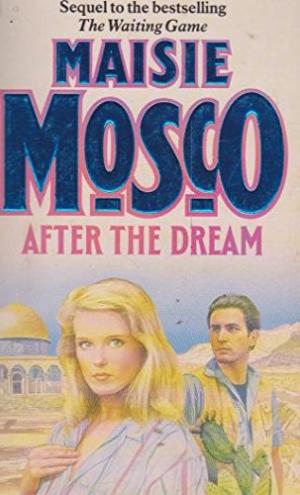 So, why would an outdated novel concern us here in the Arab world? The prospects for peace, for one, and two, to understand what the hell is going on in Israel!

Ghassan Kanafani wrote a formidable study – On Zionist Literature (1966) – in an effort to ‘understand the enemy’ and taking a peephole into Israeli society is what I was hoping to get at from the novel. What you find out is quite startling, from an Arab perspective.

Kate gets into conversations with people – taxi drivers, waiters, boys and girls, old people – and on one particular occasion meets a transvestite who tells her how he can’t stand the place, outside of Tel Aviv. Outside of the capital, the fanatics are increasingly populating the country and they disapprove of the ‘amoral’ conduct of the hip crowd, the modern ‘secular’ Jews. (This includes dressing up as a woman, apparently. Imagine that!) This new constituency can stay out of military service and are breeding like rabbits and they’re the supporters of the continued state of war with the Arabs. The real power-centre of the fanatics is Jerusalem. It’s a magnet for religiously minded Jews everywhere in the world who go there to live their lives in accordance with the holy scriptures, something they couldn’t do when they were abroad – for some reason. (In Tel Aviv, you can order ham on your pizza!)

Then Kate meets Dov, indirectly, while sunning herself on the beach in a skint bikini with some equally undressed friends. You find out later that he was after her, to popularise his cause internationally. He’s the leader of an underground peace movement, although a victim himself of terrorism – lost his wife and daughter to a guerrilla attack on the Kibbutz school. But, uncharacteristically, he falls in love with her and insists she’s the woman for him, taking greater care to advertise her to his mother at their old Kibbutz. And, even weirder still, Kate does the wild thing with Dov and decides she might actually marry him, although she didn’t particularly like what happened and can’t stand how arrogant and controlling he is. (You later learn he was tailing her through fellow peacenik agents).

Alas, their joint machinations come to nothing. People are on his tail. They first slash the tires of his camera crew’s van, as a warning, then tamper with the breaks of his car. Dov’s aid, an annoying brunette called Aviva, was driving the car at the time and gets killed. And then Dov foolishly goes for a long walk, without companions, and gets kidnapped and killed. The police find his body in a whole other city. And this was on a Saturday. The fanatics, as literal as they are in their interpretation of religion, are willing to break holy writ to transport his body far away from the scene of the crime.

That’s the upside-down, mirror-image world Israel is. The peaceniks aren’t peaceniks for any terribly philosophical reason – questioning the founding myths that Israel was built on – but because they want to live their lives like Westerners, something the religious stalwarts won’t let them do. They’re also tired of being afraid; terror attacks lurk around every corner.

And who would have thought hard-line Israelis are willing to kill their own people in their political pursuits? An informative novel indeed!

After the Dream does strike me as a well-researched novel but it’s still told from an incomplete perspective. Maisie Mosco was of Jewish descent but she grew up in England, and you have to marvel at her objectivity in the novel. The protagonist, Kate Starling, is as English and non-religious as they come, and always balks at Jewish religious habits. They seem too strict and literal to her. This must have taken a monumental effort on the part of the author. You also feel she projected her heritage onto Dov, since his direct ancestors come from Vienna (where some of Maisie’s ancestors come from).

You also can’t help but notice how the Israeli characters speak in English. The sentences feel backwards. (It’s like using Google translate with Arabic). That being said, I’m afraid I’m going to have to disagree on certain key points.

Note that the Palestinians almost don’t have any say here. Kate bumps into the odd Palestinian, but never gets to hear their point of view, except ‘filtered’ through the perceptions of the peaceable brigade Dov leads. And I also suspect that the author is interpreting Israel through this secular lens. The transvestite tells Kate that Jerusalem is the land of religious hypocrisy because everyone there is in the business of selling religious trinkets to gullible tourists. The good quality gold crosses there are fashioned by Jewish jewellers.

Not so. Read Mourid Bargouthi’s I Saw Ramallah (2004) and you’ll find that the Palestinians in Jerusalem are cut out of the tourist trade by the Israeli authorities, to further strangle them economically, while Palestinians make crosses from the wood of olive trees. The Western hostility towards religion is getting the better of the author, which also means that she can’t imagine a future where the religions get along well without the state being secular. The three communities got along fine in the olden days. It’s specifically when the Westerners showed up that things went downhill, and they’ve been going downhill ever since. 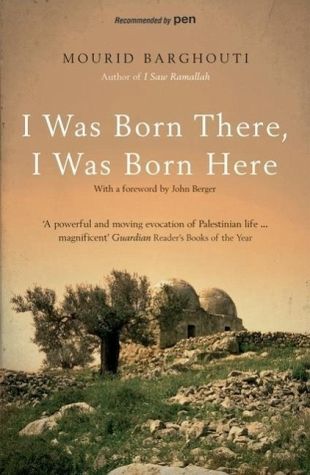 From a purely artistic perspective the book is pretty good. It’s snappy, the pacing is smooth and the humour is quintessentially English. The thematics are also well hidden. Note that the heroine is called Kate ‘Starling’ – a kind of bird – while Mr. Goldman’s name is ‘Dov’, as in like dove of peace. (They’re still pigeons in my book). Dov having blue eyes is meant to signify his European background while his tanned skin and brown hair his Oriental heritage. Their relationship, the ‘impossibility’ of it thanks to her doubts and him getting himself killed, is meant to signify Israel’s relationship with the West and the outside world. Aviva, the ‘local’ girl, is Kate’s rival and knows what Kate is after; the linguistic sparing between the two is the highpoint of the novel, till Aviva is abruptly killed.

My only qualms about the novel, as a novel, is characterisation. Its plausible, deep and well-presented, but perhaps a bit too accurate for its own good. You simply do not like or sympathise with Kate Starling. She’s a career girl who got herself divorced as a consequence, and her boob of a husband didn’t even know that she betrayed him when she was on one of her foreign assignments.

Then Dov shows up and even though she knows he’s toying with her and her emotions, she still decides – if you can call it that – to go along. So much for being independent.

Kate keeps changing her mind every five minutes over whether to hitch up with him or not, and at the end, when she’s being regaled with contradictory facts about the plight of the Palestinians, she keeps changing her mind over peace with the Arabs – ever five seconds. (On the plus side, she eats Palestinian food and loves it, despite the hygienic standards of the Arab cafeteria).

Israelis like Palestinian food too, it seems, although it does nothing to alter or augment their political stances. Dov, you respect, but you don’t particularly like. He’s unjustifiably arrogant and his accent sounds fake.

So, it’s good to see that the post-ideological funk Zionism suffers from didn’t result from the end of the Cold War, as we originally thought. The problem is much older and much deeper than that, and quite thoroughly domestic. I suppose it took someone who wasn’t no Israeli herself, Mrs Mosco, to let the cat out of the bag and so early on.

The Soviet Union is mentioned in the novel, mind you, but only as a source for Jews eager to emigrate, and nothing more. There’s no awareness of a Communist threat or even a portrayal of Arabs as Soviet stoolpigeons. Israel is a country living on autopilot, as it were. Zionism no longer has anything to offer, except for (false) justifications for the existence of Israel. But the old secular Zionism of the past is being eaten away and by its own offspring, religious zealots who have their own set of justifications for the existence of the Israeli state. And while we’re on the topic, we’ve just crossed the 100-year threshold for the Balfour Declaration, it’s good to remember that the secular Zionists – including Herzl himself – never wanted to go to Palestine to begin with!

It was the Orthodox Jews in Russia that wanted to go there, not the Central European Jews Theodore Herzl represented. He wanted to go to Uganda, another British plan, while the secular Jews didn’t like Palestine because it was too hot and its soil not suitable for European-style, modern agriculture.

How petty can you get? But such pettiness is the stuff of politics, and the only thing keeping Israel together – more or less – is the perception of an Arab threat. Now it seems to be increasingly an Iranian threat, but whose to complain over here in the Arab world.

My advice is, we need to keep up to speed with literature from or about Israel. And start producing our own literature about them in the meantime!!!