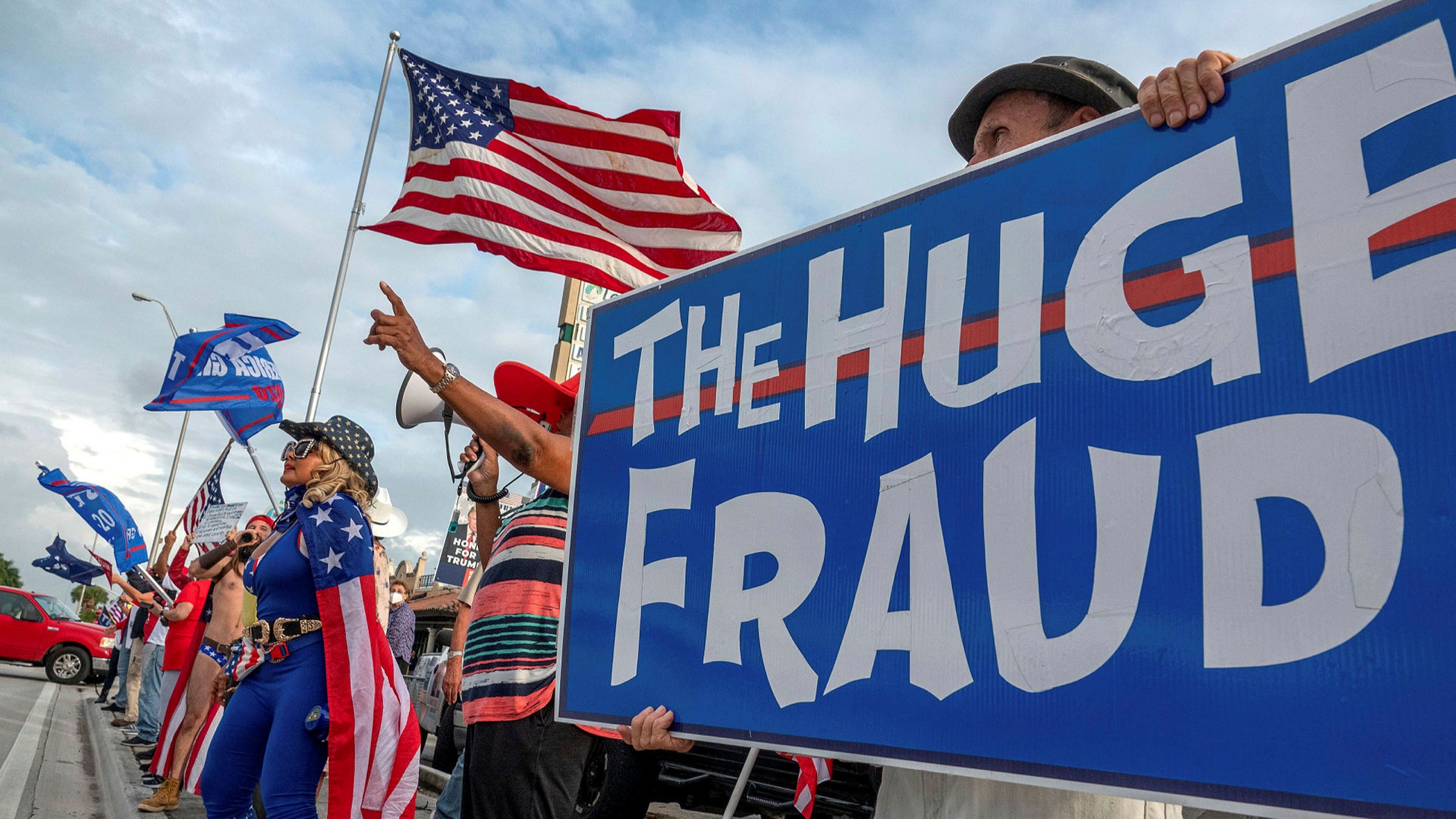 Biden's 'disinformation governance board' angers many

Republican politicians this week spoke out against a Disinformation Governance Board being created by the Biden administration.

"I at first thought this announcement was satire," Missouri Sen. Josh Hawley wrote in an open letter to Secretary of Homeland Security Alejandro Mayorkas.

Mayorkas said at a House hearing on Wednesday that the purpose of the board is to counter both misinformation and disinformation regarding elections and homeland security.

"We are addressing all aspects of election security, given, of course, the midterm elections that are upon us, and the fundamental integrity of our democratic processes that is at stake," Mayorkas said.

Author Nina Jankowicz was picked to serve as executive director of the new Disinformation Governance Board.

"a HUGE focus of our work, and indeed, one of the key reasons the Board was established, is to maintain the Dept's committment to protecting free speech, privacy, civil rights, & civil liberties," Jankowicz posted on Twitter on Wednesday.

Jankowicz has served as a global fellow at the nonpartisan Wilson Center. Her work as an author has focused on disinformation as well as Russia and the treatment of women online.

"Surely no American Administration would ever use the power of Government to sit in judgment on the First Amendment speech of its own citizens. Sadly, I was mistaken. Rather than protecting our border or the American homeland, you have chosen to make policing Americans' speech your priority," Hawley said.

Mayorkas announced the creation of the board while taking questions on Wednesday during a House Appropriations Subcommittee meeting discussing the fiscal 2023 budget for the Department of Homeland Security.

"I am deeply concerned by the administration's decision to create a Disinformation Governance Board at the Department of Homeland Security," Ohio Sen. Rob Portman said in a statement.

"As the author of the bipartisan law that established the Global Engagement Center to combat the constantly evolving threat of foreign propaganda and disinformation abroad, I do not believe that the United States government should turn the tools that we have used to assist our allies counter foreign adversaries onto the American people. Our focus should be on bad actors like Russia and China, not our own citizens."

When asked about it Thursday during a briefing, White House Press Secretary Jen Psaki said "there has been a range of disinformation out there about a range of topics -- I mean, including COVID, for example, and also elections and eligibility."

"What I can tell you is that it sounds like the objective of the board is to prevent disinformation and misinformation from traveling around the country in a range of communities. I'm not sure who opposes that effort," Psaki said.

Wisconsin Sen. Ron Johnson said the creation of the board "should frighten any American who values liberty and free speech," while referring to it as the "Ministry of Truth" in a statement on Twitter.

"It can only be assumed that the sole purpose of this new Disinformation Governance Board will be to marshal the power of the federal government to censor conservative and dissenting speech. This is dangerous and un-American. The board should be immediately dissolved," Hawley said.