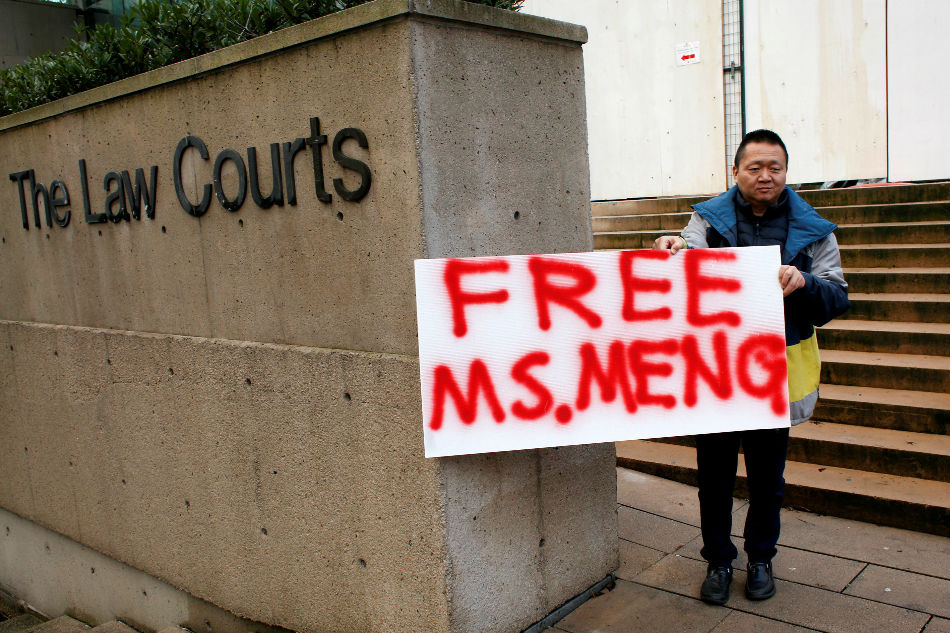 The CEO and founder of Chinese telecom giant Huawei called Tuesday for a reset with the United States under President Joe Biden, after the firm was battered by sanctions imposed by Donald Trump’s administration.

In his first appearance before journalists in a year, Ren Zhengfei said his “confidence in Huawei’s ability to survive has grown” despite its travails across much of the western world where it is maligned as a potential security threat.

The comments come as the firm struggles under rules that have effectively banned US firms from selling its technology such as semiconductors and other critical components, citing national security concerns.

Insisting that Huawei remained strong and ready to buy from US companies, Ren called on the Biden White House for a “mutually beneficial” change of tack that could restore its access to the goods.

Continuing to do so, he warned, would hurt US suppliers.

“We hope the new US administration would have an open policy for the benefit of American firms and the economic development of the United States,” said Ren, 76.

“We still hope that we can buy large volumes of American materials, components and equipment so that we can all benefit from China’s growth.”

Ren was speaking during a visit to the city of Taiyuan in China’s northern coal belt to open a laboratory for technologies that automate coal production to boost safety in a notoriously dangerous industry.

Founded by Ren in 1987, Huawei largely flew under the global radar for decades as it became the world’s largest maker of telecoms equipment and a top mobile phone producer.

That changed under Trump, who targeted the firm as part of an intensifying China-US trade and technology standoff.

Trump from 2018 imposed escalating sanctions to cut off Huawei’s access to components and bar it from the US market, while he also successfully pressured allies to shun the firm’s gear in their telecoms systems.

The former president raised fears that China’s government could potentially use “back doors” in Huawei gear for espionage, which the company strenuously denies.

The US campaign is hurting Huawei. Once a top-three smartphone supplier along with Samsung and Apple, its shipments plummeted more than 40 percent in the fourth quarter of 2020, according to industry tracker IDC, as the supply-chain disruptions curbed production.

It fell to number five in the world in smartphones in the quarter — behind Chinese rivals Xiaomi and Oppo.

With China’s huge domestic market, Huawei will likely survive but not without major changes, said Nicole Peng, analyst with Canalys.

“They will not go away. I believe they will come back, but need to rethink the business model,” she said.
To this end, Huawei in November spun off budget smartphone line Honor to free that brand’s access to needed components.

But Ren insisted Tuesday it would hold on to its main premium phone brands.

“We have decided we absolutely will not sell off our consumer devices, our smartphone business,” he said.

Despite his apparent overture to the White House, Ren admitted it would be “extremely difficult” for Biden to lift the sanctions.

There is pressure in Washington to stay firm on China, and Biden’s commerce secretary nominee Gina Raimondo has pledged to “protect” America from potential Chinese threats, including Huawei.

Huawei is fast diversifying to encompass enterprise and cloud computing, Internet-Of-Things devices and networks, and other business segments related to the advent of 5G networks, an area of Huawei strength.

“We have more means to overcome the difficulties (we face),” Ren said.

Huawei also is building an alternative operating system after the US barred it from using Google’s Android.

But Ren appeared to shoot down recent reports that Huawei is seeking self-sufficiency in semiconductors — long an Achilles Heel for China — either by acquiring stakes in chip companies or setting up its own plant.

“Huawei won’t be investing in this ourselves,” he said.

Ren also has had to deal with the December 2018 arrest of his daughter, Huawei executive Meng Wanzhou, on a US warrant during a Vancouver stopover.

Meng, 48, faces fraud and conspiracy charges in the United States over alleged Huawei violations of US sanctions against Iran, and separate charges of theft of trade secrets.

Her trial will begin in earnest in March, after two years of legal skirmishing. She could ultimately be extradited to the United States.