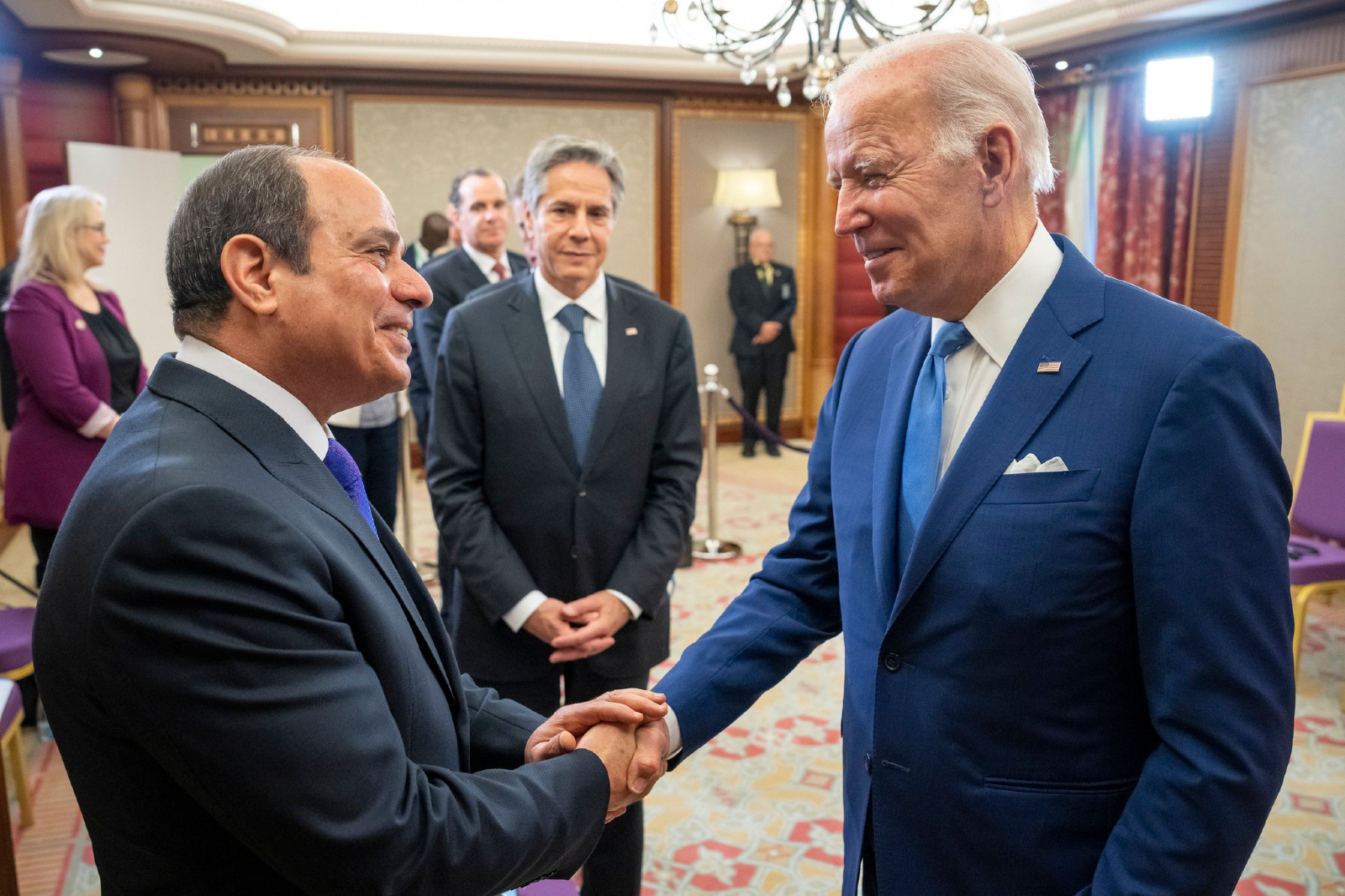 The Egyptian and US presidents reiterated, in the Saudi city of Jeddah, their commitment to the strategic dialogue that is co-chaired by Egypt’s foreign minister and his American counterpart.

In a joint statement, the two sides affirmed the continuation of consultations on a wide range of global and regional security challenges. They also discussed strengthening bilateral relations.

Presidents Abdel Fattah El-Sisi and Joe Biden expressed their intention to meet again in the near future to enhance the multifaceted bilateral partnership, in light of the celebration of the 100th anniversary of diplomatic ties between their countries.

They also agreed to continue defense cooperation as a pillar of regional stability and in the interests of both countries.

Biden stressed Washington’s intention to continue supporting Egypt to defend itself, including by continuing to provide security assistance in consultation with the US Congress.

The two leaders affirmed their commitment to cooperating in the fight against terrorism, and welcomed the achievements of the international coalition against Daesh.

They also indicated their commitment to strengthening economic cooperation, including by increasing trade and private sector investments, as well as cooperation in the field of clean energy and climate technology. They committed to launching a high-level joint economic committee.

The statement said Egypt and the US share concerns over the global consequences of the war in Ukraine, including on supply chains and energy and commodity prices.

It added that Egypt and the US are cooperating closely in terms of mediating regional conflicts and promoting peace.

El-Sisi and Biden stressed that the two-state solution remains the only viable way to achieve lasting peace between Israelis and Palestinians, as well as a secure, prosperous and dignified future for both peoples.

The two leaders stressed the need to hold simultaneous presidential and parliamentary elections as soon as possible in Libya.

Biden thanked El-Sisi for Cairo’s role in helping to establish the armistice in Yemen, and congratulated him on Egypt’s hosting of the UN Climate Change Conference in Sharm El-Sheikh in November. He reaffirmed the US commitment to the success of the conference.