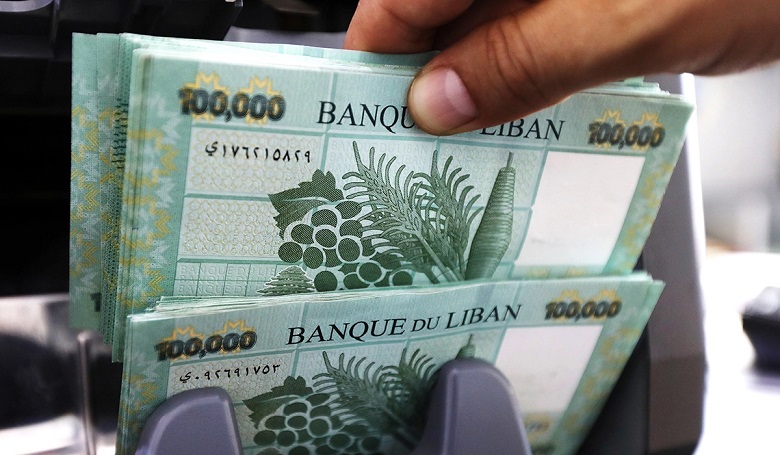 The talk about paying off depositors as a focal point in any economic recovery plan borders ignorance and neglects the rest of the economy. Especially in Lebanon. Here is why…

By Mohammad Ibrahim Fheili
The only thing that has been sustainable in Lebanon seems to be the crisis; everything else can wait as far as the ruling political class is concerned. Lack of governance, an abundance of corruption, overwhelming conflict of interest in the conduct of most public sector officials, if not all of them, and the list could go on and on.

All of these are the root cause of the problems in Lebanon. Labeling it “an economic” crisis is, in fact, a blessing to the ruling politicians because it makes them look relatively good. Yes, this is the ugly truth, and fixing it would require introducing changes in the mindset of the country’s ‘rulers”.

However, I won’t bore you with politics since it has become the “talk of the town,” but I will tell you that much of what we suffer from in the political landscape is spread all over the financial system. Wherever money is made, corrupt people are trying to skim that money.

I shall expose the conduct and the practice of banking and prove how ignorance and neglect forced the nation deep and deeper into the abyss.

In economics, they call them “spending Units”; they are the counterparts of citizenships in the political and civic sense: surplus and deficit spending units. Spending units could be households, firms, and governments. They are fraternal twins; they are not identical and have little in common:

Thus, financial intermediaries are the only avenue available to firms and households. That makes deposits a major, if not the only, source of funds for banks. On the other hand, the government of Lebanon found comfort in debt-financing its deficit; government borrowings mushroomed over the years.

An abundance of government securities (Treasury Bills and Eurobonds) is stacked in the hands of banks and investment funds. Only recently, and after the fire of the financial crisis ignited due to the disorderly default in March of 2020, the government of Lebanon began to entertain printing money (i.e., debt monetization) to finance its deficit.

An interesting dynamic exists between SSUs and DSUs, which helps create tremendous economic value. Banks operating in Lebanon successfully exploited such a dynamic by applying the basics of financial intermediation while falling short of achieving a state of financial innovation and development as they claim.

Be it (a) or (b), they both value (benefits and income) generating activities for all parties involved. However, an efficient banking system (i.e., the monetary value of the surplus of funds being warehoused at a bank) is a prerequisite for realizing this economic value (i.e., financial intermediation).

Credible monetary authority, a trustworthy banking system, stable financial and political circumstances, and noted governance in the conduct of both banks and monetary authorities are the basic requirements to realize the total economic value of the surplus of funds.

That is, the economic worth of a bank deposit is captured in what the depositors, the banks, and the borrowers can do with it. This means the monetary value of a surplus of the fund is maximized only when warehoused in a financial institution (to be used in the form of Bank Money), not kept in circulation in the hands of the public (Fiat Money) and placed with Central Bank.

The recent financial crisis in Lebanon proved that the banking model is as traditional and as fragile as they come and lacks the agility for innovation and development.

All this introduction has been to tell you that the talk about “paying back deposits” or “refunding deposits to their owners” as an integral part of any economic recovery plan has little to do with economics and much to be with politics. Deposits’ right place is in the financial intermediaries serving their economic raison d'être.

However, failure to weather the financial storm practically wiped out all of their claim of fame and put them at the forefront of the corrupt and incompetent. The current financial crisis is neither a crisis of default nor all-out insolvency of financial institutions. Instead, liquidity and failure to act turned it into a problem of loss of trust!

The financial community watched helplessly the emerging of the worst version of a liquidity crisis to date! However, the problem did not hit all financial institutions and spending units equally.

The severity of the crisis had to do with each financial institution’s appetite for risk-taking behavior, but they all shared the same banking model – Originate-to-hold. That is, and unlike developed economic communities where it is possible to resort to securitization (originate-to-sell) and other means (issue money-market financial instruments) to boost your liquidity as a banking institution, banks operating in Lebanon rely mainly on deposits as a source of fund and originate loans to hold them on their balance sheet until they are duly settled.

To say that government debt is not sustainable and stop there won’t do much good! The state of banking in Lebanon, the way it’s been, is not healthy and is not sustainable. Eye on the number of banks in the process of considering restructuring the banking sector in Lebanon borders on ignorance.

The problem is with the banking model, the state of Lebanon’s financial markets, and the structure and conduct of monetary policies. And, if the intention is to fix the financial sector, you can’t do one without the other.

If the will exists, dealing with the ills of the financial landscape could start as coordinated efforts between the banking community (e.g., the Association of Banks in Lebanon) and the Central Bank with no need to be and accept being at the mercy of the corrupt and incompetent ruling political class.