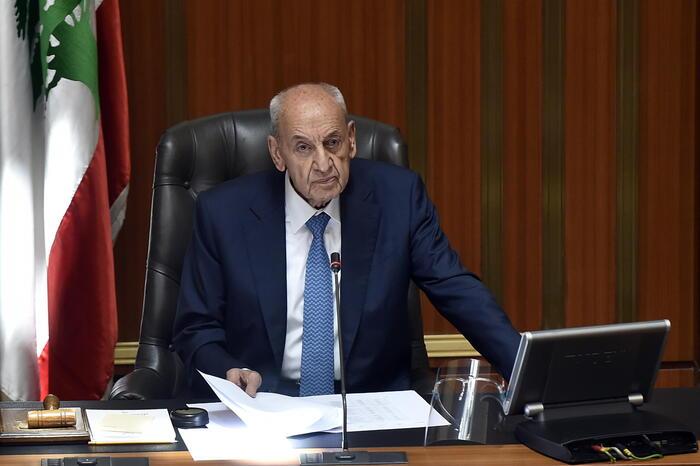 Berri defies US mediator over Line 29

Parliament Speaker Nabih Berri on Tuesday said that “the framework agreement which they are trying to disavow does not talk about lines, but rather about demarcation and indirect negotiations in Naqoura” with the Israelis.

“We agreed during the Baabda meeting with the President and the prime minister to go to Naqoura according to the framework agreement and we might get more than Line 29,” Berri said in parliament.

“We did not talk about lines. We are awaiting the arrival of the U.S. mediator within days and we’re going to Naqoura. This was also discussed by the Development (and Liberation) bloc and we are committed to this matter,” the Speaker added.