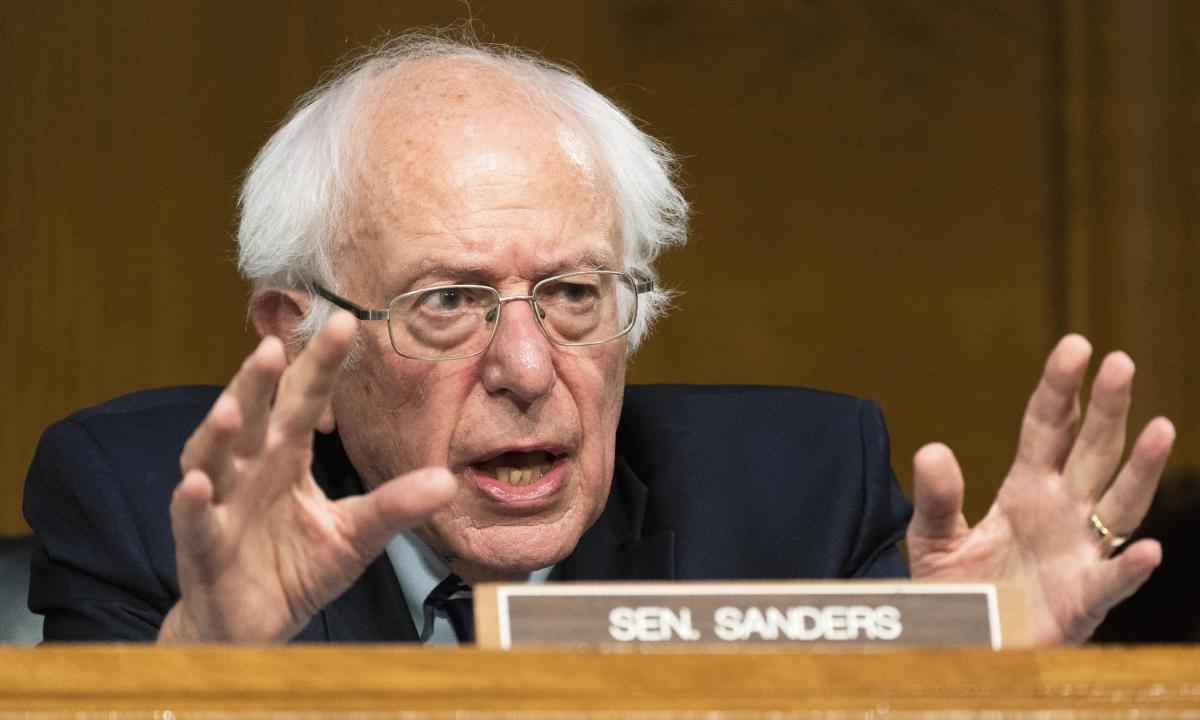 U.S. Senator Bernie Sanders on Sunday criticized President Joe Biden's visit to Saudi Arabia, saying it rewarded a dictatorship and should have never taken place given its leader's involvement in murdering a journalist.

Biden greeted Saudi Crown Prince Mohammed bin Salman, who U.S. intelligence agencies believe ordered the killing in 2018 of Saudi journalist Jamal Khashoggi, with a fist bump shortly after his arrival on the visit.

"No, I don't think so," Sanders, an independent who caucuses with Democrats, said on ABC's This Week with George Stephanopoulos when asked if Biden should have made the visit.

"You have a leader of the country who was involved in the murder of a Washington Post journalist. I don't think that type of government should be rewarded with a visit by the president of the United States," Sanders said.

The killing of Khashoggi, a Saudi insider turned critic who had been living in self-imposed exile in Virginia, is a major point of contention between the two countries. Bin Salman, the de facto Saudi ruler, denies ordering it.

Biden on Friday said he told the prince that he held him responsible for Khashoggi's murder. A Saudi official present at the meeting said the exchange was not as Biden described.

The trip was intended to reset relations with Saudi Arabia, which Biden had said he'd isolate internationally. His struggle to reduce record-high gasoline prices this year has complicated the situation as the United States urges oil-producing nations to boost production to offset Russian losses following Western sanctions on Moscow over its invasion of Ukraine.

As a presidential candidate, Biden had said that the kingdom should be made a "pariah" on the world stage because of Khashoggi's murder. Sanders ran against Biden in the Democratic Party presidential primary.

Sanders said the United States should impose a windfall profit tax on oil companies instead of cozying up with Saudi Arabia.

"Look, you got a family that is worth $100 billion, which questions democracy, which treats women as third-class citizens, which murderers and imprisons its opponents," he said of the Saudi royal family.

"If this country believes in anything, we believe in human rights, we believe in democracy, and I just don't believe that we should be maintaining a warm relationship with a dictatorship like that," Sanders said.

By The Levant - 40 mins ago
By Courtney Doggart and Phesheya Nxumalo With the apathetic passing last month of a constitutional referendum solidifying President Kais Saied’s unchecked powers, Tunisia has confirmed its ignominious status as the biggest disappointment of the Arab Spring, having gone from a democratic success story to dictatorship in just over a decade.  As analysts and commentators lament the loss of Tunisia’s […]
Read story