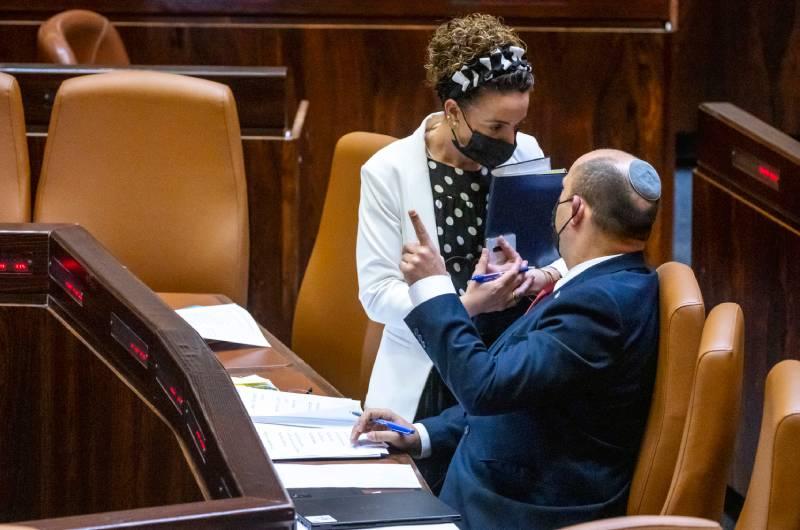 An Israeli lawmaker quit the government’s wafer-thin ruling coalition over a religious dispute on Wednesday, throwing the fragile alliance into disarray without a majority in parliament.

Backbencher Idit Silman’s departure raises the possibility of new parliamentary elections less than a year after the government took office. While Prime Minister Naftali Bennett’s government remains in power, it is now hamstrung in the 120-seat parliament and will likely struggle to function.

Silman, from Bennett’s religious-nationalist Yamina party, had opposed the distribution of leavened bread and foodstuffs in public hospitals — in breach of religious tradition during the Passover holiday, public broadcaster Kan reported.

The Knesset is currently in recess, and it remains unclear if the opposition will now have enough support to hold a no-confidence vote and send Israelis to the polls for the fifth time in just over three years.

Silman, said she “cannot lend a hand to harming the Jewish character of the state of Israel and the people of Israel,” and would work to form a right-wing government, Kan reported.

Israel has held four elections in two years in a protracted political crisis over Netanyahu’s fitness to rule while on trial for corruption. The deadlocked elections were finally broken in June when Bennett and his allies ousted Netanyahu after 12 years in office by cobbling together a coalition of unlikely allies.

Netanyahu, now opposition leader, congratulated Silman and “welcomed her back home to the nationalist camp.”