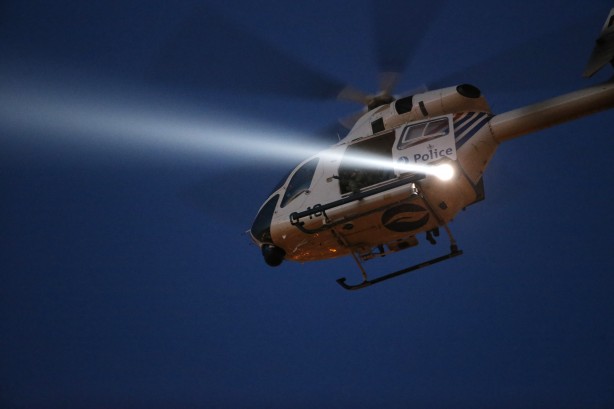 Belgium at the epicenter of the war for Europe

By John Lloyd for REUTERS --

With every bloody episode that detonates in the countries of the European Union, another nail is driven into its coffin. The bombings in Brussels were a virtuoso act: committed in the capital of political Europe, one taking place in a metro station near the European Commission headquarters itself.

The attacks were mounted a few days after the capture of Salah Abdeslam, the one remaining militant believed to be still at large after the Paris attacks in November — an almost operatic revenge.

The mixture of confidence and technical skill that lay behind the Brussels blasts can’t fail to drive in the message. The growing army – a word advisedly used – of men and women drawn into the field of the so-called Islamic State see themselves as combatants, see the world about them as a battlefield and see Europeans as enemies.

The London-based anti-Jihadist Quilliam Foundation said last night that it had warned of a “full-scale jihadist insurgency” for a year, and added that “no insurgency is sustainable, let alone possible, without the levels of residual support it commands for its core ideological aims, among the communities from which it draws its fighters.”

The group, founded by three young men who had been affiliated with the Jihadist organization Hizb ut Tahrir and woke up to renounce the cruel nihilism they had embraced, believes there is such residual support. All those who have committed terrorist acts in Europe have been raised — some born — in Europe. They were citizens of European states. Unable or unwilling to integrate into society, drinking great draughts of jihadist propaganda available on the Net that told them of past and present crimes visited on the Islamic world by the “crusaders” and the “Zionists,” the susceptible among them became radicalized. The boldest among them took up arms.

Thousands have gone to Syria to fight. Many have returned disillusioned; some have returned with their convictions strengthened. Belgium, with 650,000 Muslims, mostly in Brussels, counts at least 440 who have gone to Syria. In France, at least a thousand are reckoned to have joined IS, and the French intelligence services have warned that the growth in membership is out of control.

Belgium is the weak link, long known to be. Jihadism is stronger, more open there than anywhere else in the EU. The run-down suburb of Molenbeek, heavily Muslim, is an area of sanctuary for jihadists, the place to which Abdeslam returned and appears to have sheltered after the Paris slaughter, evading capture for months. In June 2012, members of Sharia4Belgium attacked the Molenbeek police station after a woman was arrested for refusing to remove her face veil. Last February, a judge was due to sentence 45 men charged with recruiting for IS: only eight came to court, the others were in Syria.

Fouad Belkacem, a fiery preacher, formed Sharia4Belgium in 2010 after seeking advice from members of the banned UK group al-Muhajiroun. The journalist Ben Taub wrote that “his followers underwent a rigorous ideological training program, with daily lectures and regular consultations, by video with a militant preacher in Lebanon… (they) came to think of the fighters as heroes defending their religion against corrupt Crusaders. In early 2012, a few of them were detained in Yemen under suspicion of trying to join al Qaeda. Later that year, the first Sharia4Belgium member travelled to Syria. Dozens followed.”

Belgium is hardly a state: the two parts of it — Flemish speaking Flanders and French-speaking Wallonia — have their own governments, and come together, notionally, for foreign affairs, defense and macroeconomic issues. There are a complex of police forces and institutions, often with few links, which makes the central government’s response to crime and terrorism much weaker than most other European states. The main intelligence service, Tthe Surete de L’Etat, has 600 personnel to monitor nearly 1,000 “persons of interest.” (It’s reckoned that a dozen officers are needed to keep proper surveillance of one suspet on a 24-hour cycle). Last week a Belgian counter-terrorism official admitted to a Buzzfeed journalist: “We just don’t have the people… we don’t have the infrastructure to properly investigate or monitor hundreds of individuals suspected of terror links… It’s literally an impossible situation.”

After the victims of the Brussels blasts, the most immediate sufferers will be the hundreds of thousands clamoring to get into the EU and find a peaceful home and work to do. To say that nearly all are likely to make good citizens is now no use. It defies belief that among them there will not be those whom IS have planted to come into Europe in order to wage jihad, or that a few among them will not fall for IS propaganda. Ed West, deputy director of the British conservative group UK 2020, believes that “radical Islamism thrives in the absence of other identities, which is why it is especially prevalent among second-generation immigrants, who are more likely to feel alienated and torn between cultures…. Religion provides the comfort of certainty, something politicians have failed to see because they have assumed that particular Western values are universal or inevitable, when they are actually quite unusual and fragile.”

The EU had open borders, though they are closing now, and the speed of closure will accelerate. It does not have open intelligence sharing. The UK’s main services, MI5 (domestic) and MI6 (foreign) are reckoned the best in Europe, (certainly by themselves), and share intelligence within the so-called “five eyes” group – which counts the United States, Australia, Canada, New Zealand as the other members. Others have tried to take part, but been rebuffed. There is insufficient trust that outside of the five eyes secrets will be kept and thus sources will be safe. (The Snowden leaks dented the belief that the five eyes are secure).

The European Commission President Jean-Claude Juncker floated the idea of an EU intelligence service. It quickly died, as he and his advisers realized that sharing of intelligence would be severely limited, and building a new service would be the work of decades.

Tuesday was a day of blood, torn limbs and official “shock”. But why shock, now? Battle has been joined. As it intensifies, the dream of an ever-closer Union becomes ever more remote. People, frightened, turn to the authorities they know: their own national leaders and security services. And they see Europe, with its generosity, liberality and military weakness not as the answer, but as the problem, even the threat.

In Britain, most wind is presently in the sails of those who clamor for a vote to leave the EU in the referendum fixed for June. In Germany, the right-wing Alternative fur Deutschland did well in regional elections earlier this month. In France, Netherlands, Sweden, Italy, the far-right anti-immigrant parties grow ever more popular. In Central Europe, the post Communist states, led by Hungary, were the first to put up the razor wire and refuse all entry.

Brussels, March 22, 2016, is another fell date to enter in a sanguinary calendar. Nothing can yet stop it.