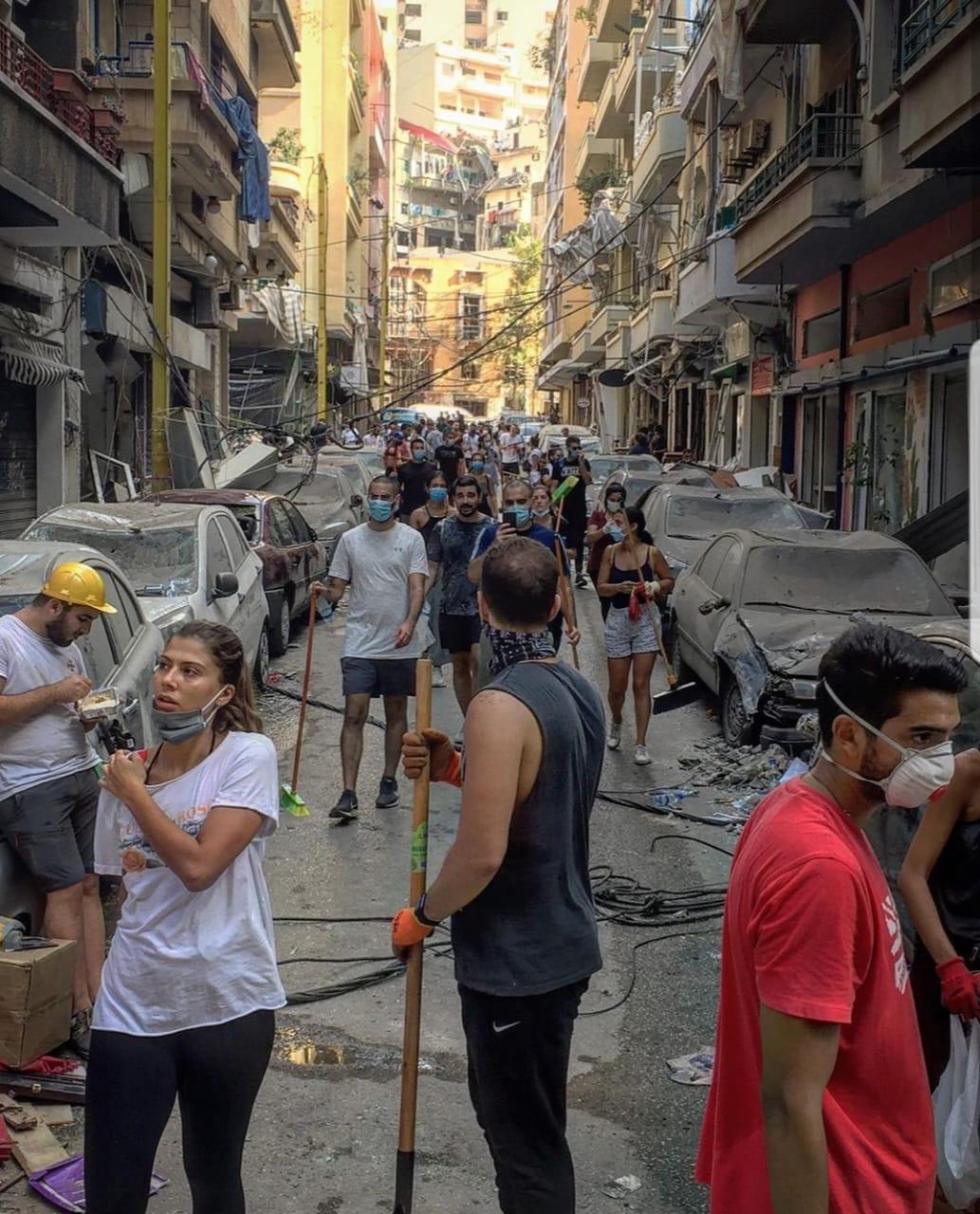 A month after the infamous August 4th blast, an award-winning photographer and filmmaker, Fadia Ahmad, returns to Beirut to help rebuild what she can of her broken city.

By Marco Mattiussi
Retracing her usual itinerary of 10452 steps through the streets of Beirut, Fadia seeks to portray the aftermath of the explosion that shook Lebanon to its core. “Beirut, The Aftermath” is the movie resulting from this search.

"Beirut the Aftermath" is, without any doubt, a profoundly heart-breaking movie for whoever has ever loved Beirut. While documenting the devastating effects following the third-largest explosion registered in human history, this movie is, more than anything else, a cry of love towards the city of Beirut.

Through the words of the people that were there at the moment of the explosion and somehow managed to survive the blast, Fadia carries us on her journey through what remains of the city and shows us the deep wounds that history has decided to inflict, once again, to Beirut and its inhabitants.

There is a stark contrast between the harshness of the images rolling in front of the eyes and the somehow poetic words used by the director to describe the city. This movie is a legacy made to ensure that the unforgivable violence done to Beirut on the 4th of August 2020 will never be forgotten.

Asked about the reasons behind this movie, Fadia Ahmad said: “This documentary is a memoir of Lebanon. It has an archival value. They will try to erase what happened, just like they have erased history before.”

“The news showed the blast and its aftermath but not the psychological impact on Beirut’s residents. So, I felt this need to give the message to the world and the future. To keep a trace of what happened,” she added.

Along with Fadia, we too believe that this kind of legacy is much needed in Lebanon, where there is this frustrating tendency to remove the memory of the past.

“Beirut, The Aftermath” will be showing in Lebanon every day at 7:00 pm only, starting on May 5th exclusively in Grand Cinemas Abc Achrafieh and Abc Verdun.

The movie is also available in France and the USA (where Fadia is currently touring to promote it). It will be soon distributed in other Countries to keep the memory of the Lebanese and the world alive.

By Marco_Mattiussi - 2 months ago
The Lebanese will be called to vote for a parliamentary election in one week (Sunday, May 15th). A vote for what has been defined as a crucial moment for the future of the Country. For the first time in the democratic history of the country, a large part of the Lebanese Diaspora is allowed to […]
Read story

By Marco_Mattiussi - 2 months ago
A month after the infamous August 4th blast, an award-winning photographer and filmmaker, Fadia Ahmad, returns to Beirut to help rebuild what she can of her broken city. By Marco MattiussiRetracing her usual itinerary of 10452 steps through the streets of Beirut, Fadia seeks to portray the aftermath of the explosion that shook Lebanon to […]
Read story

Will Lebanon ever see light at the end of the tunnel?

By Marco_Mattiussi - 2 months ago
A random Saturday night at Martyrs Square in Beirut Central District. Hundreds of spectators gathered for another public screening of the award-winning film Enough: Lebanon’s Darkest Hour by Lebanese-born Australian journalist and filmmaker Daizy Gedeon (57). By Arthur Blok and Marco MattiussiEnough! is a docu-movie with a bold, straightforward message: Lebanon’s corrupt political class represented by the […]
Read story