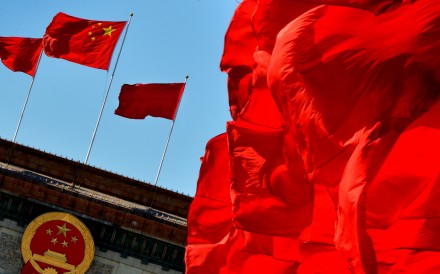 A new round of U.S. tariffs on $16 billion worth of Chinese imports kicked in on Thursday, prompting Beijing to retaliate with its own levies on American goods worth the same amount.
The latest trade escalation comes as officials from the world's two largest economies meet for tariff negotiations in Washington.
At 12.01 a.m. EDT on Thursday, the U.S. began collecting additional 25 percent duties on 279 Chinese import product categories identified by U.S. Trade Representative. Key products that will be hit by the duties include semiconductors, chemicals, plastics, motorbikes and electric scooters.
Beijing retaliated with its own fresh tariffs on $16 billion worth of additional imports from the U.S. including fuel, steel products, autos and medical equipment. The levies took effect the same time that the U.S. tariffs were imposed on Thursday, state news agency Xinhua reported, citing an announcement from the Customs Tariff Commission of the State Council.
China "resolutely opposes" the latest tariffs by the U.S. and will fight back against the latest duties, the Chinese Commerce Ministry said in an online statement, adding that Beijing will file a complaint to the World Trade Organization against the U.S.
The latest American tariffs — which come on the back of $34 billion worth of Chinese goods that were implemented in July — have spurred U.S. importers to place additional orders to be shipped and delivered ahead.
That has already contributed to higher ocean and air freight rates, and elevated warehousing costs in America, said Henry Ko, managing director for Asia at Flexport, a U.S.-based freight forwarding company. Overall, the entire supply chain will incur additional costs, added Ko.
"If trade war actually continues, prices for products across many industries will increase," Ko told CNBC.
Little respite seen
U.S. and Chinese officials met on Wednesday in Washington for a new round of trade talks, but many are not expecting an easy compromise.
“You do not want to give Jeff Bezos a seven-year head start.”
Hear what else Buffett has to say
Even the U.S. president is not expecting much progress. Donald Trump told Reuters on Monday that he did not "anticipate much" from the talks led by U.S. Treasury Under Secretary David Malpass and Chinese Commerce Vice Minister Wang Shouwen.
The talks are the first formal interaction between U.S. and Chinese officials since June, when U.S. Commerce Secretary Wilbur Ross unsuccessfully sought to secure major Chinese purchases of U.S. soybeans and liquefied natural gas.
"I don't see this ending soon, that's for sure," said Scott Kennedy, deputy director of the Freeman Chair in China Studies at the Center for Strategic and International Studies.
"The gulf between the Trump administration and the Chinese is as wide as the Pacific and it looks like it's getting wider because the Trump administration thinks they are winning," Kennedy told CNBC.
How do tariffs work?
4:53 AM ET Mon, 20 Aug 2018 | 04:47
"The Chinese don't look like they want to give in either. So I think the way this continues to play out is further escalation, finger-pointing and blaming, not a settling down of this anytime soon," Kennedy added.
Trump has threatened to impose duties on over $500 billion of Chinese goods exported annually to the U.S. unless China agrees to sweeping changes in its intellectual property practices, industrial subsidy programs and tariff structure.
Beijing has denied Washington's allegations that it systematically forces the unfair transfer of U.S. technology and insists it adheres to World Trade Organization rules.
"I think really if the hawks in the Trump administration get their way, where this ends is in a disengagement of the two economies, not in a settlement through the kinds of negotiations that have been going on in Washington today," said Kennedy.
Afterall, these are "two sides who still think they have the upper hand if not the ability to withstand pressure from the other side," Kennedy added, noting that the Chinese economy is still growing even though its stock markets have taken a hit recently.
Markets should expect bilateral tit-for-tat trade actions to continue for the foreseeable future as both the U.S. and China have managed to convince themselves that they wouldn't "lose out in this trade war too much," said Bo Zhuang, chief China economist at investment research firm, TS Lombard.
Beijing will allow the Chinese yuan to "passively devalue" in order to cope with the impact of the U.S. tariffs although authorities will likely blame any decline in thecurrency on the markets, Zhuang said.
"One way or the other, they have to do something. Otherwise the Chinese economy is going to tumble," Zhuang added.
Source: CNBC News