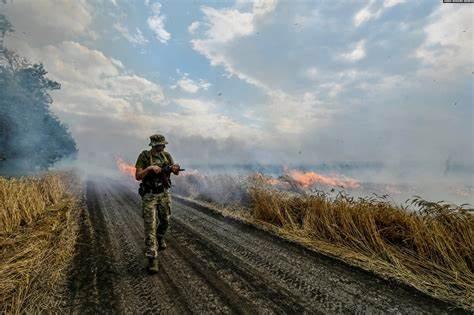 Following lengthy negotiations mediated by Turkey and the UN, Russia has agreed to unblock Ukrainian ports to allow the export of grain. It’s expected that the deal will make it possible to export 22 million tons of Ukrainian wheat, corn, and other cereals that have accumulated in the ports of Odesa, Chornomorsk, and Yuzhne. More importantly still, the release of that volume of grain onto the market should bring down global wheat prices, sparking a chain reaction and lowering other food prices too. Sure enough, when news of the deal broke, the price of wheat on the Chicago Board of Trade tumbled by 5 percent, back to prewar levels.

Under the agreement, Ukrainian naval vessels will escort the ships carrying the grain. Russia will not attack the warships, or any port infrastructure. Turkey and the UN will inspect the cargo ships to make sure they are not being used as a front to smuggle anything else, such as weapons. Kyiv says it will need about ten days to get the ports ready and to clear the shipping corridors of mines that have been laid since the start of the war.

In previous years, Russia and Ukraine together accounted for almost a third of the world’s export of wheat and barley. The deliveries went mainly to the Middle East and Africa, which now face a sharp increase in the number of undernourished people. The return of Ukrainian grain to the global market and the easing of restrictions on Russian agricultural exports should reduce the pressure on prices and make them more predictable.

Kyiv’s reasons for signing the agreement are obvious: Ukraine will be able to earn some much-needed foreign currency. Unblocking the ports will bring Kyiv “billions of dollars,” according to Ukrainian Prime Minister Denys Shmyhal. The UN, for its part, has strengthened its authority by brokering the deal, as well as drawing attention to the threat of famine in developing countries. Turkey has demonstrated that it can be an effective mediator in the Russia-Ukraine conflict, and will likely also make money by processing Russian and Ukrainian grain before it is shipped to consumers in the Middle East.

Moscow’s motives need some more explanation. One major factor in Russia’s decision to sign the agreement was Moscow’s partner states in the Middle East and North Africa. Since the beginning of March, the leaders of countries as diverse as Turkey, Egypt, Iran, Saudi Arabia, and Israel have all voiced their concern to Moscow—both formally and informally—over the blocking of grain exports via the Black Sea. Problems with food supplies, they argued, could destabilize the region, just as they did during the Arab Spring.

Another incentive for Moscow to sign the agreement was that unblocking Ukraine’s ports will also remove obstacles to Russia’s own grain and fertilizer exports. Easing sanctions to facilitate Russian agricultural exports wasn’t officially a part of the agreement, but was successfully negotiated in parallel with the United States and European Union.

That made the deal well worth Russia’s while: in 2021, Russia earned $11 billion from exporting grain. The easing in sanctions that Moscow was offered in exchange for signing the agreement will enable it to take advantage of the current high prices on the global market and to make efficient use of its own record harvest.

There are also plenty of reasons for the Kremlin to want to ensure that the biggest Russian agricultural holdings are able to retain their export revenues. Agriculture Minister Dmitry Patrushev is the eldest son of Security Council Secretary Nikolai Patrushev. The second biggest grain exporting company, Demetra Holding, is part-owned by structures within the Marathon Group belonging to Alexander Vinokurov, son-in-law of Russian Foreign Minister Sergey Lavrov. The N. I. Tkachev Agrocomplex is owned by former agriculture minister Alexander Tkachev. And the owners of the Miratorg meat producer, the Linnik brothers, have been linked to former president Dmitry Medvedev’s wife.

Several Russian banks also stand to gain from the deal, since their frozen assets could be partially unfrozen by the EU in order to avoid delays in paying for agricultural produce. Those banks include Bank Rossiya (owned by Putin’s friends Yury Kovalchuk and Nikolai Shamalov), and Promsvyazbank (the main bank used by Russia’s defense sector).

It’s not just agricultural exports that are at stake for Moscow, but imports too, which will also be made easier by the grain deal. Russian farmers are heavily dependent on imported seeds for almost everything except wheat, for which the country is self-sufficient. Nearly 90 percent of potato seeds, for example, are imported, along with about 70 percent of rape seeds, and from 30 to 90 percent of fruit and berry crop seeds. Sanctions had also made it difficult for farmers to protect their crops from pests and disease: about one-third of plant protection products are imported, mostly from China and the EU.

In terms of livestock breeding, Russia meets 70–75 percent of its own needs, though much of the stud stock is imported from abroad, particularly in poultry and pig farming. It would be practically impossible to change that any time soon. Russian farmers are also dependent on imported veterinary products: only 30 percent of the required volume is made in Russia.

Finally, the easing of sanctions in exchange for Russia signing the grain deal could make it easier for Russia to import agricultural machinery and spare parts. In 2021, imports made up more than 75 percent of the Russian agricultural equipment market, coming largely from Germany and the Netherlands.

This year’s harvest might pass without problems, but next year’s is far from guaranteed under the current sanctions. If the sector is forced to go backwards and start using more primitive fertilizers, pesticides, and harvesting machines, that will all reduce output. And without importing seeds, breeding stock, and equipment, nothing less than Russia’s food security could be in jeopardy.

Even these significant advantages, however, are no guarantee that Moscow will abide by the deal, as evidenced by Russia’s cruise missile strike against the port of Odesa less than twenty-four hours after signing the deal. Russia claimed it was attacking military infrastructure. Technically, the agreement signed in Istanbul has not been violated if no grain infrastructure is reported to have been damaged. It’s likely that the Kremlin wants to show once again that compromises on individual issues do not mean that Russia is prepared to soften its overall demands of Ukraine.

Moscow may decide at any moment to withdraw unilaterally from the agreement, despite all the benefits for Russian farmers and the economy. During the past five months, President Vladimir Putin has made it clear time and time again that economic logic is of little use in trying to predict his actions. 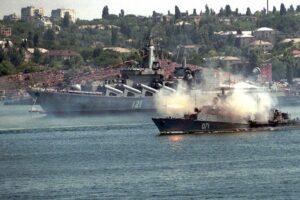 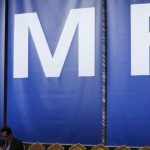 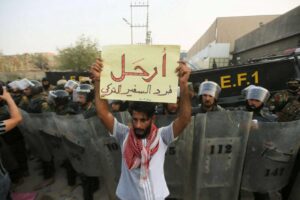 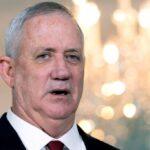 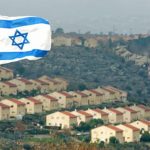 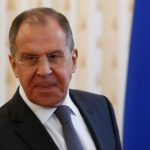 Lavrov in Cairo to stem tide of anti-Russian sanctions 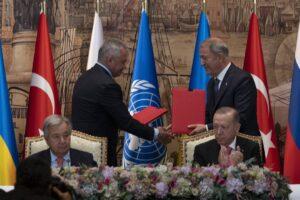 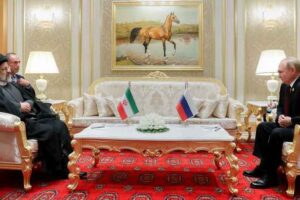 By The Levant - 53 mins ago
By Courtney Doggart and Phesheya Nxumalo With the apathetic passing last month of a constitutional referendum solidifying President Kais Saied’s unchecked powers, Tunisia has confirmed its ignominious status as the biggest disappointment of the Arab Spring, having gone from a democratic success story to dictatorship in just over a decade.  As analysts and commentators lament the loss of Tunisia’s […]
Read story