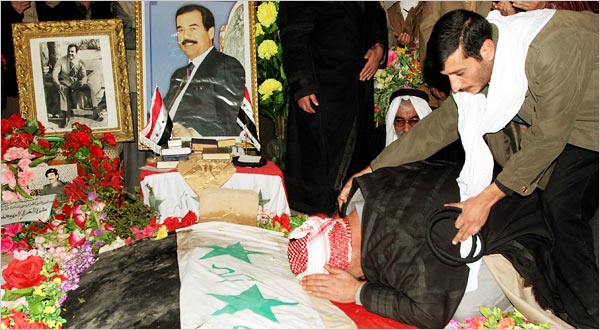 BBC News Arabic revealed on Wednesday the findings of a major survey conducted in the Middle East and North Africa region between 2021-2022.

Approximately 23,000 people were interviewed across Egypt, Iraq, Jordan, Lebanon, Libya, Mauritania, Morocco, Sudan, Tunisia and Palestinian on a wide range of topics, including democracy, women’s rights, the economy and race.

Conducted between October 2021 and April 2022, the survey was commissioned by BBC News Arabic in partnership with Arab Barometer, a research network based at Princeton University.

Sam Farah, head of BBC News Arabic, said: “The Arab World Survey 2021/2022 is vital in helping us to understand what people living in the Middle East and North Africa think about the pressing issues affecting their lives.”

One of the most noteworthy findings is that faith in democracy is in rapid decline in the countries surveyed.

Over 50 percent of participants in Tunisia, Sudan, Jordan, Lebanon, Iraq, Libya, and Palestine believe that their country’s economy is weak under a democratic system, with Iraq having the highest number of people who appear to have lost faith in democracy (72 percent).

That said, the majority of people in all countries surveyed believe that while democracy may have problems, it is still better than other political systems.

In Mauritania, Tunisia, Libya, Sudan, Lebanon, Jordan, Iraq and the Palestinian territories, more than half of those surveyed agreed with the statement that their country needs a leader who can bend the rules if necessary to get things done.

Another notable finding is that people believe economic conditions are worsening.

Lebanon is ranked lowest out of all the countries in the survey, with less than 1 percent of Lebanese surveyed saying that the current economic situation is good.

Overall, most people surveyed do not expect that the economic situation in their country will improve in the next few years. Some optimism exists, nevertheless. In six countries, over a third of surveyed citizens say the situation will be better or somewhat better in the coming two to three years.

Of those surveyed, many have experienced food insecurity and scarcity and say that often or sometimes they did not have money to buy more food. The struggle to keep food on the table was most acutely witnessed in Egypt and Mauritania, where around two in three people said this happened sometimes or often.

In general, attitudes toward the role of women in the region are slowly becoming more progressive, apart from Morocco where 49 percent of Moroccans said men are better at political leadership than women.

While attitudes regarding the role of women were improving, the majority of participants believe that violence toward women has increased, with 61 percent of participants in Tunisia agreeing with this statement.

In terms of attitudes toward world leaders, US President Joe Biden’s MENA policies are viewed as being not much better than those of Trump, but the US withdrawal from Afghanistan is widely supported in surveyed countries.

Finally, more than a third of people in all countries surveyed except Egypt agree that racial discrimination is a problem, with Tunisia having the highest number of people agreeing with this (80 percent).

However, 82 percent of Egyptians say that there is no racial discrimination at all against black people.

By The Levant - 21 mins ago
By Courtney Doggart and Phesheya Nxumalo With the apathetic passing last month of a constitutional referendum solidifying President Kais Saied’s unchecked powers, Tunisia has confirmed its ignominious status as the biggest disappointment of the Arab Spring, having gone from a democratic success story to dictatorship in just over a decade.  As analysts and commentators lament the loss of Tunisia’s […]
Read story