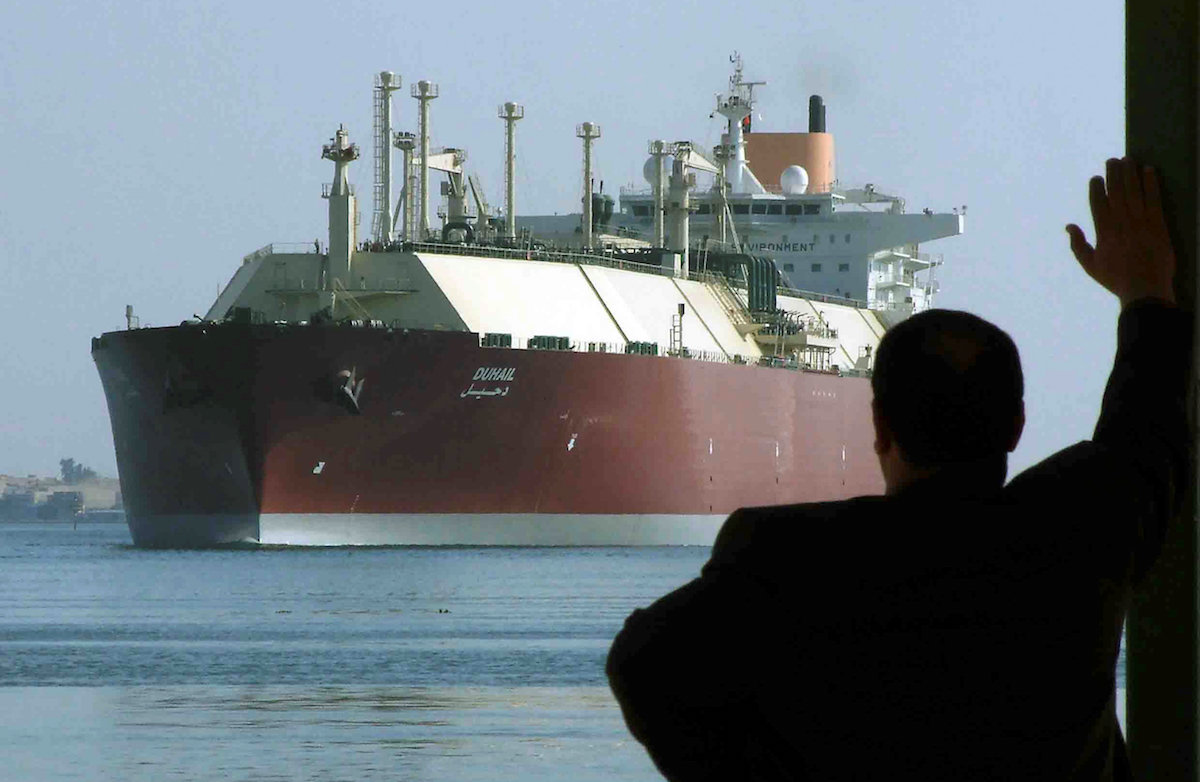 Turkey said on Friday that an Iranian tanker at the center of a confrontation between Washington and Tehran was headed to Lebanon after changing course several times, although Beirut said it was not informed of the plan.

However, Turkish Foreign Minister Mevlut Cavusoglu said the tanker, which was carrying 2 million barrels of oil when released at Gibraltar, was headed to “the main port in Lebanon.”

On the sidelines of a forum in Oslo, Cavusoglu told Reuters that Turkish President Tayyip Erdogan spoke of the ship’s coordinates with British Prime Minister Boris Johnson on Thursday. “We are monitoring (the tanker) very closely,” he added.

In response, Lebanese Finance Minister Ali Hassan Khalil told Reuters in a separate interview: “We have not been informed of the Iranian oil tanker Adrian Darya heading (here).”

The apparent confusion underlines the risk of reprisal that countries face taking in the tanker, which was located west of Cyprus and facing north mid-Friday after a series of turns in the Mediterranean Sea, according to tracking data.

The tanker was released from detention off Gibraltar in mid-August after a five-week standoff over whether it was carrying Iranian oil to Syria in violation of European Union sanctions.

The United States, which says the tanker is controlled by the Iranian Revolutionary Guards, which it considers a terrorist group, has told countries in the region not to help the vessel.

Beirut port - the country’s major gateway – is unlikely to have facilities for fully laden supertankers that require deep-water facilities to dock.

Shipping sources say the tanker would need to conduct a ship-to-ship transfer before being able to enter the port or potentially discharge its cargo offshore towards Lebanon’s Tripoli port further north, which is closer to Syria’s coastline between Lebanon and Turkey.

Beirut and Tripoli ports have both served as transhipment hubs for cargoes bound for Syria in recent years during Syria’s conflict.

An Iranian government spokesman was quoted on Monday as saying Iran had sold the oil aboard the tanker and that the vessel’s owner, whose identity he did not disclose, would decide its destination.

When the ship was released at Gibraltar, Iran assured the United Kingdom that the cargo was not headed to Syria.

After its release, it stated that its destination was the Greek port of Kalamata, then Turkey’s Mersin. On Thursday, it abruptly changed course, making almost a U-turn away from the Turkish coast.

While west of Cyprus on Friday morning, it did a similar maneuver, doubling back on itself.

Tags:
although Beirut said it was not informed of the plan., Turkey said on Friday that an Iranian tanker at the center of a confrontation between Washington and Tehran was headed to Lebanon after changing course several times