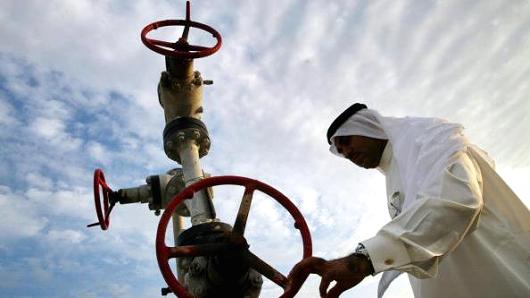 International companies will be selected to partner with Bahrain for the oil production phase in December 2019, Crown Prince Salman Bin Hamad Al Khalifa has said.
He said that in line with King Hamad Bin Eisa Al Khalifa’s directives to prioritise oil exploration, operations should be expedited and the necessary frameworks be put in place to attract international companies to partner with Bahrain on production activities.

A number of wells will be installed as part of a research and evaluation phase that will start in October 2018 and will be completed in June 2019, he added.
The research and evaluation phase will include geological surveys to determine the recoverable quantities of oil.
Production of the recently discovered Khaleej Al Bahrain basin, anticipated to comprise 80 billion barrels of oil in place, will begin within five years, Prince Salman, who is also Bahrain’s First Deputy Prime Minister, said as he chaired the 20th meeting of the Higher Committee for Natural Resources and Economic Security on Sunday evening.

Optimising international investment opportunities within Bahrain’s energy sector is highly significant in generating positive returns and ensuring oil and gas activities continue to contribute to the Kingdom’s development programme, he said.
The Khaleej Al Bahrain discovery will hold significant long-term benefits to the Kingdom’s economy and its citizens and will reflect the central role that investment in downstream industries and exploration is playing as part of the Kingdom’s diversification efforts.
Bahrain on April 1 announced the discovery of the largest tight (light crude) oil and deep gas quantities in the Kingdom’s history in the Khaleej Al Bahrain Basin, located off the west coast of the country.
“The find represents the largest discovery of oil in the Kingdom since 1932, when extraction started on Bahrain’s first oil well within the Bahrain Oil Field. The new resource is forecast to contain highly significant quantities of tight oil and deep gas, understood to dwarf Bahrain’s current reserves,” Prince Salman was quoted as saying by Bahrain News Agency.