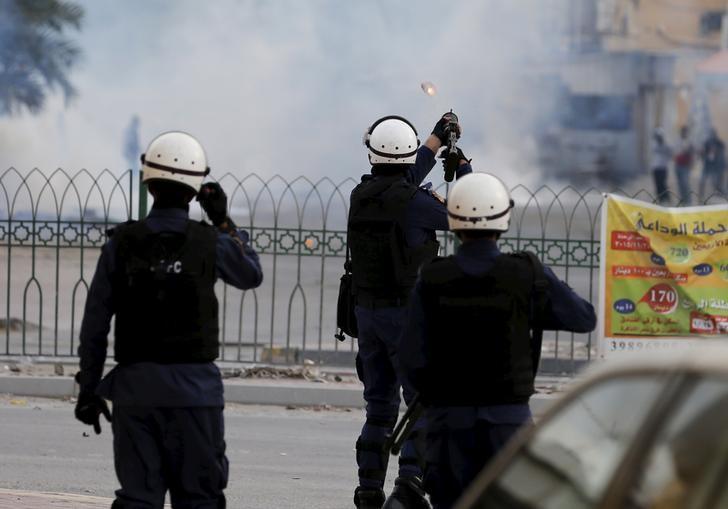 Riot police fires tear gas at protesters during clashes after a protest against the execution of prominent Shi'ite Muslim cleric Nimr al-Nimr by Saudi authorities in village of Sitra south of Manama, Bahrain, January 5, 2016. REUTERS/Hamad I Mohammed/Files

Bahrain has rejected the European Parliament (EP) resolution on the human rights situation in the Kingdom, affirming its lack of evidence, state news agency BNA reported.

Bahrain has always exerted efforts to promote human rights and the resolution does not reflect that, Defence and National Security Committee Deputy Chairman Isa Al-Dosari.

He further said that such reports are based on incorrect facts to serve foreign agendas against the Kingdom.

The EP has expressed its concern of the human rights situation in the country, expecting it to worsen. It referred to arbitrary arrests, the continued use of the death penalty, prosecution of human rights defenders, and the continued denial of civil and political rights and freedoms of association, assembly, and expression.

“The EU Parliament’s resolution is unilateral and ignored Bahrain’s human rights strides in light of the reform project led by His Majesty King Hamad bin Isa Al-Khalifa,” he said.

Al-Dosari called on the European Union to reconsider its reports and transparency, adding that multiple institutions follow legal activities to promote human rights in the country.

Bahrain’s relations with the EU are based on friendship and mutual respect, chairman of the Foreign Affairs, Defence and National Security Committee at the Council of Representatives, MP Mohammed Al-Sisi Al-Buainain said.

He also rejected any foreign intervention and guardianship on the country’s people, especially – he said –  when the matter was based on “unfair and suspicious sources.”

Al-Buainain further affirmed that the EP had not contacted the elected Representatives Council, adding that Bahrain’s human rights system had achieved “remarkable strides” citing the ‘Open Prison” policy which aims to ensure that convicts and detainees are treated according to the highest human rights laws.

Al-Buainain urged the EP to visit the kingdom and verify the facts about the human rights situation in the kingdom.

Earlier on Thursday, the Arab Parliament rejected the EP resolution, saying it represented a blatant interference in the country’s domestic affairs. It further urged the EP to stop making itself the guardian of Human Rights situation in the Arab countries.

Previous Latest bomb attack in Herat leave many dead, injured
Next US uses human rights as excuse to pressue Egypt