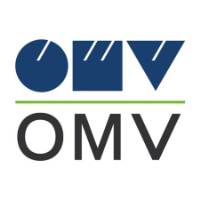 Austrian oil producer OMV AG and Abu Dhabi National Oil Co are set to sign a partnership deal later this month to produce oil from offshore fields in the Gulf, according to people with knowledge of the matter.
The agreement will be signed in Abu Dhabi after months of negotiations, the people said, asking not to be identified because the talks are confidential. An Adnoc media official and an OMV spokesman declined to comment.

Adnoc, which produces almost all of the UAE’s oil, has been awarding new concessions to foreign investors to gain access to technology and finance and to secure markets for its crude. The remaining interest left to be awarded is 20 per cent of the Umm Lulu and Sateh Al Razboot oilfields in the Gulf. In February, Spain’s Cia Espanola de Petroleos SA agreed to pay $1.5 billion (Dh5.5 billion) for a 20 per cent stake in development rights for the same fields.
OMV, which has increased cooperation with Russia’s Gazprom PJSC in recent years, is starting to look beyond Russia to “balance out our portfolio,” Chief Executive Officer Rainer Seele said in an interview earlier this year. The company’s €10 billion ($12 billion) mergers and acquisitions budget for the years to 2025 could include upstream and downstream investments in Abu Dhabi, Seele told investors last month.
Previous winning bidders for stakes in Adnoc’s assets include India’s state-owned Oil & Natural Gas Corp and China National Petroleum Corp.
OMV, whose second-largest shareholder is Abu Dhabi’s state-run investment company Mubadala, would be the second firm with links to the country to win a stake in the new concessions. Spain’s Cepsa is wholly owned by Mubadala. Austria owns 31.5 per cent of OMV.