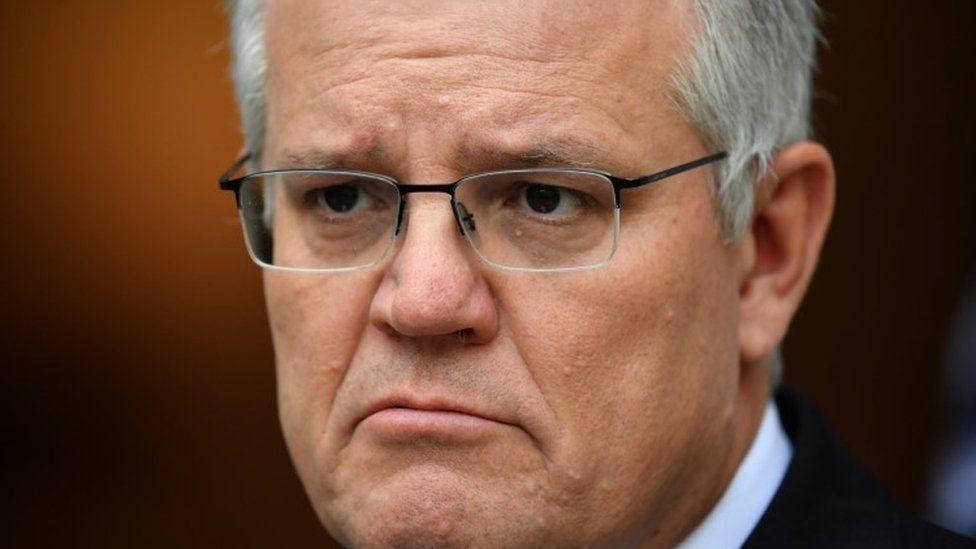 Australian Prime Minister Scott Morrison on Sunday rejected claims he launched his political career by vilifying a rival over his Lebanese heritage and stoking rumors he was Muslim.

Two members of Morrison's party signed legal declarations stating he told them back in 2007 that his competitor in a local election, Michael Towke, was too risky for the Liberals to back as their candidate.

This was due to his ethnic background, the pair claimed, and "a strong rumor" the Lebanese Christian was actually Muslim, according to reports in The Saturday Paper.

"I could not reject this more fundamentally," Morrison told reporters Sunday, adding that close to an election people "make all sorts of things up, because they have other motivations."

Morrison is expected to call an election within days, seeking to capitalize on a recent budget stocked with sweeteners, but he had little chance to sell it before the scandal erupted.

The allegations date from early in his political career, when he was battling to become a candidate for the Sydney seat of Cook, where in 2005 white and Lebanese Australians brawled on a beach during the racially-charged Cronulla riots.

Towke told newspapers on Sunday that among tactics used to unseat him from Cook in 2007, "racial vilification was front and center and (Morrison) was directly involved."

The 15-year-old claims surfaced after Morrison's Liberal party colleague Concetta Fierravanti-Wells alluded to them on Tuesday during an extraordinary attack on the prime minister in parliament.

"In my public life, I have met ruthless people. Morrison tops the list," she said, adding that he "is not fit to be prime minister."

The lashing by a member of his own party piled further pressure on Morrison, who must close a 10-point gap between his conservative government and the Labor opposition to hold on to power in the election, which is due by mid-May.