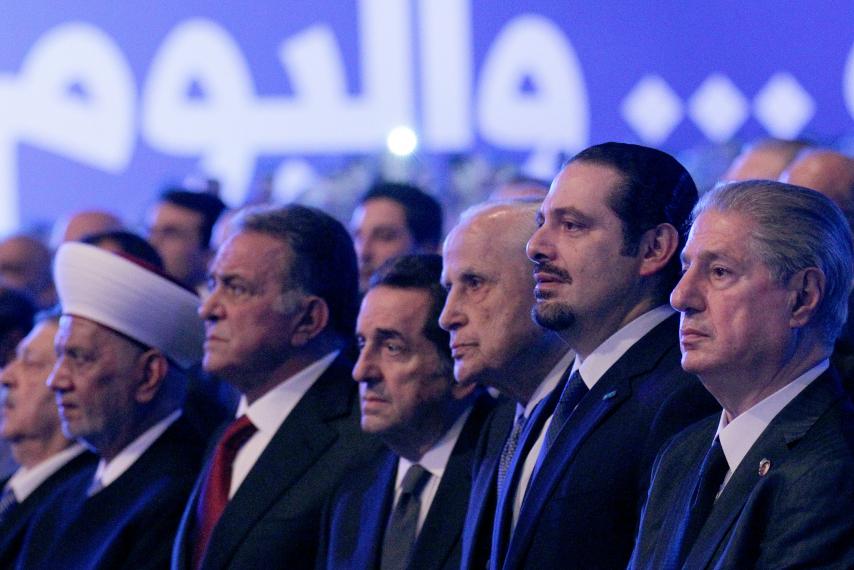 Zawqan Abdelkhalek, a nurse at the American University of Beirut’s (AUB) medical centre since 2012, was laid off on Friday along with hundreds of colleagues as even hospitals buckle under the weight of Lebanon’s economic collapse.

“I have a baby daughter, I need to get her food and water and pay for her vaccines,” the 29-year-old said. A currency crash means his pension in Lebanese pounds is now worth just around $500, he said.

He blamed the ruling elite for daily power cuts, skyrocketing prices and pushing the country to the brink.

“You can’t do anything anymore ... who’s hiring today? This is where they got us, and now they tell you ‘go plant crops and buy candles, you’ll be fine’, while we just move backwards,” he said.

The AUB, one of the country’s oldest universities and a regional medical hub, did not respond to requests for comment.

Local media and employees said the institution laid off more than 500 workers, mainly in administrative and nursing departments.

Its president, Fadlo Khuri, had said there would be staff cuts as the financial meltdown and the coronavirus pandemic hit revenues. He told Reuters in May the private institution faced its biggest threat since its foundation in 1866.

At least 220,000 jobs in the private sector were shed between October and February, a survey by research firm InfoPro showed, with the figures only expected to get worse.

Mahmoud Edelbe, a maintenance worker at AUB who also lost his job on Friday, said his monthly income was only around $100 since the Lebanese pound, known as the lira, lost nearly 80% of its value on the parallel market.

“Are we the burden on the university?” he said near dozens of ex-employees crowding the hospital entrance. “We get the short end of the stick, we who have nobody to back us or help us.”

Some AUB alumni on social media criticised the heavy security presence near the campus and medical centre during the layoffs on Friday. A Reuters witness saw 10 army vehicles nearby.

“I spent days and nights at this university, it’s my home,” said Khaled al-Homsi, 59, a father of five who worked there for 35 years. “And in the end you get tossed out.”

He worried about the future, with job prospects bleak. “Now a million lira is worth a $100, what can I even do with it?”