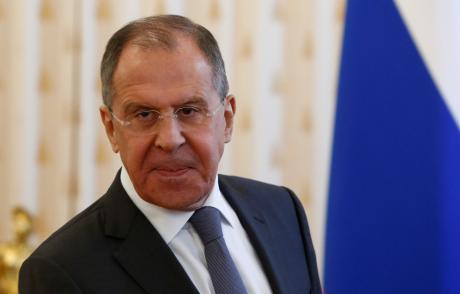 At height of Ukraine war, Lavrov to meet GCC heads

Lavrov, who was in Bahrain on Tuesday, is expected to meet ministers from Saudi Arabia, the United Arab Emirates, Oman, Kuwait, Qatar and Bahrain in the GCC headquarters in Riyadh, the officials said, asking not to be named.

The focus of the talks was not clear, although the officials said the six Gulf ministers would also hold an online meeting with Ukrainian Foreign Minister Dmytro Kuleba later on Wednesday. They declined to give details.

Gulf states have stayed neutral in the Russia-Ukraine conflict despite Western calls to help isolate Moscow. Oman's foreign minister said in remarks published by his ministry on Saturday that the crisis required a European solution and that a posture of "you are with us or against us" would not work.

Lavrov's visit will take place a day before a meeting in Vienna of OPEC+, an oil alliance that includes Gulf producers and Russia. OPEC+ is set to stick to last year's deal that will see another modest monthly output increase by the group in July.

Saudi Arabia and other members of the Organization of the Petroleum Exporting Countries have so far resisted pressure from the United States to boost crude output more sharply to prices which have rocketed higher, partly due to the Ukraine crisis.

Riyadh says high oil prices are caused by geopolitics, stretched refining capacities and higher taxes in the Western world rather than supply concerns.

U.S. President Joe Biden and his team have been considering making a stop in Saudi Arabia and Israel after he travels to summits in Germany and Spain in late June, sources have said.

Two senior U.S. officials visited Saudi Arabia last week for talks that covered energy and other issues but did not include calls for boosting Saudi oil exports, the White House said.