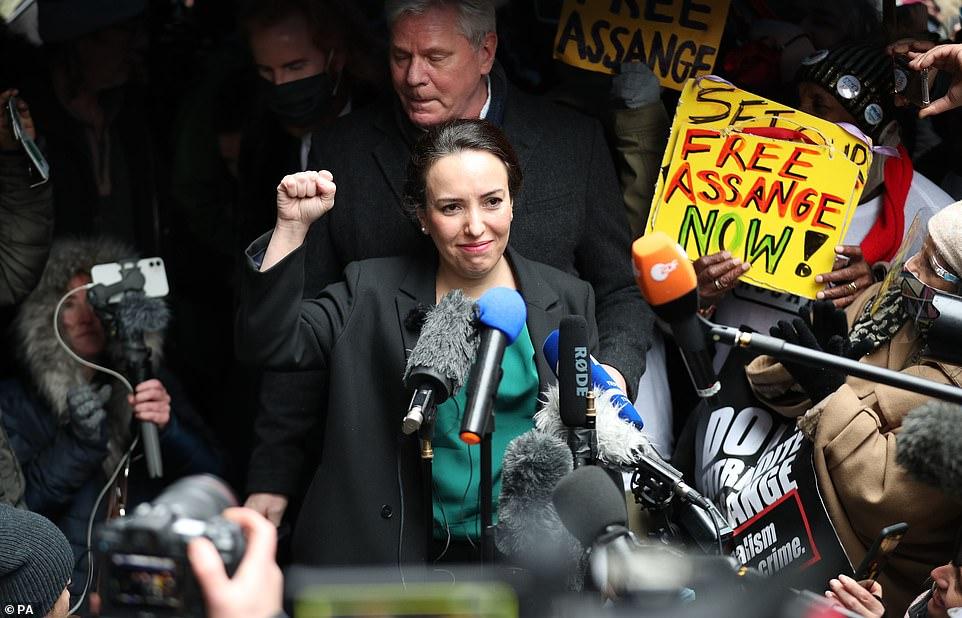 President Joe Biden must let Julian Assange go free if he wants the United States to become a beacon for a free press once again and put the legacy of Donald Trump behind it, the fiancée of the WikiLeaks founder told Reuters.

Washington has sought the extradition of Assange over his role in one of the biggest ever leaks of classified information, accusing him of putting lives in danger by releasing vast troves of confidential US military records and diplomatic cables.

He has now spent nine years in jail or self-incarceration in Britain, and both Assange’s fiancée Stella Moris and the British judge overseeing the extradition request have warned he may not survive a process to send him across the Atlantic.

“If Biden really wants to break with the Trump legacy, then he has to drop the case,” Moris told Reuters in an interview. “They can’t maintain this prosecution against Julian while saying that they defend a global press freedom.”

When Barack Obama served as president and Biden was his vice president, the US decided not to seek Assange’s extradition on the grounds that what WikiLeaks did was similar to journalistic activities protected by the First Amendment of the Constitution.

Weeks after taking office Trump administration officials stepped up public criticism of Assange and later filed a series of criminal charges accusing him of participating in a hacking conspiracy.

The US Justice Department said in February it planned to continue to seek the extradition for Assange to face hacking conspiracy charges.

Moris said the couple were planning to marry soon at the top-security Belmarsh prison where he is being held.
US prosecutors and Western security officials regard Assange as a reckless enemy of the state whose actions threatened the lives of agents named in the leaked material.

Supporters pit him as an anti-establishment hero who exposed US wrongdoing in Afghanistan and Iraq and say his prosecution is a politically-motivated assault on journalism that gives a free pass to oppressive regimes around the world.

WikiLeaks came to prominence when it published a US military video in 2010 showing a 2007 attack by Apache helicopters in Baghdad that killed a dozen people, including two Reuters news staff.

An effort to extradite him was launched in 2019 after he was detained in London after taking refuge in Ecuador’s embassy in the British capital for seven years to avoid being extradited to Sweden.

British judge Vanessa Baraitser said in January that although she accepted the US legal arguments in the case, she said Assange’s mental health issues meant he would be at risk of suicide if extradited, leading to her rejecting the request.

Moris, who has two young boys with the Australian-born Assange, said the 49-year-old was very low but still fighting. She likened his treatment as akin to the way some journalists are treated in China and Saudi Arabia.

“I think there’s no doubt that Julian wouldn’t survive an extradition,” she said.

She argued that any robust democracy had to accommodate internal dissent. “A superpower that has a free press is very different in nature from one that does not.”

She said she is hopeful that the case will be viewed differently under a Biden administration, but refused to say if his legal team had held talks with US officials.

Despite that hope, she said the couple were planning to marry soon inside Belmarsh, once the paperwork is done, rather than wait to hear his fate.

She said Assange had been given a huge lift recently when she was allowed to take their two sons to visit, allowing him to touch his children for the first time in over a year.

“He was happy to see us, but he’s struggling,” she said. “He’s very low but he’s fighting. He has the hope that this will end soon.”