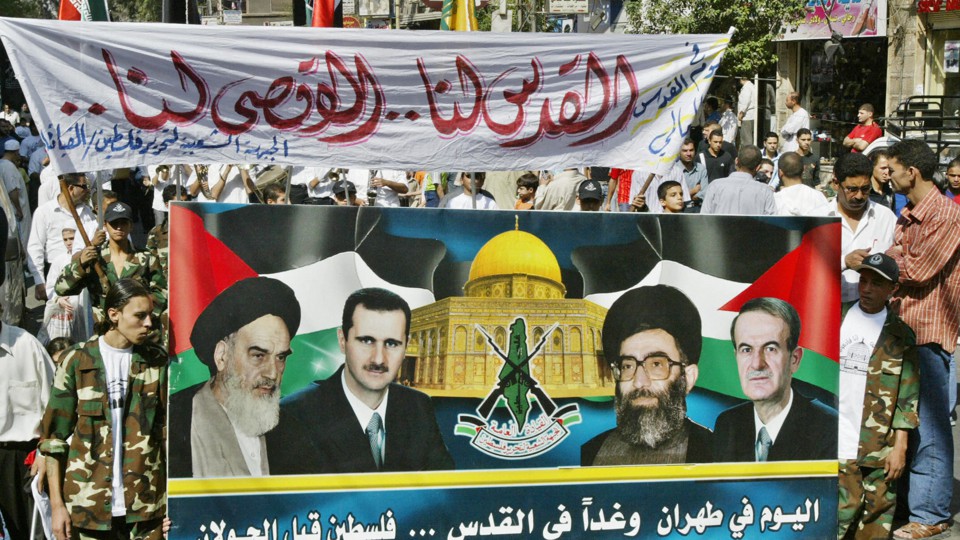 Assad in Iran for first time since civil war

Syrian President Bashar al Assad made his first public visit to his closest regional ally Iran since the start of Syria’s war in 2011, meeting Supreme Leader Ayatollah Ali Khamenei in Tehran on Monday and championing their alliance, state media reported.

Syrian and Iranian state television showed footage of Assad and Khamenei smiling and embracing, and Syrian TV said the two leaders agreed “to continue cooperation at all levels for the interests of the two friendly nations”.

Assad regained the upper hand in Syria’s war with the help of Russian air power, Iranian and Lebanese Hezbollah forces, retaking all key population centers from rebels and militants backed variously by some Western powers and Gulf Arabs. The insurgency against his rule is now seen to have collapsed.

It was Assad’s first known foreign visit other than to Russia since the war began, and his first to Tehran since 2010.

Assad was quoted by Syrian state TV as saying he told Khamenei that regional countries should not heed the wishes of Western powers led by the United States to “sow chaos” against Syria and Iran.

“Western escalation will not steer (Iran and Syria) away from defending their own interests,” a state television statement quoted Assad as saying.

Iranian state media said Khamenei praised Assad as a hero who had strengthened the alliance between Iran, Syria and Hezbollah.

“The Islamic Republic of Iran sees helping Syria’s government and nation as support for the resistance movement (against Israel) and is deeply proud of doing it,” Khamenei said, Iranian TV reported.