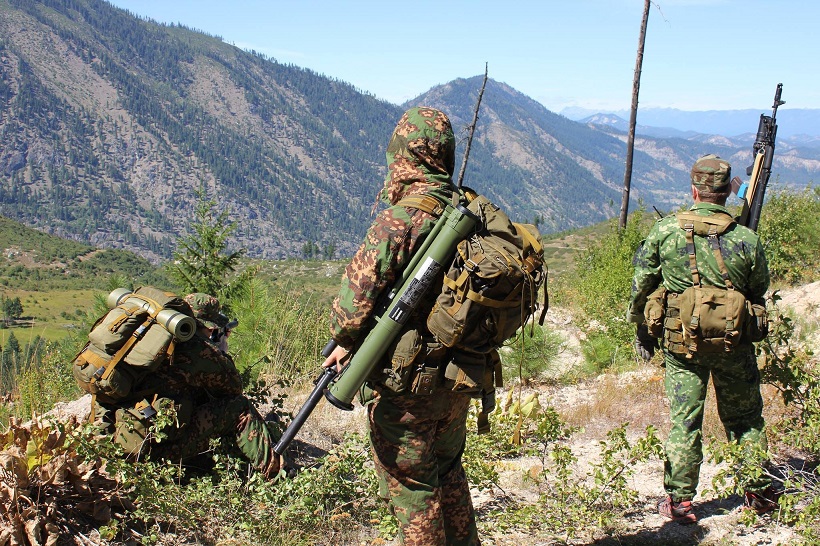 Armenia-Azerbaijan: The impotence of the Russia-led CSTO

For Armenia, Russia already proved to be an unreliable ally. The Kremlin seems to continue implementing its “balanced” policy in the Caucasus, trying to prevent any possible confrontations with Azerbaijan, while at the same time demanding from Yerevan to make painful concessions to Baku.

Pashinyan reportedly chaired an emergency meeting of the nation’s Security Council, and wrote a letter to the Russian President Vladimir Putin asking for help.

“I turned to the Russian President so that Russia would provide assistance to Armenia in this situation, including military assistance," Pashinyan said during an extraordinary session of the Armenian parliament.

Surprisingly enough, it was French President Emmanuel Macron, rather than Putin, that openly supported Armenia.

“Azerbaijani armed forces have crossed into Armenian territory. They must withdraw immediately. I say again to the Armenian people: France stands with you in solidarity and will continue to do so”, wrote Macron on Twitter.

CSTO
Meanwhile, Pashinyan instructed acting ministers of foreign affairs and defense to take measures to launch the Collective Security Treaty Organization (CSTO) consultations. CSTO, on the other hand, stated that in case of aggravation on the border of Armenia and Azerbaijan, it is ready to take measures within the framework of the Collective Security Treaty.

Such a statement, and clear lack of actions, suggest that the Russia-dominated CSTO is not willing to directly confront Azerbaijan. CSTO (whose members are Russia, Belarus, Armenia, Tajikistan, Kyrgyzstan and Kazakhstan) can always say that there was no additional aggravation, since tensions were lowered, and can call on both sides to find a diplomatic solution for the disputed territory.

It is not the first time that Moscow avoids to protect its ally. During the 2020 war for Nagorno-Karabakh between Azerbaijan and Armenia, Baku captured almost the entire Armenia-backed self-proclaimed Republic of Artsakh that was controlled by the Armenians for decades.

The Kremlin openly refused to interfere, explaining that Baku did not attack Armenia itself but Yerevan’s proxy-state that is formally part of Azerbaijan. Still, according to reports, Baku also attacked positions of the Armed Forces of Armenia, and shelled some Armenian villages close to the border with Azerbaijan.

For the CSTO – which is often described as the Russian equivalent to NATO – it was not a good reason to get involved in the conflict. Even when the Azeri Army downed a Russian military helicopter over Armenia, in November 2020, the Kremlin preferred to turn a blind eye. Thus, it is not surprising that Moscow still hesitates from defending its nominal ally when Azerbaijan penetrates into the Armenian territory.

Nagorno-Karabakh
Even though Macron provided verbal support to Armenia, there is not much France can do to protect the Russian ally. The Caucasus is still in Russia’s sphere of influence, and Moscow hosts a military base in Armenia.

As a result of the Nagorno-Karabakh conflict, Russia deployed its troops to the region, making Yerevan even more dependent on the Kremlin. Still, given that Russia calculates and attempts to balance between its energy ties with Azerbaijan and formal alliance with Armenia, anti-Russian sentiments in the Armenian society are expected to grow.

Sooner or later, Russia will have to get involved and try to find a solution for the Black Lake dispute. The Kremlin is expected to pressure Yerevan to speed up the delivery of concessions to Baku, made in the Moscow-brokered ceasefire agreement that effectively ended the Nagorno-Karabakh conflict last November.

According to the deal, Yerevan is obliged to allow Baku to use a land corridor that would run from Azerbaijan across Armenia to the Azerbaijani exclave of Nakhchivan on the Turkish border. Armenia is making very slow progress since it is aware that the Nakhchivan corridor will de facto end its sovereignty over the southern borders. The very presence of the Azeri troops in Sev Lich is a clear message to the Armenian authorities not to sabotage the Nakhchivan corridor deal.

Moscow, for its part, has to persuade its ally to hand over control over the border area in the south of the country, in order to restore sovereignty over the Black Lake. Indeed, with allies like Russia, who needs enemies?

2 comments on “Armenia-Azerbaijan: The impotence of the Russia-led CSTO”

By Nikola Mikovic - 1 week ago
Armenia and Azerbaijan – two archenemies that fought a full-fledged war in 2020 – seek to normalize relations. Even though prominent global and regional actors such as the United States, the European Union, and Russia encourage the two South Caucasus nations to bury the hatchet, a series of obstacles remain on the road to a […]
Read story

By Nikola Mikovic - 1 month ago
Russia seems to have completely given up on its ambitions to “denazify” Ukraine. The Kremlin’s actions in the Eastern European country can only lead to the demoralization of the Russian population in the Donbas and the additional radicalization of the Ukrainian society. By Nikola Mikovic After Russia released Yulia Payevska, more widely known to the […]
Read story