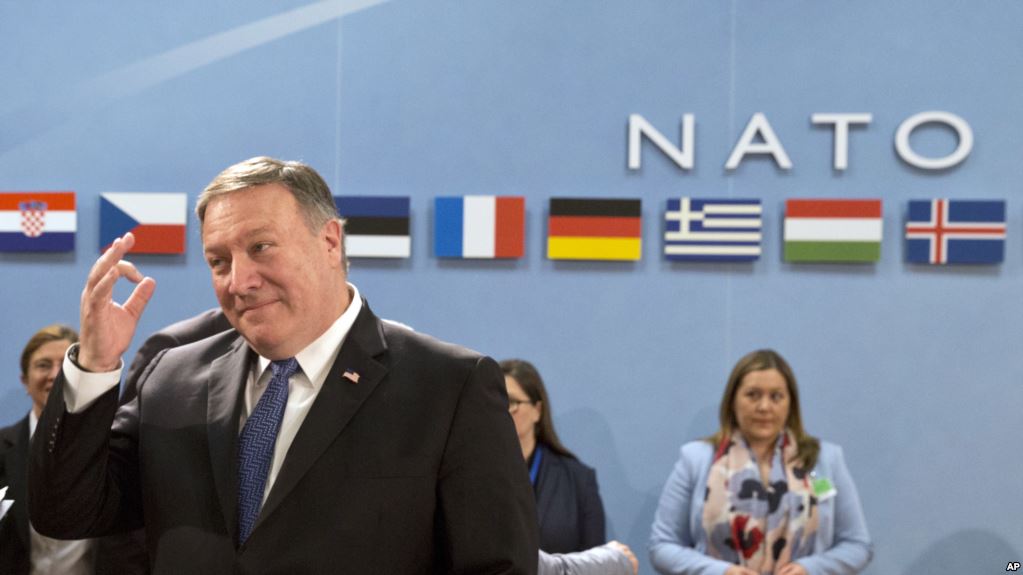 Since 1979, Iran has made every effort possible to ‘export’ its revolution to the rest of the region. It did not succeed, but that has not stopped the regime in Tehran from trying to spread chaos and instability in the Middle East, and interfere in the internal affairs of Arab states.
While many Arab states have increasingly come together to check the spread of Iran’s malign influence, a new security and political alliance with Gulf Arab states, Egypt and Jordan is something that would be welcome.

There have been reports that the Trump administration is quietly pushing Arab states to counter Iran’s expansion in the region, and seeking deeper cooperation between the countries on missile defence, military training, counter-terrorism and other issues.

Officials in Washington and the region are said to be seeking the formation of an ‘Arab Nato’. The idea had originally been raised by Saudi Arabia, which proposed a security pact ahead of President Donald Trump’s visit to the kingdom in May last year. The proposed military alliance will check Iran’s regional expansion. They want to discuss the so-called Middle East Strategic Alliance at a summit that is provisionally scheduled for Washington on October 12-13.

Last year, several dozen Muslim majority countries came together in Saudi Arabia to form a military alliance, which was referred to as an ‘Islamic Nato’. Based out of the kingdom, the alliance mainly aims to counter the scourge of terrorism that this region in particular has suffered from for the past few decades.

The ‘Arab Nato’, on the other hand, will primarily aim to isolate Iran, and enable member states to mount a more robust defence against Tehran’s regional machinations. Increased cooperation between regional states will also enable them to present a united front against Iran, and convey to the regime in no uncertain terms that its activities will not be tolerated anymore. The creation of this alliance will allow member states to overlook differences, and avoid being distracted by short-term goals.

Iran has its fingers in several Middle East pies. It relies on well-armed and trained proxy non-state actors, and branches of its own security apparatus to spread sectarian discord.

It has established deep roots in at least four Arab countries. But the hardline stance the Trump administration has taken on issues such as terrorism and the nuclear deal has alarmed Iran. The establishment of the proposed defence alliance will be another step in this direction.